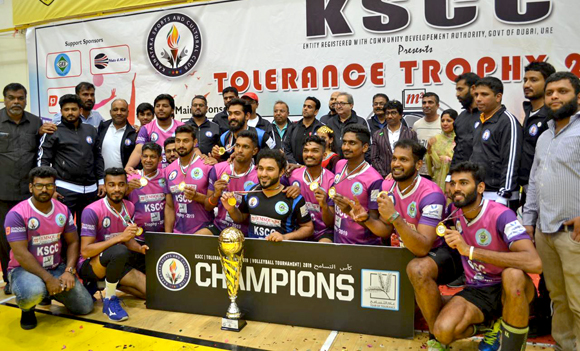 Dubai, Oct 28: The KSCC Tolerance Trophy 2019 volleyball tournament was held under the auspices of the Karnataka Sports and Cultural Club at Al Wasl Club Dubai on October 25, 2019. The event was held as part of the celebrations of the UAE’s Year of Tolerance, an initiative of the Government of the U.A.E. as declared by His Highness Sheikh Khalifa Bin Zayed Al Nahyan, President of the U.A.E. and Ruler of Abu Dhabi.

The event started with the UAE National Anthem. Children dressed up in traditional Emarati attire participated in the opening ceremony. The President of the KSCC, Mr. Mohammad Ismail addressed the gathering and laid down the objectives of the event. The Tolerance Trophy Event Chairman Mr. Afroze Assadi spoke words of motivation and encouragement to all the teams.

The event Vice Chairman Mr. Hafeezuddin was also present on the Dias. The chief guest of the event, Mr. Mohammad Mustafa, Managing Director of Emsquare Eng Consultancy inaugurated the event. In his speech, hehighlighted the importance of teamwork, determination and discipline. He also congratulated the organizers for putting together a professional and well organised event.

As many as 8 well known teams exhibited their fine skills and sportsmanship in an effort to win the Tolerance Trophy 2019. The teams were: Only Fresh, Khan Club, American University in Dubai, Diesel Link, CHS Dubai, Youth India, Heat Shield and Red Cross.The league matches kicked off with all the teams displaying their attractive jerseys at the inauguration event.

Mr. Humaid Ali Humaid Al Hajri, Operations Manager at Jazfza also graced the event and was warmly welcomed to witness the games, in what were some of the finest display of volleyball talents in the UAE. He wished all the success to the event organizers and KSCC executives.

It was a platform for volleyball players and teams to exhibit their talent at the international arena.In 1stsemi-final match, with the help of some stunning smashes and blocks, Diesel Link defeated Only Fresh(25-23&25-18)and made their way into the finals.

The 2nd semi-final match was played between American University in Dubai (AUD) and Heat Shield. With some splendid performances, theAUD defeated Heat Shield (25-19&25-17) and made their entry into the final as well.

The battle to win the Trophy was intense and the final game went down to the wire. Amidst intense excitement and cheering by the crowd, Diesel Linkemerged winners, defeating the American University in Dubai (25-20&25-21).

A guest of honour award was presented to Mr Mohammad Mustafa by the Club President and Event Chairman on behalf of KSCC Club and organizers.

The KSCC also extended a token of appreciation to the match Referees Mr.Mohideen, Mr.SajeevSulaimanand their team members from the Volleyball Federation of India. The Match commentators Ms.Maria Crystal Dsouza and Mr.Vignesh were also appreciated for their contributions in bringing some intense energy and liveliness to the event.

The KSCC also presented a token of appreciation to Mrs.Hajira Fatima for her strong support to the event.

The best attacker title was awarded to Anoosh (Diesel Link), the best setter award was given to Nurush (AUD), while AshwarRai (Diesel Link) was declared the Man of the Tournament.

The winning team, Diesel Link, collected their medals and trophies along with Cash Prizes from the Mr. Mustafa from EMSQUARE Eng Consultants. The Runners up Trophy and cash prize was awarded to American University in Dubai by Mr. Afroze Assadi.

KSCC also thanked Burjeel Hospital for their support in setting up and managing the First Aid counter at the event.

KSCC specially thanked the Community Development Authority, Government of Dubai and Al Wasl Club for their support and encouragement towards organizing this event.

The event was hosted byMr. Tanveer Ahmed from Dubai. 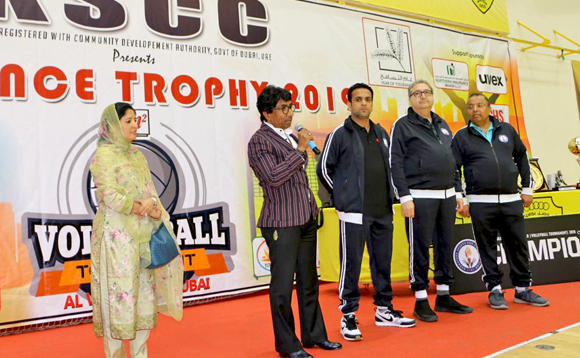 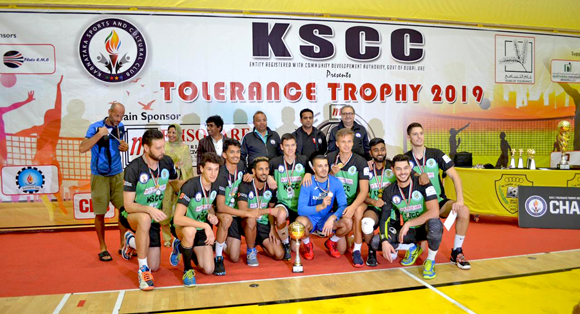 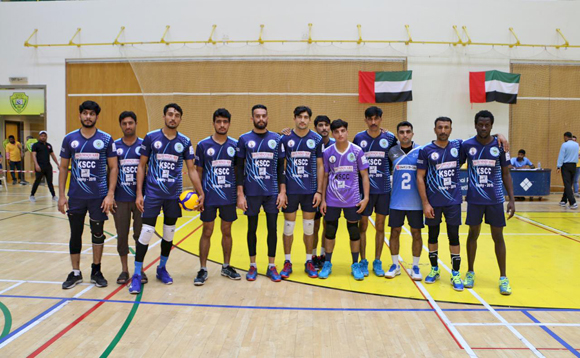 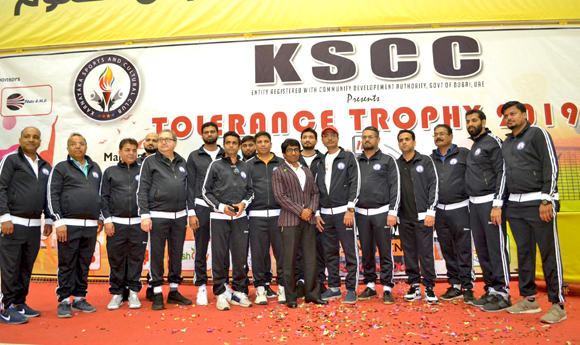 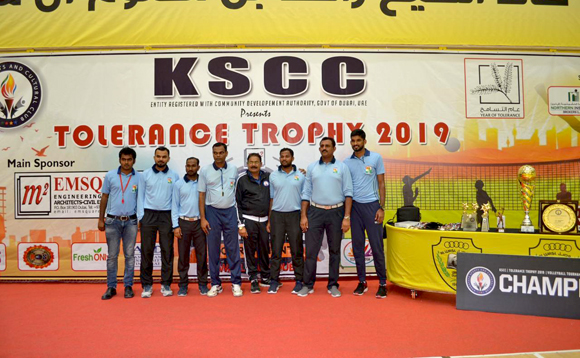 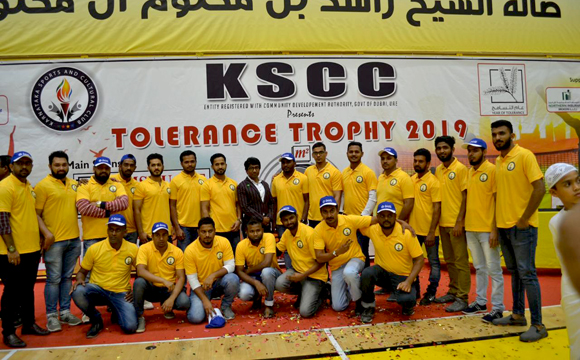 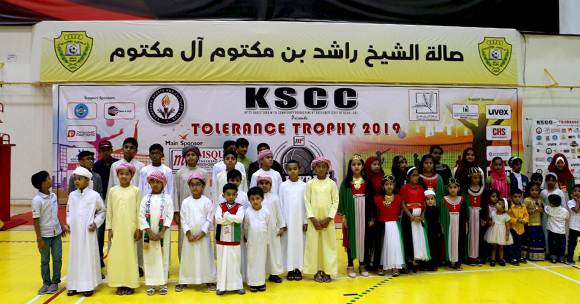 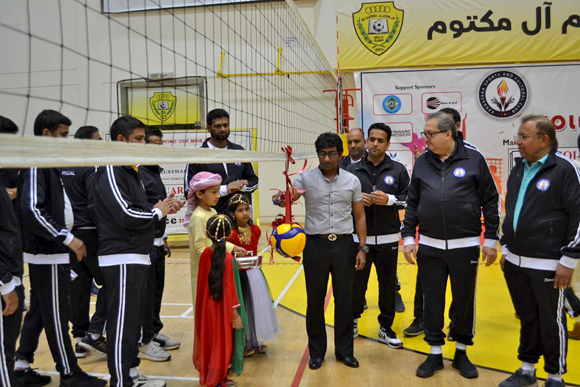 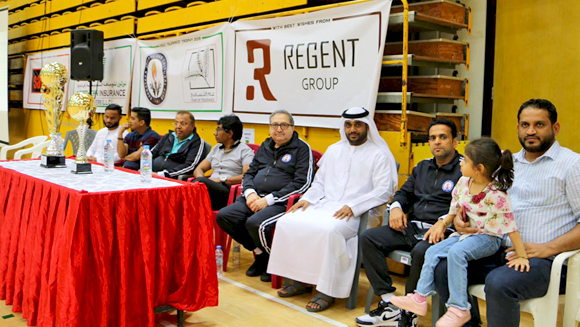 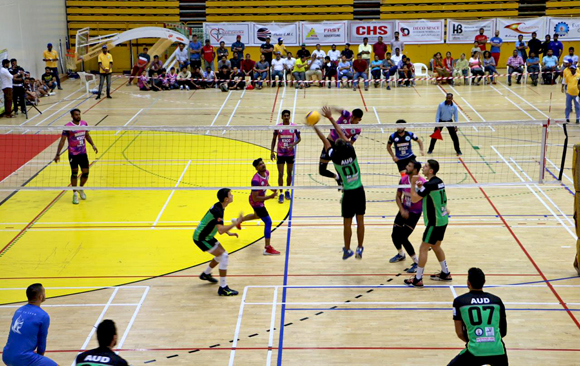 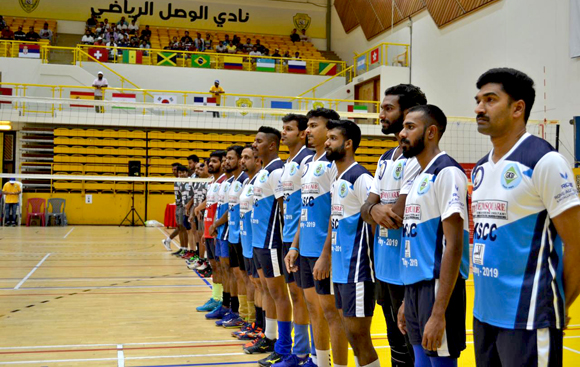 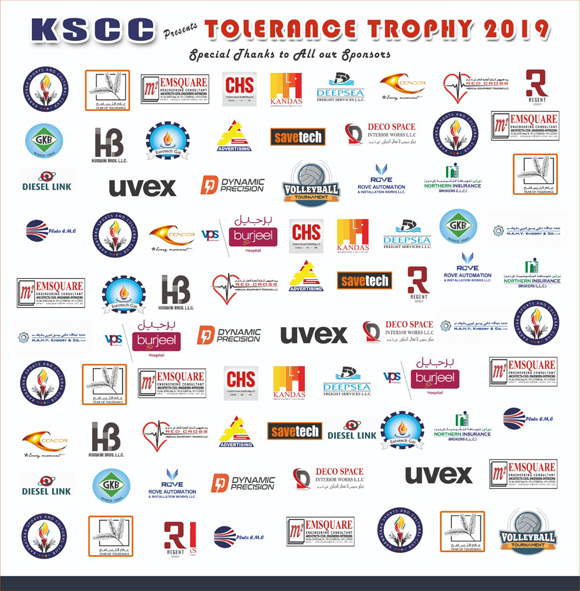