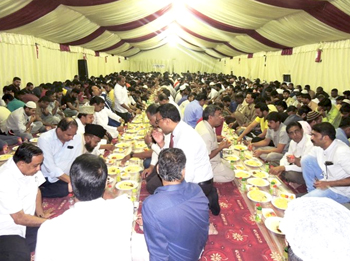 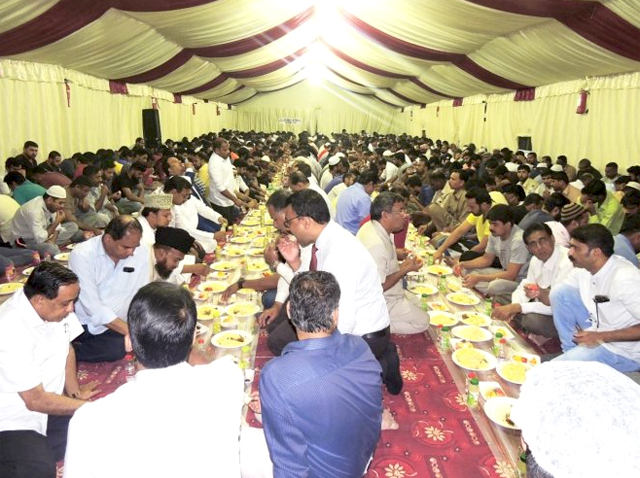 Dubai, May 18: A Kerala Muslim centre here is serving Iftar meal every day to more than 2,500 people from all walks of life, according to a media report.

Iftar is the evening meal with which Muslims end their daily Ramzan fast at sunset.

There are 210 volunteers, divided into seven groups, who ensure smooth and clean distribution of Iftar meals, Gulf News reported.

"Most of the volunteers are drivers, A/C maintenance workers, office assistants and people who do other routine jobs. But, we also have businessmen and professional executives who have been volunteering with us," Ebrahim Elettil, president of the Kerala Muslim Cultural Centre’s (KMCC) said.

"When we started the community Iftar in 2012, we were serving only 1,500 people. Over the years, the number of people coming to have iftar increased. On average we serve 2,550 Iftar meals. Our volunteers are the pillars of this success,” Elettil said.

Even people with disabilities are part of the team. The preparation for the volunteering team, who also fast, begins a month before Ramzan.

"The registration of new members and renewal of old members is done and they are assigned duties in rotation. They are also trained by hygiene officers from some hotels. Every day we have about 150 volunteers present," Ebrahim Iritty, chairman of the volunteers' wing, was quoted as saying.

The volunteers arrive several hours before the Iftar time to take care of all the necessary arrangements. Lieutenant Colonel Khalifa Ali Rashid, assistant director at the al-Muraqqabat police station said that the KMCC volunteers were doing an amazing job by serving such a large number of people from all walks of life.