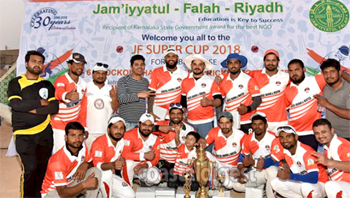 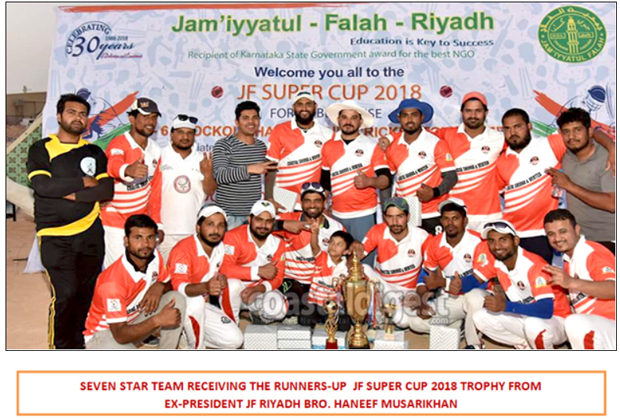 12 teams took part in the tournament with the matches being played on Friday 5th October 2018 (1 day tournament) from 6:30 am to 5:30 pm. Teams were divided into two groups (A & B). The first round and quarter final were played from 6:30am to 11:30 am where 4 teams qualified for the semifinals (Seven Star, Dheera Guys, Azamghard XI and Rajdhani Riyadh) and semi-finals and final were played in the afternoon from 2:30 pm to 5:30 pm.

In reply Dheera Guys started very strongly in the initial overs but Seven Star control the situation by taking wickets on regular intervals.   The match was in a critical stage. Dheera Guys required 30 runs in 3 overs. On the 4th over Nasser of Dheera Guys struck 2 sixes and in the 5th over 1 six and got out.  The 3 sixes by Nasser was the turning point which brought Dheera Guys close to their target. In the last over Dheera Guys needed 7 runs to win.   Dawood Kodi was the bowler from Seven Star to bowl the last over and the batsman was Hasan and Radeeq.  In five balls Dheera Guys scored only 3 runs and need 4 runs in the last ball of the match.  On the striker end it was Hasan to take the last ball of Dawood Kodi to hit the final ball.   It was a very tense moment for both the teams. Dawood bowl the ball which was short on the leg side and Hasan took all the advantage to hit the ball over the fence for a Six.  Dheera Guys won the match and claim the championship trophy of JF Super Cup 2018.  That’s the Cricket at its Best.  It was a thrilling final and all the spectators and guest appreciated and congratulate both the teams for their all-round performance.

The tournament was a great success due to the dedication and hard work of all the sport team of JF Riyadh (Bro. Mohammed Farooque, Bro. Rafique, Bro. Shariff Ahmed, Bro.Azmatullah Khan, and Bro.Salman Noor).   Preparation, match arrangement & supervision were carried out by all JF-Riyadh executive committee members to complete the tournament in best possible and professional way.

Bro. Akhtar Sheikh (NRCC Ameer) gave a brief description about Jam'iyyatul Falah and its activities for the noble cause to all the present guest and players who were available during the prize distribution ceremony.

Mr. J. Shetty, Mr. Khader, Mr. Bhaskar and Mr. Azeez were honored for their service during the tournament. Finally, Bro. Nazeer Ahmed (President of JF- Riyadh) being the host of the ceremony thanked all the guests, sponsors, participating teams and Executive Committee Members of JF Riyadh for extending their support for this noble cause and making this event a grand success.

JF-Riyadh would like to thank all the sponsors and participating team for their support and cooperation. Also would like to congratulate the winning team (Dheera Guys) & Runner-up team Seven Star for their splendid performance and entertainment. 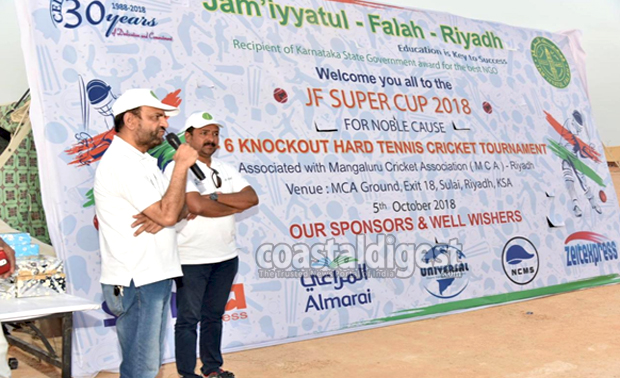 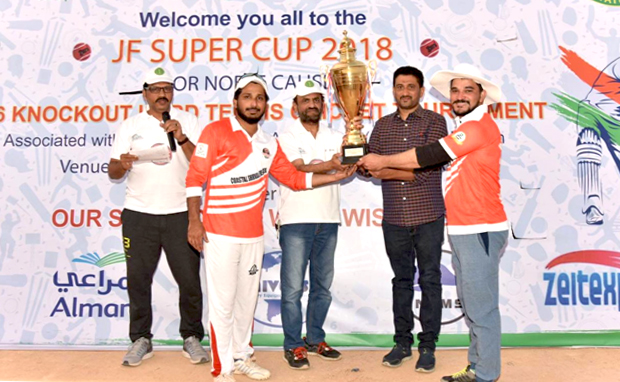 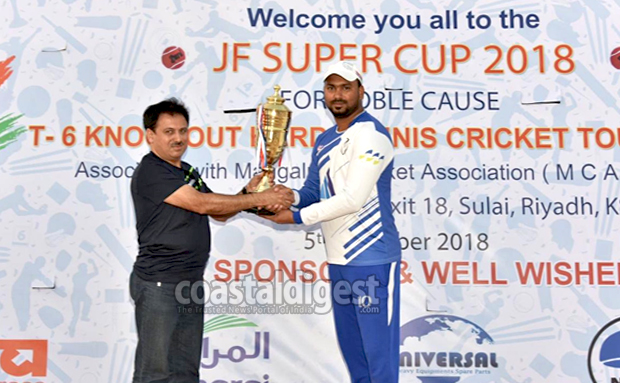 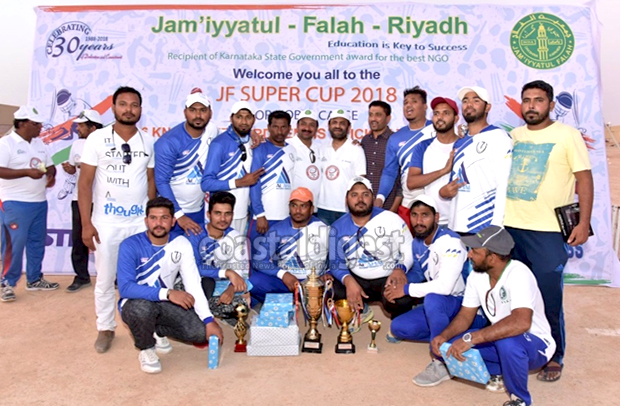 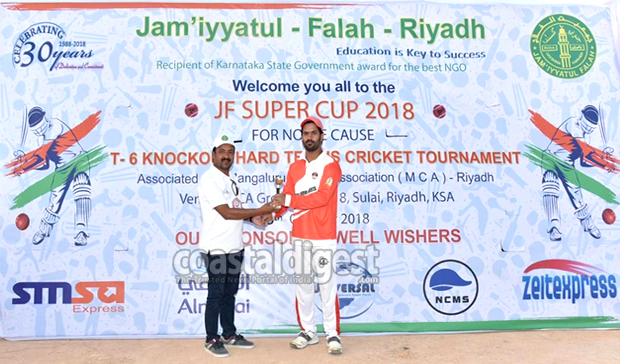 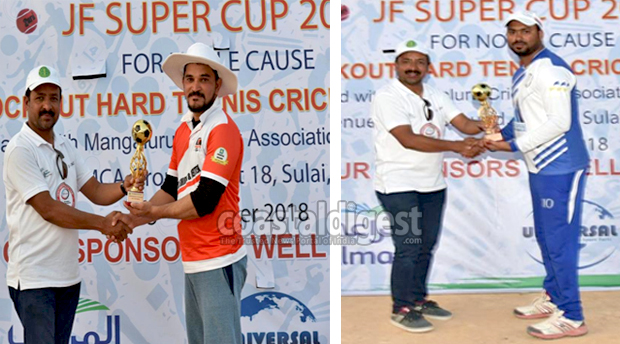 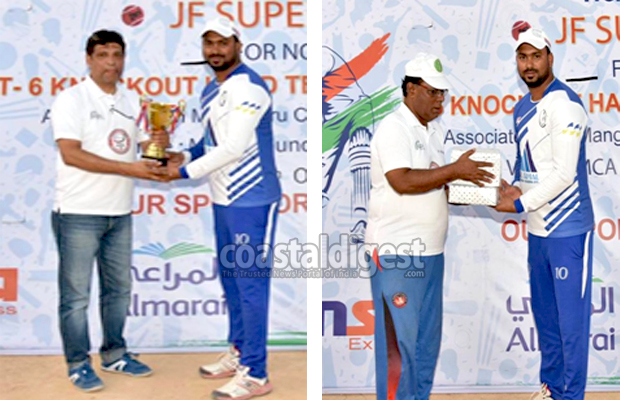 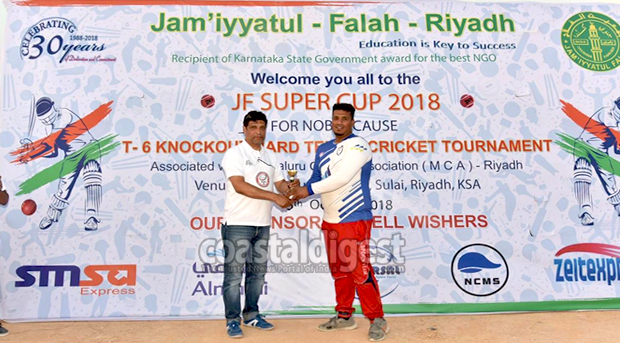 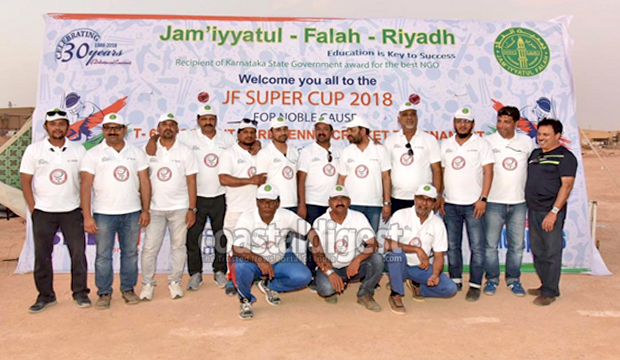