Indian Social Forum, Saudi national executive committee vehemently condemns the police atrocities at Jamila Millia, Aligarh Muslim University & Darul-Uloom campuses. Since the central govt. has been legislating and enacting laws disregarding the dignity tradition and due process of the constitution of the country, the whole world is witnessing a paradigm shift from the principles of secularism and democracy to an authoritarian rule by curtailing the freedom of expression and the right to protest peacefully and democratically. 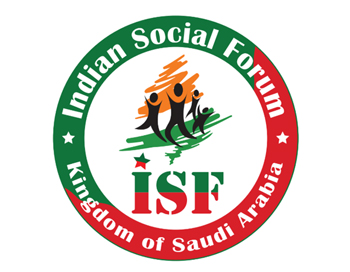 Rather than giving hopes and aspirations to the youth by creating employment opportunities and paving the way for development of country,  the government of the country is dividing its people on religious grounds under the pretext of implementing the Citizenship Amendment Bill and National Register of Citizens.

The entire people of country are fed up with the hollow rhetoric of the govt. and are compelled to register their protest against this divisive law, CAB. But the police stormed the Jamia Millia University campuses instead of addressing the issue the prime minister has played a communal card and his party leaders spread fake news to defame the peaceful protestors, which is quite shameful and does not have any place in a democratic set up. The futile exercise of the govt. to suppress public opinion by force will only put the country to shame before the world and we request all, including political party leaders to strongly but peacefully oppose this unconstitutional act meant to divide the country on the basis of religion.