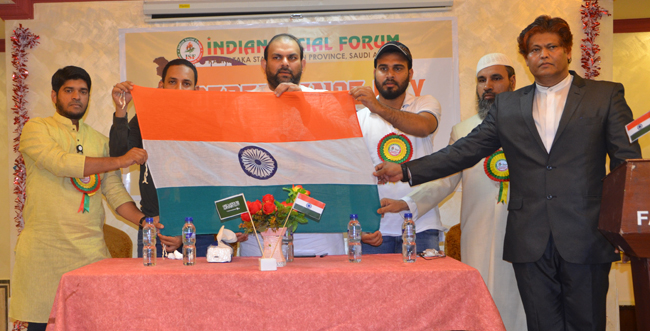 Ameer Moulavi Executive Council Member of Indian Social Forum Delhi Zone delivered the Independence Day message to the crowd. ‘Let us be a part of building the nation that is kind, tolerant and peaceful. Let us build the nation what freedom fighters dreamt for. Freedom fighters struggled to get the Indian Independence keeping their cast, religion and ethnic aside. Plurality is the Beauty of India.’ he said during his speech.  The ceremony was presided by Waseem Rabbani Regional President of Indian Social Forum Eastern Province.

Cultural programs, skits, songs and poem reading were performed by ISF members which demonstrated the patriotism, diversity and true spirit of Indian culture. 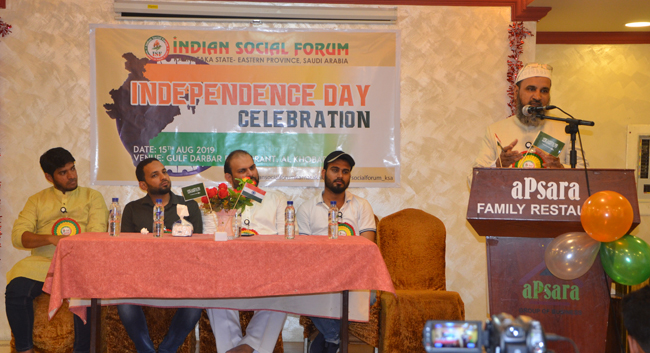 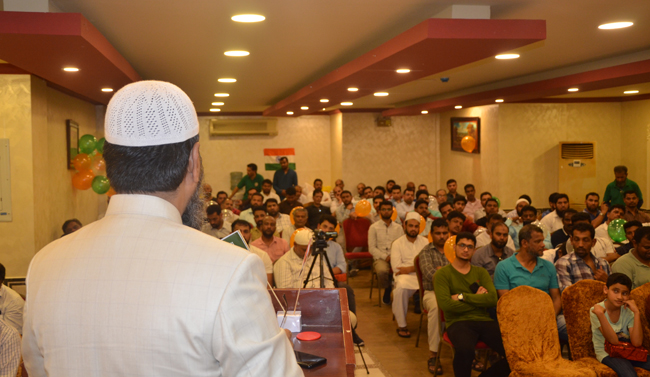