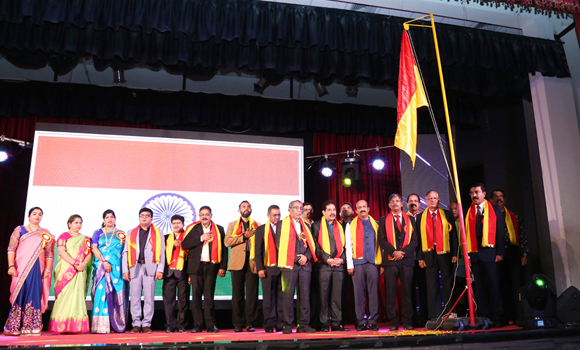 The cultural programme started with the students of Symphony Music Institute who presented the welcome dance which was very well applauded.  Followed were dance presentations from students and members of Radical Dance Studio, Billawas Dubai, VishwakarmaSevaSamithi, Disciples of Mamatha, Sukanya, KannadaPata Shale who all presented Classical, Semi-Classical, Folk and Cinematic dances.

The formal stage programme started with lighting the traditional lamp by the main guests of the evening who were all welcomed over to the stage and honoured with flower bouquet and shawl of Karnataka Flag.

This year ‘MayuraVishwamanya Kannadiga’ Award was presented to the identified and chosen simple, and broad hearted Businessman Ramachandra Hegde of AmchigeleSamaj who is also the Managing Director of Spraytek Construction & Coating Company in Dubai.  He along with his wife Kalpana Hegde and daughters Archana &Aishwarya received the Award with flower bouquet, Shawl, Appreciation Letter, Fruit basket & ‘Mayura’ Award in the glittering ceremony.  In return Hegde thanked the organization and appealed to the audience to promote Kannada by teaching our mother tongue to our children and also said thathe is now committed to do more to Kannada and the society at large.

Long serving member of the Sangha, Vishwanath Shetty along with his wife Usha Shetty were felicitated and honoured during the programme.  He was bestowed with Shawl, Appreciation Letter and Memento.

All the Sponsors, Well-wishers, participants, Community Heads of various organization and the Media persons were all honoured with Shawl and Mementos.

Vidwan Sitar RatnaKochikarDevdasPaiwho was invited exclusively for the programme  performed lively during the Sharjah Karnataka Sangha Anniversary and was accompanied by Manoj Kumar on melodious Tabla.  This was his maiden performance in Dubai and appreciated by all while he played ‘Bhagyada Laxmi Baaramaa’, ‘Shankarabharana’ and few other Kannada Filmy songs in his electrifying Sitar.

Devdas Pai had performed all over the world and has acclaimed appreciations and awards wherever he performed.

Appreciating his contribution to Indian Music, Sharjah Karnataka Sangha President & Members honoured him with ‘Sangeetha Kala Rathna’ Award on the stage during the ceremony.

ArathiAdiga, Vighnesh&Amogha Bhat controlled the whole programme in various intervals smoothly, flawlessly and were highly appreciated by the whole audience.

It was the Members of Sharjah Karnataka Sangha who put their whole effort in presenting such a beautiful programme which got concluded late evening. 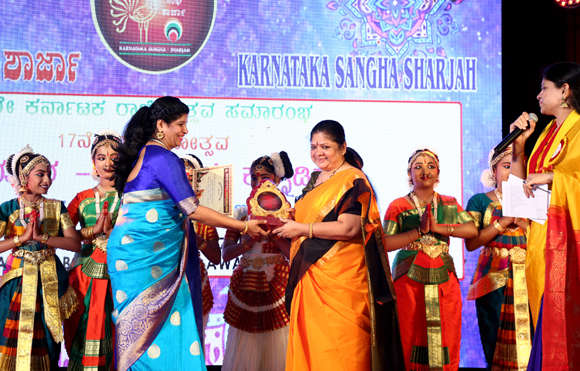 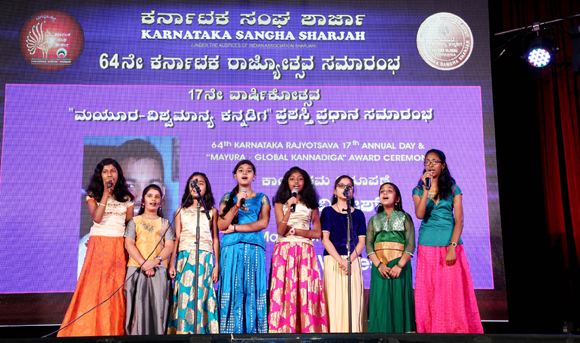 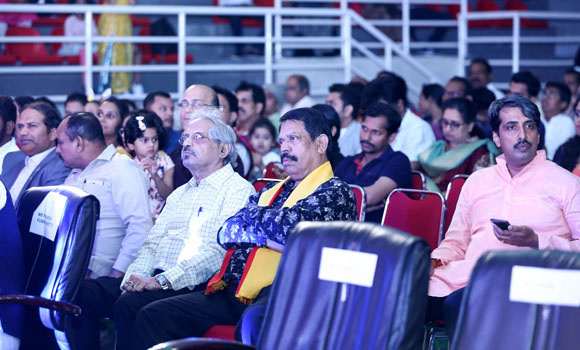 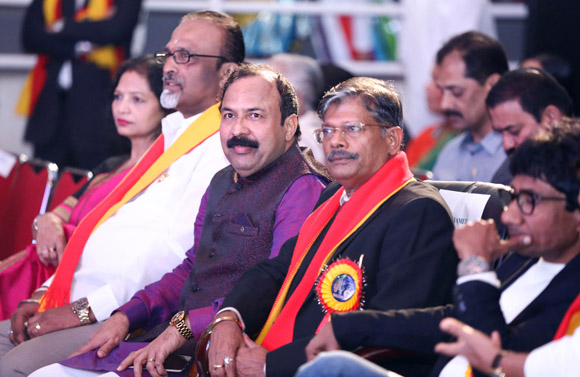 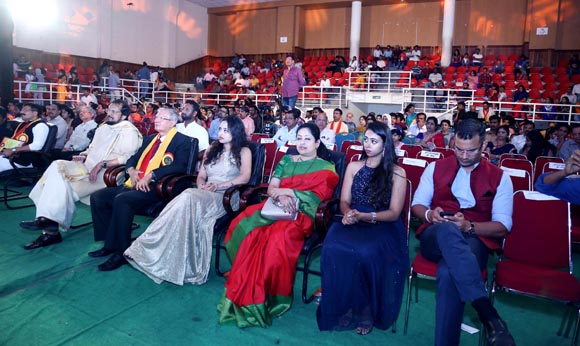 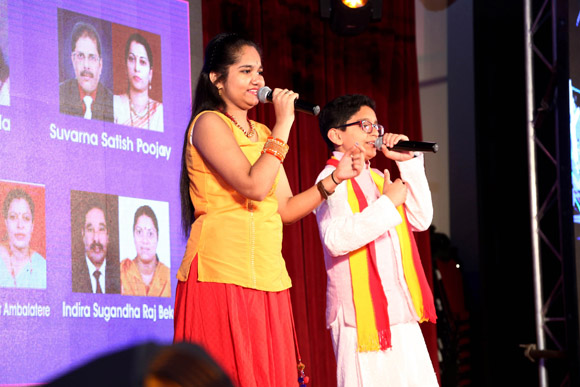 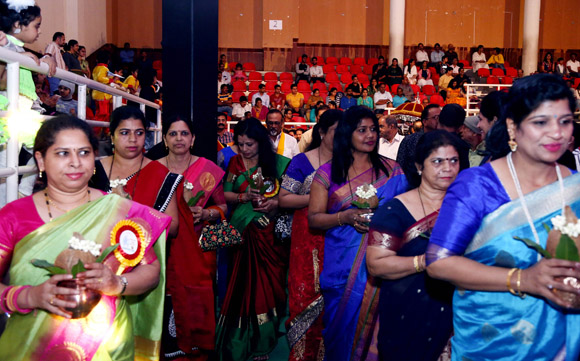 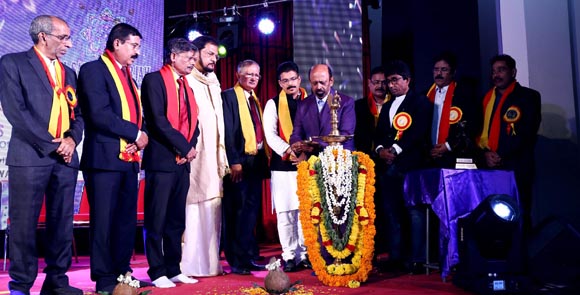 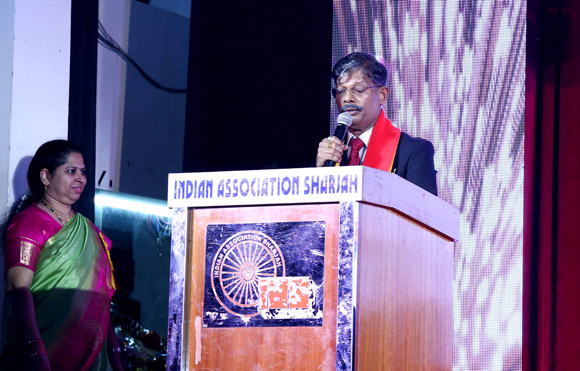 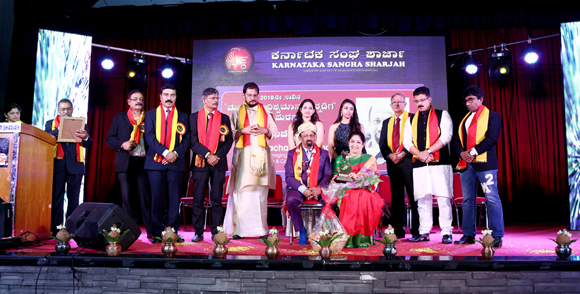 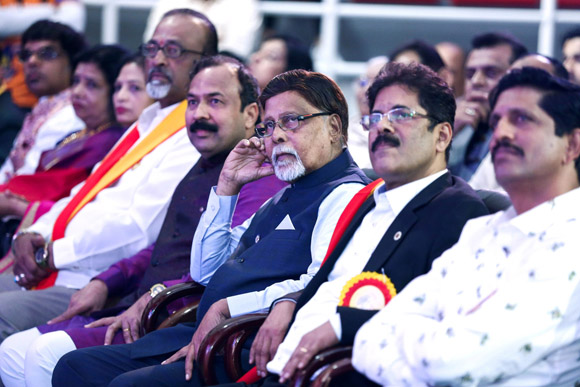 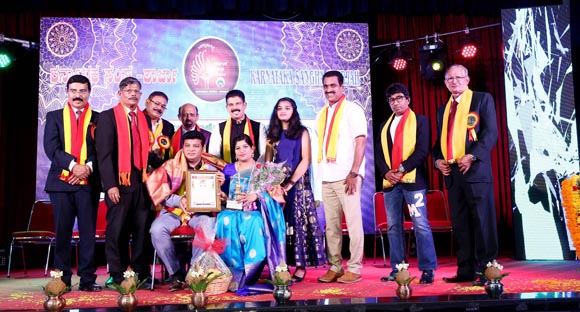 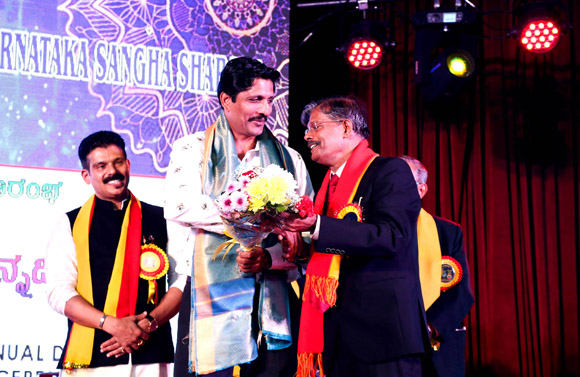 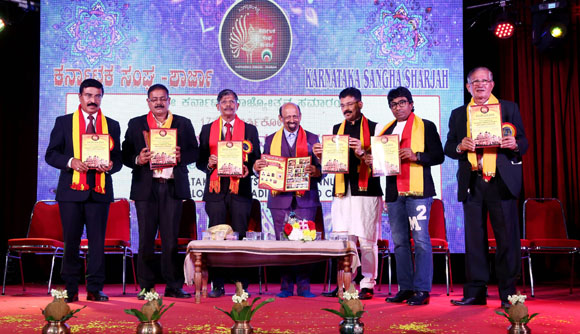 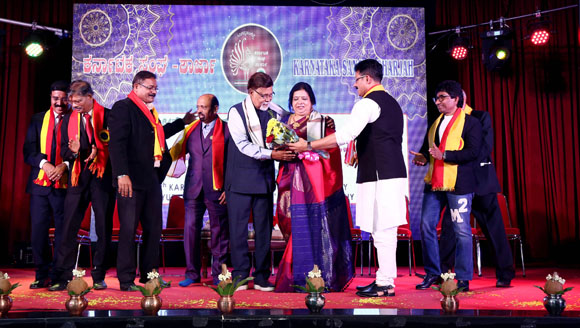 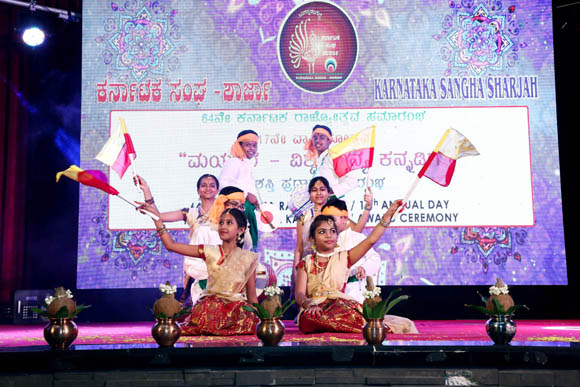 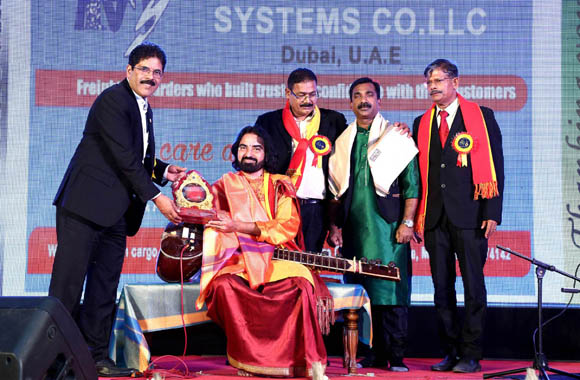