Movement and sale of chicken, eggs now allowed despite lockdown

Restrictions at Karnataka border to Mangaluru cost a life in Kasaragod

When fear of losing to hunger defeated fear of deadly coronavirus

74 positive cases of COVID-19 in Karnataka so far

Donate food to the needy by leaving them at nearest police station: Karnataka top cop

Did you travel by this Bengaluru-Mangaluru bus on March 21? Visit hospital now itself!

When fear of losing to hunger defeated fear of deadly coronavirus 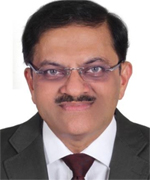 Abu Dhabi: Yogish Prabhu K is the newly elected president of Abu Dhabi’s prestigious India Social & Cultural Centre (ISC) and he will serve for the period 2020-2021. ISC’s annual general body meeting and Election for 2020 were held on Thursday, February 27 and the election results of the election were announced during the early hours of Friday, February 28th morning. 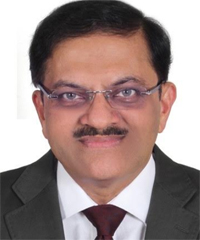 In the keenly contested election, Yogish Prabhu emerged victorious. Humble origin and hailing from a small town of Karkala from Udupi district of Karnataka state has never deterred him from setting challenging goals. He belongs to a well-known Gouda Saraswat Brahmin family of K.V.Prabhu Coconut oil mill in Karkala. He is the eldest son of Late Rtn. Krishna Prabhu and Rtn. Bharati Prabhu.  His father and grandfather were freedom fighters who left a profound impression on him and their ideology “serving people is like worshiping God” (Jana seveye Janardhana seve) inspired and guided his life ever since. Prabhu has been a privilege member of ISC since 2003 and has been actively involved in ISC activities throughout. His relationship with ISC spans over 2 decades during which he has immensely contributed in many ways to ISC and the Indian community at large. A banker by profession, Yogish Prabhu is currently working as Vice President, Group Finance & Treasury, First Abu Dhabi Bank (FAB).

With some new initiatives in his mind, Prabhu wants to creatively improve the quality of ISC’s services, its humanitarian impact as well as the diversity of its membership. His intentions are always to help everyone irrespective of caste, creed, religion, language or status. As a new elected President of ISC, Prabhu’s main objective is to strategically plan and implement his vision through his ABC 5 Year Plan i.e.,

B-    Build a Sound Financial Plan and

C-    Compassion & Affection for the needy

so that ISC is recognized not just in UAE, but worldwide as a mascot of the great Indian community.

Prabhu thinks “as individuals, we can do only so much but with the support of Elected ISC Committee members and all the ISC members together, there is no limit to what we can achieve, and in the process, we can truly transform the ISC”. He proudly says, “I have a strong treasury management experience in ISC as well as in the bank which we need now more than ever”.

With his dynamic leadership, sheer dedication and ambition, ISC will definitely be scaling new heights of glory and prestige in Abu Dhabi and beyond. His humble nature, leadership qualities coupled with his rich administrative experience will surely help boost ISC’s popularity and meet its challenging goals and can serve people in a better way and contribute to the Indian community at large.

Yogish Prabhu has been married for 28years. His wife Chethana Prabhu Kasaragod too has been equally active in ISC and continuously supporting and participating in various sports, entertainment and literary committees throughout these years. She became ISC Women’s Forum Convener in 2016-2017. Their daughter, Aarti Prabhu is an IT Engineer from NITK Suratkal, working in Bangalore. Son, Ajith Prabhu finished his Masters in Mechanical Engineering and Management in Industrial Design in Queens University, Belfast, Northern Ireland, UK and at present doing his internship there. Both Aarti and Ajith are alumni of Abu Dhabi Indian School and both have represented National level CBSE Badminton meet. Also, Aarti was a Gold medalist in the school for scoring 100 in Mathematics in SSLC.

Following are few of his contributions and achievements:

•          Member of Finance Committee of ISC new infrastructure and premises from approval till completion.

•          In 2016, initiated the participation of ISC members as officials for International Yoga Day organized by Indian Embassy

•          In 2017, initiated the participation of children as officials to help the organizers so that children could learn their social responsibility and become good citizens.

Election was held for other Posts too. The other office bearers elected to the present committee are: