I write this with sadness as much as anger. Yes, like every Indian citizen, I am extremely angry at what happened in Pulwama — the killing of 40 CRPF jawans has wounded a nation, left us outraged and crying out for revenge.

Let’s be in no doubt: the terror that struck Pulwama emanated from Pakistan. The suicide bomber may... 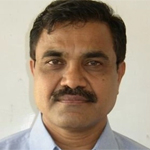 You may have learnt from the media that my appeal for quashing the false FIR against me filed by the Pune Police was rejected yesterday (14 January) by the Supreme Court. Fortunately, it gave me to four weeks to seek pre-arrest bail from the competent court.

Up till now I felt confident that whatever charges the Police levied could...

‘Tomorrow it could be you’: Sanjiv Bhatt’s wife warns every Indian citizen against ruthless regime

Shweta Bhatt, the wife former IPS officer Sanjiv Bhat, who has been facing the wrath of the government after he exposed the then state government’s involvement in 2002 Gujarat carnage, has written an open letter warning every Indian citizen against the brutality of the government.

In 2011, Sanjiv Bhatt had filed an affidavit in the Supreme Court accusing Narendra...

New Delhi, May 14: Former prime minister Manmohan Singh has written a letter to President Ram Nath Kovind in which he has condemned Prime Minister Narendra Modi's 'threat' to the Indian National Congress (INC) during a speech in Hubli, Karnataka.