Lausanne, Mar 25: The World Archery has hailed as a 'brave decision' the International Olympic Committee (IOC) move to postpone the 2020 Tokyo Olympics until next year due to coronavirus pandemic.

"We commend the conscientious and brave decision taken by Tokyo 2020 and the International Olympic Committee to delay this summer's Games in the face of an unprecedented challenge to humanity," Ugur Erdener, the World Archery president, said in an official statement.

The decision to postpone the Summer Olympics was confirmed by the IOC, on Tuesday, after the organising body for the event and Japan's Prime Minister Shinzo Abe agreed to reschedule the quadrennial event in view of the COVID-19 pandemic.

"This is not an easy situation, especially for the athletes who had been training hard for Tokyo 2020. I hope that everyone understands why this decision has been made and I urge archers around the world to retain hope and reset for this new timetable," he added.

The IOC has, however, said that the original name of Tokyo 2020 will remain intact irrespective of the fact that it will take place next year.

The Tokyo Olympic Games were slated to be held from July 24 to August 9. 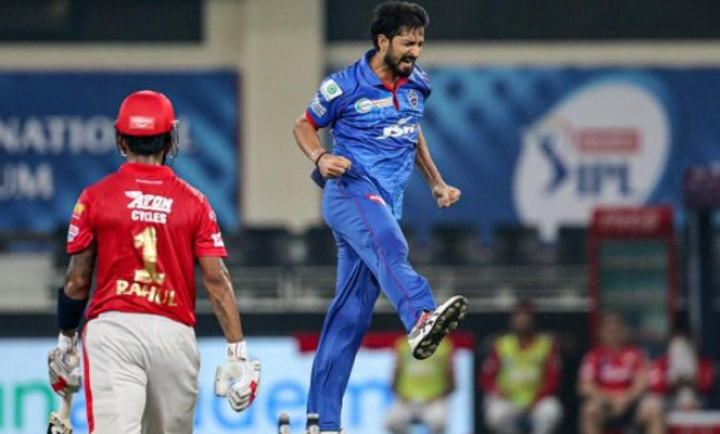 While both teams were tied at 157 for 8, it was Kagiso Rabada, who bowled a brilliant Super Over to clinch it for Capitals.

Before the match went into Super Over, TV footage showed that square leg umpire Menon had called a "run short" when Chris Jordan took a couple of runs off Rabada in the 19th over while playing towards long-on area.

The TV replays showed that Jordan legally completed the first run and the bat was inside the crease. However to KXIP's horror, Jordan was declared a "short run" which means he didn't enter his bat inside the crease which wasn't the case.

If that run would have been allowed, it would have meant that KXIP would have won the match inside the 20 overs.

"I don't agree with the man of the match choice. The umpire who gave this short run should have been man of the match. Short Run nahin tha. And that was the difference," Sehwag tweeted.

"One short that wasn't. Technology must take over in these cases.....but that’s possible if only the third umpire spotted it in time. What if #KXIP don't make it to the final four by 2 points?? Tight," Chopra wondered aloud.

KXIP can appeal to the IPL Governing Council for a change in decision. 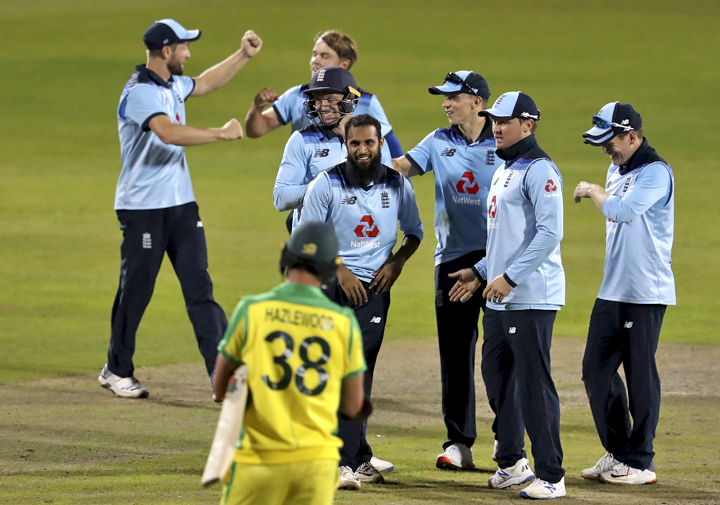 Manchester, Sept 14: Australia batted itself into a winning position before dramatically collapsing on Sunday as England won the second one-day cricket international by 24 runs to stay alive in the series.

England's decision to bat first at Old Trafford had appeared to backfire with the world champions limited to 231-9 and Australia reaching 143-2 with 20 overs left.

Australia was making it look easy thanks to a 107-run stand for the third wicket between captain Aaron Finch (73) and Marnus Labuschagne (48). But the tourists then collapsed to 147-6, and 166-8, in Manchester before finishing 207 all out in 48.4 overs.

A trio of England pacers did the damage: Chris Woakes (3-32), Jofra Archer (3-34) and Sam Curran 3-35. In what has become an unwanted tour tradition for Australia, Archer again claimed opener David Warner (6).

Australia was looking to wrap up a series victory after beating England by 19 runs in the first ODI on Friday, also in Manchester.

The third and final ODI is at the same venue on Wednesday as England tries to avoid its first one-day home series defeat since 2015. 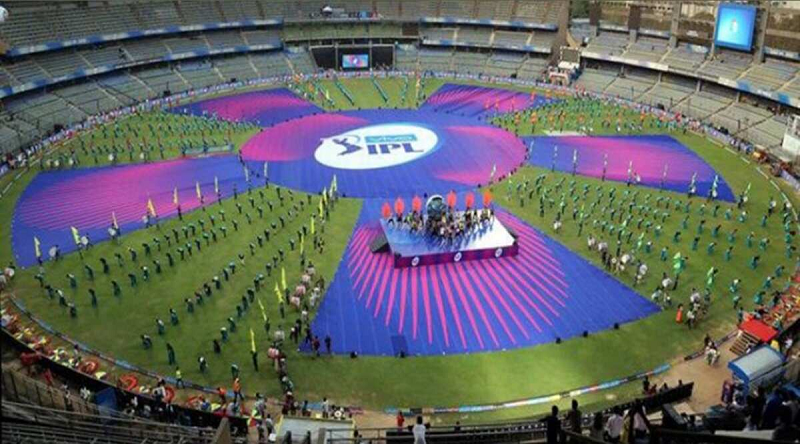 Mumbai, Sept 11: A Delhi-based rapper has alleged that this year's Indian Premier League (IPL) anthem 'Aayenge Hum Wapas' has been copied from his track, an allegation that has been dismissed by the composer of the recently released song.

Rapper Krishna Kaul aka KRSNA claims the track has been lifted from his song "Dekh Kaun Aaya Waapas" but composer Pranav Ajayrao Malpe said it is his original work and he even has a certificate from Music Composers Association of India (MCAI).

KRSNA told PTI that his team, including the independent hip-hop label Kalamkaar, will take the legal route and approach Disney+Hotstar, which commissioned the song.

"Disney+Hotstar have left no option for us but to seek legal recourse and our label is going to fight this unfair and scandalous plagiarisation," KRSNA said.

Malpe said four MCAI panelists, including musician Leslee Lewis, independently assessed both the songs and did not find any similarity.

"MCAI is an institution of repute and the experts on the panel have a lot of experience. I feel we should respect the experts' views and put this debate to rest," Malpe told media persons.

The composer said the thought behind the track, released on September 6, was to express the struggle everyone was going through during the pandemic "and to give them hope of a comeback."

"Nagpur has a small but budding hip-hop and rap scene which I'm a part of. I'm proud that this track has been liked and that I've been able to put a spotlight on the Nagpur hip-hop scene," he added.

In its assessment, the MCAI said other than being of the same genre, the two songs have no similarity melodically, harmonically or rhythmically.

"A genre or rap style however is not copyrightable and doesn't constitute plagiarisation. Hence the panel is of the opinion that there exists substantial difference between the compositions of both the tracks," the statement from MCAI read.

KRSNA, however, said MCAI has no legal standing in the matter and has shown a "shocking lack of understanding" of the genre.

"The MCAI statement is a serious attack on musicians and composers everywhere because their claim that a genre like hip hop cannot be differentiated means everyone is free to copy everybody else - hook, line and sinker," he claimed.