By Dr Hussain Madavoor (translated by P A Hameed Padubidri) 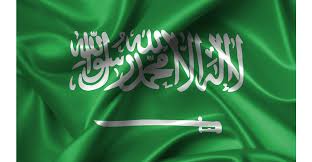 We were welcomed to Diriyah hall on visiting to Janadriyah Festival. Diriyah is the key place in the history of Saudi Arabia. Present Riyadh is the old Najd.

The duo reached a pact. According to the pact, the state affairs were allotted to the Saud family (Al-Saud), whereas the religious affairs were handed to the scholars of Ibn Abdul Wahhab (Alu Sheikh) family.

The regime was agreed to be based on Quran and Sunnah. Promotion of Tauheed and prevention of Shirk were the main agenda. Their objective was to make Islah (betterment) depending upon the way of Salafussaliheen (pious predecessors).

In order to prevent the movement spread-headed by the duo, the British cooked up a plan claiming that they were (Al-Saud & Alu Sheikh Families) not real Muslims and they were deviated Wahhabis.

Abdul Wahhab bin Rustam, who was born in Tiaret, Algeria in Hijirah 2nd century and founded his own Wahhabism Ibadi movement, who belonged to Khawarijite, was a propagator of deviated creed. The scholars of that time had declared that Rustam and his followers were Kharijites and of veered sect. This sect, which had emerged during 2nd & 3rd century, was recognized as deviated Wahhabis. This fact is elucidated by Sheikh Muhammad bin Saad Al-Shuweir in his book titled Correction of a Historical Misunderstanding Concerning the Wahhabiyyah  (تصحيح خطأ تاريخي حول الوهابية للشيخ محمد بن سعد الشويعر) in which it is declared to be a secession from Quran and Sunnah.

Unfortunately, the same name was attributed to the reformist methodical movement of the great scholar (Ibn Abdul Wahhab) of 11th century. It has nothing to do with Sheikh Muhammad bin Abdul Wahhab at all. In fact, it was a cruel assault on the history itself and a systematic scheme concocted by the British.

Besides, the colonial forces labelled the Muslims, who led the Indian freedom fight against the British, as Wahhabis thereby they conspired to separate them from the general Muslims. That deviated sect (Abdulwahhab Rustam) can be called as Wahhabis that is attributed to its leader, Abdulwahhab Rustam. Nowhere it is linked with the Manhajussalaf propagated by Sheikh Muhammad ibn Abdul Wahhab.

However, it can be corrected by denotation only if we call "Muhammadee" movement since it was led by Muhammad s/o Abdul Wahhab. Because, it's linguistically wrong to attach one's attributes, which lies within him, to his father. That’s the reason why, the Saudi scholars still reiterate that “we are not wahhabis.”

It’s clearly stated in the publication published by the Saudi Arabian Awqaf that this nomenclature (Wahhabis) is incorrect in historical and linguistic point of view. "I am not an innovator of any new idea & I am purely a man of Ahlu Sunnah Wal Jamah & adhere to Hanbali school of thought," Muhammad bin Abdul Wahhab himself declared it.

Saudi Arabia is still a Good Samaritan for the Islahi functionaries across the world including India. I remembered the history of 'the great journey' that started from Diriyah when I was sitting in the Diriyah hall.

About the author: Hussain Madavoor is the Kerala State Coordinator in the Ministry of Minority Affairs, Govt of India and President for Asian chapter in World Association of Humanitarian Organizations. He is the general secretary of All India Islahi Movement, and vice president of Kerala Nadvathul Mujahideen.

Disclaimer: The opinions expressed within this article are the personal opinions of the author. The facts and opinions appearing in the article do not reflect the views of coastaldigest.com and coastaldigest.com does not assume any responsibility or liability for the same.

there is no diriya or festivel in islam except 2 eid.