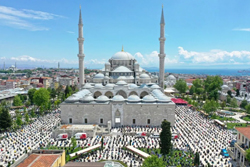 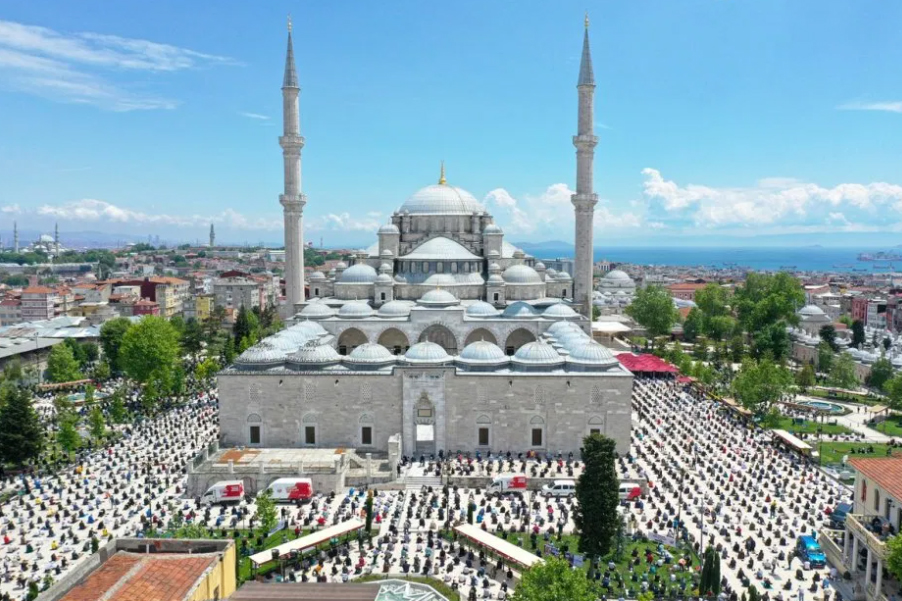 Istanbul: Mosques in Turkey reopened on Friday for mass prayers after more than two months as the government further eased strict restrictions to stop the spread of the new coronavirus.

Turkey has been shifting since May to a "new normal" by easing lockdown measures and opening shopping malls, barbershops and hair salons.

President Recep Tayyip Erdogan has said many other sites -- restaurants and cafes as well as libraries, parks and beaches -- will reopen from Monday.

Hundreds of worshippers wearing protective masks performed mass prayers outside Istanbul's historic Blue Mosque for the first time since mosques were shut down in March.

In the Ottoman-era Fatih mosque, worshippers prayed both inside and outside, with the municipality handing out disinfectants and disposable carpets.

"I have waited a lot for this, I have prayed a lot. I can say it's like a new birth, thanks to God, he has brought us back here," he said.

Another worshipper, Asum Tekif, 50, said: "It has a been a long time... we missed the mosques."

Turkey, a country of 83 million, has so far recorded 4,489 coronavirus-related deaths and 162,120 confirmed cases.

Muslim clerics on Friday recited prayers in the Hagia Sophia, the world famous Istanbul landmark which is now a museum after serving as a church and a mosque.

The prayers were held to celebrate the anniversary of the conquest of Constantinople, today's Istanbul, by the Ottomans in 1453.

"It is very important to commemorate the 567th anniversary of the conquest ... through prayers in the Hagia Sophia," said President Recep Tayyip Erdogan, who attended the ceremony via videoconference.

The stunning edifice was first built as a church in the sixth century under the Byzantine Empire as the centrepiece of its capital Constantinople.

After the Ottoman conquest, it was converted into a mosque before being turned into a museum during the rule of Mustafa Kemal Ataturk, the founder of modern Turkey, in the 1930s.

But there have been hints about reconverting the Hagia Sophia into a mosque. Last year, Erdogan himself mooted the possibility of turning Hagia Sofia museum into a mosque.

Such calls have sparked anger among Christians and raised tensions with neighbouring Greece.

In 2015, a Muslim cleric recited the Koran in the Hagia Sophia for the first time in 85 years to mark the opening of an exhibition.

After Friday prayers at the Blue Mosque, a small group of Muslim worshippers shouted: "Let the chains break and let the Hagia Sophia open".

The group was later dispersed by the police who stopped them from protesting near Hagia Sophia that sits immediately opposite the Blue Mosque. 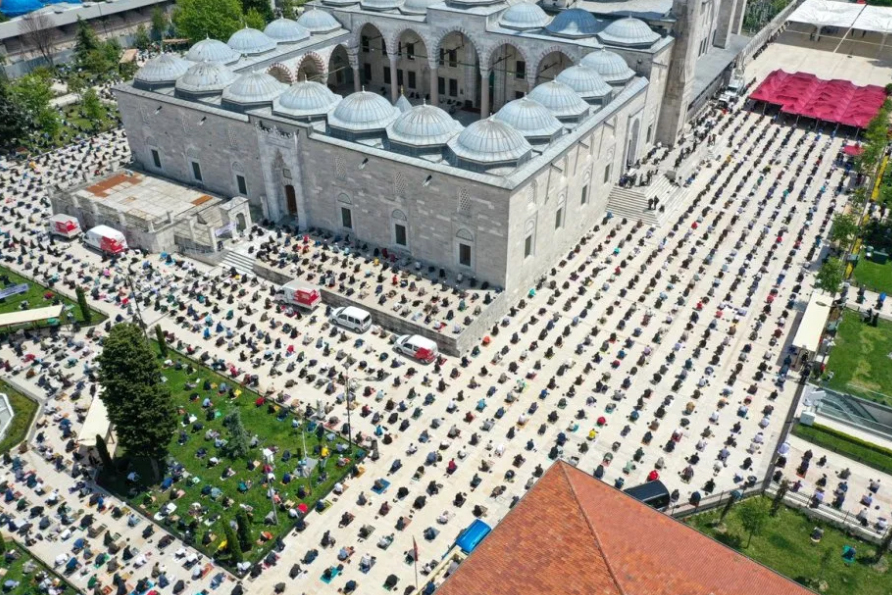 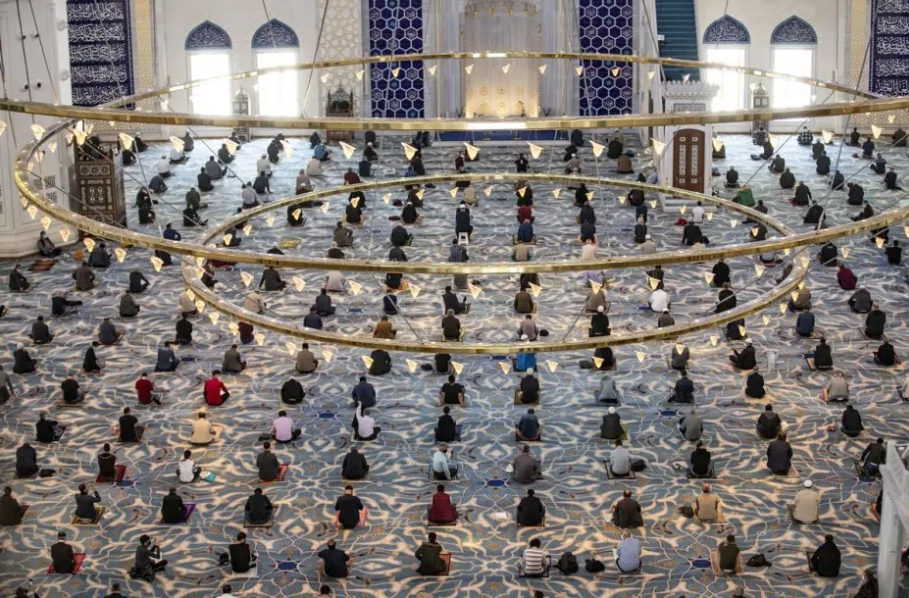 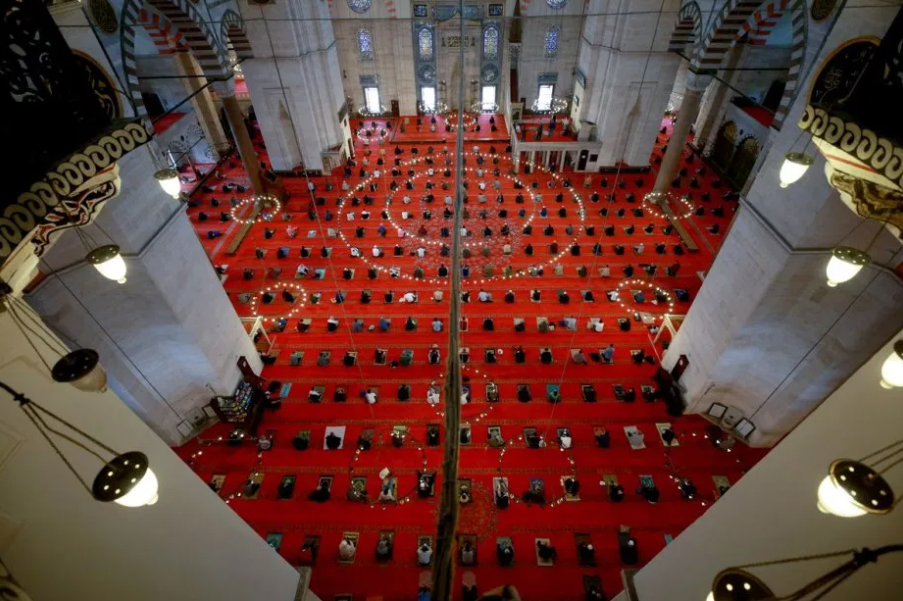 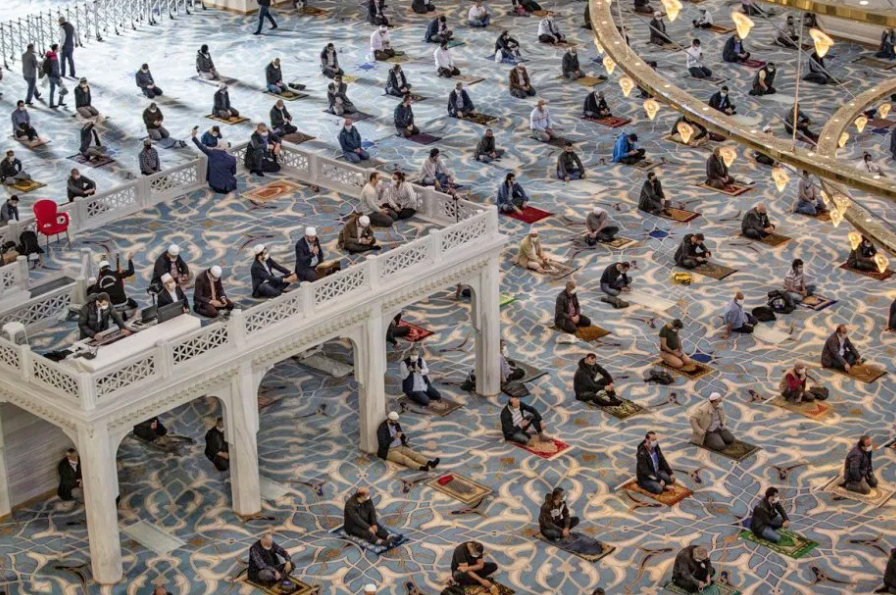