Muzaffarnagar, Apr 20: A Shiv Sena leader from communally sensitive Muzaffarnagar district, who once had pledged to eliminate Islam from India, has now relinquished Hindutva and embraced Islam. 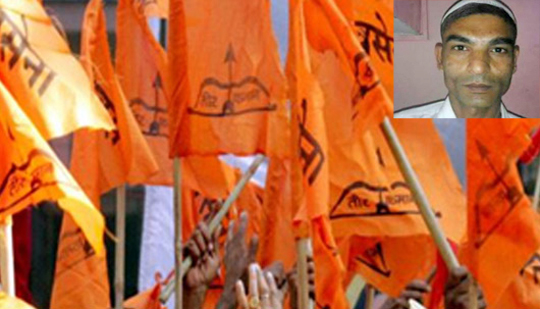 Sushil Kumar Jain, a resident of Khatauli in Muzaffarnagar, was the former district-unit president of Shiv Sena said the reason for the conversion was his search for inner peace.

After embracing Islam, he changed his name as Mohammad Abdul Samad, according to reports published in local media.

Media reports also suggested that Jain too this decision following disappointment with the Jain community, municipal corporation, and work culture of revenue department.

He informed media that he decided to accept the religion of peace on February 15 by his own choice and not under any pressure.

The Shiv Sena leader, however, made the news public on the occasion of Mahavir Jayanti on Tuesday. The news has created flutters in Khatauli town, Muzaffarnagar district.

Allhamdulillah May allah guide us & die in state of Imaan

Hahaha. this is an interesting story.

This man is heavily paid either by MIM leader Owaisi or Zakir Naik..

Bengaluru, Oct 17: Karnataka Chief Minister Basavaraj Bommai on Sunday hinted at reducing cess and sales tax on petrol and diesel in the state to ease the fuel prices which have touched an all-time high.

Speaking to the media, Bommai said it all depends on the economy. "I have called an economic review meeting. If the economic situation seems to be good, there is possibility for the consideration," he added.

Earlier, the Chief Minister had rejected any tax deduction on fuel in the state. The petrol price has reached Rs 109.16 per litre and diesel price has touched Rs 100 in Karnataka.

The Opposition Congress has demanded a reduction of taxes on fuel on similar lines of the Tamil Nadu government which has reduced the taxes on petrol by Rs 3 per litre.

The Congress has blamed the ruling Bharatiya Janata Party governments for the hike in fuel prices.

Bommai had defended that during the United Progressive Alliance (UPA) government, fuel prices had increased by 60 per cent between 2004 and 2014 while fuel prices have risen by 30 per cent in seven years of Prime Minister Narendra Modi's government.

Leader of Opposition Siddaramaiah targeted the present BJP government, saying that inflation under its tenure is nothing but criminal loot.