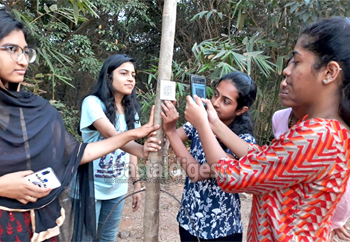 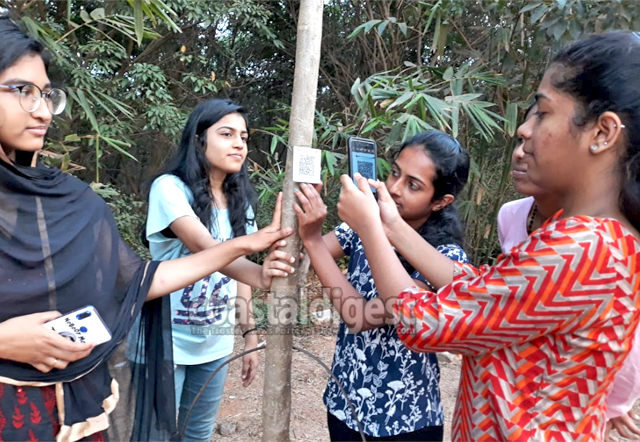 Mangaluru: The ‘Fern Doctor’ of Mangaluru, Professor Smitha Hegde has now launched a crusade against felling of trees by developing a Quick Response (QR) Code to save the city, some greenery. The Nitte University Centre for Science Education and Research (NUCSER) Professor Dr Smitha Hegde has involved her students to develop the code for all the trees on the campus.

As many as ten students have volunteered for the project wherein they have been tasked with documenting over 1900 trees which were earlier geo-tagged by Dr Smitha and her team.

As of now, over 100 trees have received QR codes and a quick scan on the mobile will reveal the tree’s botanical name, the common name, its origin and mind you, its benefits as well.

“If you walk on the streets of Hampankatta or Falnir, you’ll notice very few trees. Most of the trees have been felled for road widening projects,” said Smitha. 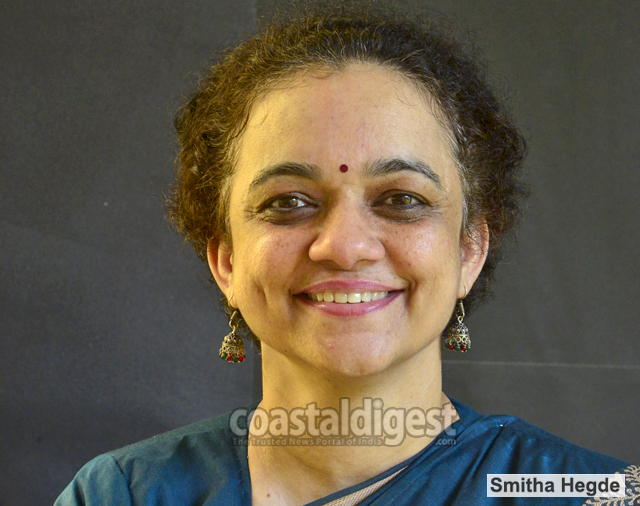 Plant saplings were not planned and planted randomly on either side of the road, only to be cut down to accommodate further road works.

“Our town planners need to have a proper plan in place before carrying out sapling planting drive. It does not hold any good if you plant a sapling today and tomorrow you axe it for civic projects,” said Smitha.

Through her efforts, Smitha wants her students and others to be aware of the carbon released into the atmosphere. “Such projects sensitize them as they are directly involved with the plants and they maintain a bond while documenting them,” believes Prof Smitha. QR codes on trees are a perfect way to know about a tree. “It is something like when you meet a person for the first time, you would ask his/her name. Isn’t that a way to build a bond?” argues Prof Smitha. She now plans to include students from other institutions of the campus in the project.

A Pteridologist, Smitha has been relentlessly working on to conserve and educate about trees. Prof Smitha has been awarded the Professor SS Bir gold medal in Pteridology for her scientific work towards the advancement of science in the area of ferns. She has extensively worked on ferns of the Western Ghats region, particularly the Kudremukh National Park region. Besides, she has also undertaken a project on DNA fingerprinting of ferns of the region.

From June 2018 to February 2019, Smitha and students who volunteered for the project, have been geo-tagging more than 1,200 trees, plus over 700 medicinal plants on Google Earth. In a span of one year, she had also audited the plants and geo-tagged them at her former employer's campus at St Aloysius College.

Dr. Smitha points to a recent report of NASA which says the earth is greener due to India and China which shows clear images of the Northern parts of India being greener than the Western Ghats. “It is a matter of concern, have the citizens in this region taken our tree cover and natural resources for granted? The need to educate the masses in this region is urgent and immediate,” says Prof Smitha.

In due course, Dr Smitha says she wants the policymakers to take cognizance of the importance and role of the tree and further intends to roll out a similar drive to conserve trees in the public sphere. 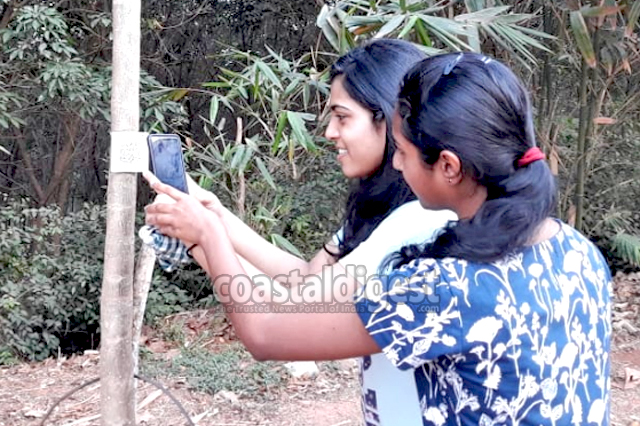 Coastal Plus
In The News
Smart Mangalore