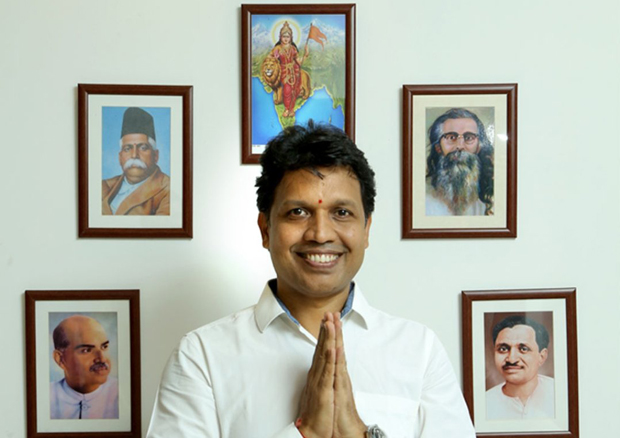 Dentist-turned-politician Dr Y Bharath Shetty, who wrestled the Mangaluru City North constituency from Congress leader B A Mohiuddin Bava in 2018 Karnataka Assembly polls, feels that police should be given a free hand to keep a check on communal tensions in coastal Karnataka. The enthusiastic first time MLA, in a candid chat with coastaldigest.com, also elaborates his plan for the constituency. Excerpts:

Do you have any timeline in mind to deliver your promises in the electoral manifesto?

Bharath Shetty: I am focusing on the education system, especially the government schools. There are around 20 schools in the rural areas and we are surveying to understand their needs on emergency basis. We are planning to improve the road connectivity to these schools and also upgrade the school buildings that rarely happen. We will coordinate with private firms and encourage them to use their Corporate Social Responsibility (CSR) funds for bettering the school infrastructure, few of them have agreed orally and simultaneously we are also getting onboard with school authorities for such discussions.

Secondly, there are a lot of companies here such as Baikampady Industrial Area, Mangalore Refinery Petroleum Ltd (MRPL) and New Mangalore Port Trust (NMPT), but very less employment opportunity for the locals. We are trying to talk to them to start some vocation courses in our constituency and train people for skilled or non-skilled courses under Skill-India programme and get them work opportunities in the industrial area. We are targeting especially youngsters’ so that they can get job opportunity in the firms within the constituency.

What are your comments on the current political scenario in the state?

Bharath Shetty: People’s mandate is the ultimate verdict, there is certain kind of maturity needed in politics; At present Congress-JD(S) alliance has just become a number game. The mandate is clearly against the former (Congress) government, even the JD(S) has got lesser assembly seats during the polls and the BJP has people’s approval. So it’s not right (to form the government).

Do you feel that it will be difficult for you to work with the present state government; do you think it will be indifferent towards the coastal district?

Bharath Shetty: I hope it won’t be a problem.

In the entire coastal district the BJP had a decisive victory, compared to the 2013 assembly polls. What do you think was the major factor that swung votes in favor of the BJP?

Bharath Shetty: We enjoyed a majority in the district even in former elections as well (except 2013), but most importantly it was the anti-Hindu policy of the former Chief Minister Siddaramaiah that secured us people approval in 2018. Congress went overboard with anti-Hindu policies and I don’t think people took it nicely. Moreover there was a lot of corruption all round, a percentage (kickback) was fixed for every public work by Congress. Also people in the region could see through the appeasement politics, and may be one of the main factors they lost.

Since you have taken over from a former Congress MLA’s constituency, do you think that you have lot of challenges that are waiting in your assembly limits to be solved?

Bharath Shetty: I don’t want to take potshot at ex-MLA at personal level, but there was a lot of gimmickry going on instead of public work. The work should be done in a time bound manner; you can’t just pop-up some last minute public work (eve of election) and call it as a service. I don’t want to get into it. But a lot of unwanted, unhealthy practices took place. For example the deluge in Mangaluru during pre-monsoon rains, shows how the city planning is not properly done by the previous government. City faced flood was a showcase of previous legislators poor performance.

Any action plan in progress to prevent calamities during the monsoon in the region?

Bharath Shetty: We are in touch with the district administration and corporation commissioner regarding this issue, and we have been told that the last month’s flood was due to blockage of storm water drain, since permission was given to build houses and structures that obstructed the flow of water. Not only the city has issue of improper drainage, the width and depth of these drainages have no scientific basis and are constructed erratically. Some of the drainages have been filled-up and unauthorized structures have come-up over that.

The DC who is leading the probe has assured that MCC is already in the process of reclaiming the land where unauthorized structures were built and the drains will be bought back to the original size, because the recent flood looked like an artificial one, created due to unscientific obstacles.

There have been repeated communal incidents in Mangaluru North constituency as recently as January this year. Any measures will be taken by you to build the communal solidarity in the constituency?

Bharath Shetty: To keep a check on communal violence, the police force, security and the law and order should be fair. I think they should be given a free hand to work. Unless and until there are instances of wrongdoing by the police, politicians should not interfere, then everything will fall back in line. The department must not be used for vote-bank politics or appeasement of certain section, as this leads to a problem. Political interference should be minimal, the law and order should be fair enough and we must support good police officers.

What are the major overhauls that you plan for your constituency that requires legislative intervention you think?

Bharath Shetty: We have underground drainage in Surathkal which is not connected, and leading to water contamination. Crores of Rupees have been spent on this underground drainage, but so far no sustainable solution has been seen. We need to plan and have more number of underwater drainage systems so that twenty years down the line our future generation need not have any water-hygiene related issues. There is a need to focus on implementing more rain water harvesting initiatives to improve the ground water table.

I want to promote rain water harvesting, solar power, installing of the bio toilets and I have spoken to few companies regarding this and we will come to a decision soon.

Overall Mangaluru is known is known as the educational hub, with good train connectivity, airport, and sea-port; we have lot of potential to grow. However, we must overcome a lot of trust-deficit and religious issues that are faced among the communities and we definitely need to think beyond that for the welfare of our region as a whole.

Any ideas on making the constituency senior citizen friendly?

Bharath Shetty: Yes, we are taking stock of primary health centre and the facilities for senior citizens in such establishments. We want to provide them with necessary medical support and facilities such as ambulances, bike driven paramedical. I have personally spoken to some friends at World Health Organization (WHO) who have worked in such specialized areas in other countries and I am actively taking consultation with them. However, for implementation of these projects it requires a lot of funding from the state government, since it is the Congress-JDS rule in the state, they need to help us out on such proposals, otherwise we may have to look at some other source of funding.