To all the beautiful women in the world

WOMAN. What comes to our mind when we hear this word? The deep loving eyes of my mother, an everlasting beauty in my grandmother, the elegance of my favourite school teacher, the naughty expressions of my little sister, the grace in the stride of the lady professor, the white clad nurses at the hospitals who are epitomes of empathy... are a few that come into my mind. The beautiful soul that she is, she deserves all the good in this world. Unfortunately, we still live in a world where the woman is a product, a means of recreation, an advertising strategy, in short- just another thing for the fulfilment of man’s desires. We still haven’t been able to overcome the usage of the triad-money, power and women. There is no better example for the materialization of woman than what she is now. 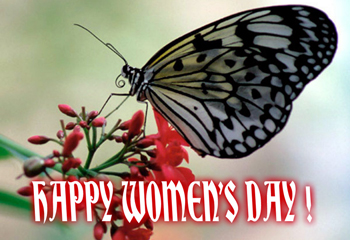 In the deserts of the Middle East, the situation was no different. Around fifteen hundred years ago, the Quraish women were oppressed and treated as objects, with no identity of their own. They were made to dance around naked, to please the men of their times. We all are very familiar with the rampant female infanticide and foeticide, among various other evils, that was prevalent during the time. It was only after the advent of the Prophet(S) and the rise of Islam that the women rose to a high status in the society. They were defined with a new sense of pride, respect and dignity. Their role in the society grew to become very important and their opinions were regarded highly. History brings forth to us great personalities in Khadeejah (R), Aysha(R), Fathimah (R) and many others. Those Sahabahs were epitomes of good character, knowledge of the Deen was at the tip of their tongues. They earned the respect that they received. Thus the status of women in the times of the Prophet(S) was remarkably high.

Today, we are living in a supposedly modern era where we see women rise in every field possible, she is not a footstep behind man in this highly competitive and dynamic society. Women have become more independent, she has all the rights that were a luxury a few decades ago, she is at equals with man in every aspect. On the other hand, we still see women being treated as objects of entertainment, and many women unknowingly or knowingly fall trap to it, thereby showcasing their beauty and their bodies for the whole world to spectator. Adultery in all its different forms has devalued the pious contract of marriage, and families falling apart has become too rampant.

Does it mean that women becoming independent and self-sufficient always comes with a loss of balance and thus leading to all the outrageous family scenarios that we see today? No. It is high time that women realize that they are being made use of for others whims and fancies. Coming forward in life does not mean that we should give in to the ridiculous norms that have been set up in today’s world. Being independent, active and happy can always be done in our own way, not by losing our self-esteem and dignity in the process. Lastly, whenever we feel a little lost, we always have the history of the great Sahabahs to look up to.

The writer is a Mangaluru-based medical student and a member of the Girls Islamic Organization.

To all the beautiful women in the world