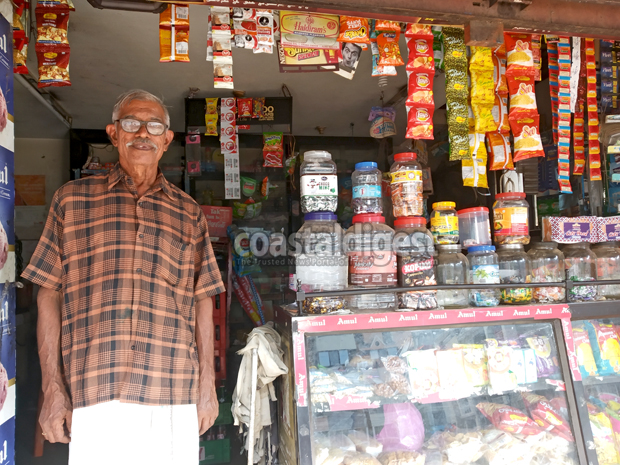 Mangaluru: January 2019 would be a new chapter in Shevgoor Ramachandra Bhandary aka Omelette Bhandary’s life. But to scores of eggetarians of Mangaluru relishing perfectly cooked omelettes that were served with dollops of love from a tiny store in Mannagudda, will soon be a thing of past. For, after 52 years, Omelette Bhandary, a sobriquet that Bhandary has earned from his devoted customers, has decided to call it quits on December 31.

But what’s in an omelette, you wonder? For foodies of Mangaluru, omelette is an omelette if made at Bhandary Maam’s. At a time when omelettes were mostly home-cooked, Bhandary decided to toy with the idea of breaking eggs at his general store in Mannagudda, something that was unheard then.

“Except for Woodside and Light of Persia at Hampankatta, no other hotels offered omelettes in 1966. My friend had a poultry farm behind Hindi Prachar Samiti and eggs were available for 15 paisa. I decided to experiment with selling omelettes to perk up my rather dull business,” reminisces Bhandary.

It wasn’t easy for Bhandary though. For, members of Goud Saraswath Brahmins to which Bhandary belongs to, egg is a strict no. "During the initial days in the 70's, I recollect that a group of women from my community had even drawn a protest in front my shop for 'spoiling' their kids and allegedly encouraging them to eat the 'forbidden' egg delicacy," he says.

Over the years however, irrespective of community affiliation, egg became a common edible. Infact a group of kids playing cricket match at a nearby ground even used to 'bet' to treat the winning team with Omelette, to the winning side.

“My friend taught me to break the egg and whip up a perfect omelette. I had no hesitation. That’s how I became ‘Omelette Bhandary’,” gushes the 74-year-old.

Bhandary is candid in admitting that there is no secret recipe, it's a simple combination of egg yolk, salt, chopped onion, green chilly, sunflower-oil and expert Bhandary whisk.

Slowly, his customers grew and his shop became the adda of sorts, teeming with students, doctors, officials and the like. Ministers Late Ananth Kumar and Dr VS Acharya were his regular customers. “Whenever ABVP would hold Baithak in Mangaluru, Ananth Kumar who was in ABVP would never miss a chance to visit my shop and relish the omelettes here. Late Dr Venkat Rao of Fr Muller Hospital was my everyday customer,” Bhandary fondly recalls. Apart from omelettes, bull’s eye too was a hit. A single omelette costs Rs 15 while a double omelette is priced at Rs 30 at his shop.

At the height of his popularity in the 80's, Bhandary used to whip 300 egg-yolks a day. Eventually, the name Omelette became a prefix to his surname. "The auto drivers who were his regular customers in fact used 'Omelette Bhandary' as a landmark instead of Mannagudde Gurji while plying the riders," he says.

When Maggi-Noodles first came to the market in 1982, Bhandary vouches that he was first to cook and sell it in his outlet. "But after 2008, I realized that customers for omelette had to wait and I was losing them, as I was busy in cooking Maggi, which takes longer than 2-minutes, " he says with a laugh.

Eventually, he hired his nephews to his help for some time. But, after they too left to make their own future, Bhandary has been working, all alone. But with age catching up, he finds it difficult to run the shop. Besides, there are many stalls selling omelettes at nook and corners of the city that has affected the flow of customers to his shop.

In fact, Bhandary who studied automobile engineering at KPT Mangaluru had dreams of working at Bosch in Bengaluru. “I worked for a couple of industries selling automobile spares but I wanted to work with Bosch. But things changed after my father passed away in 1962 and later my brother, Keshav,” says Bhandary. His friends suggested him to stay back in his native and do something on his own than struggling in Bengaluru. “The risk was totally worth it,” agrees Bhandary.

Bhandary is also known for his social work. He has volunteered to donate blood at least 42 times, claims Bhandary. “My blood group is AB Positive which is a rarity. I have been donating blood for many years. However, now, I have been advised against doing so by the doctors.”

He is the go-to-man in his community and locality during the last rites rituals.

With Bhandary is all set to retire after nearly five decades, ask him what’s on his mind. “I want to travel the whole of India with my wife, Vijayalakshmi Bhandary. I have never shut my shop, except for one visit to Haridwar some years ago. I want to travel now.” As we speak, Bhandary is frequently interrupted by his customers who are visibly upset about his decision to shut his shop. Some are even threatening to barge into his home to have an omelette made by him, laughs off Bhandary.

Today being the last day of Bhandary’s omelette career, one can see many videos on YouTube that pay rich tribute to this humble man from Mannagudda.

Bhandary says he never had any great ambition when he decided to stay back to look after the store. But as Elizabeth David said “..., there is only one infallible recipe for the perfect omelette: your own,” Bhandary too had ‘his own’ to become ‘Omelette Bhandary’, clearly. 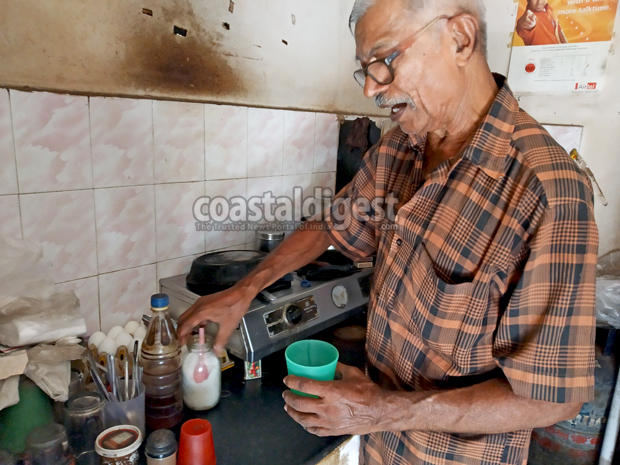 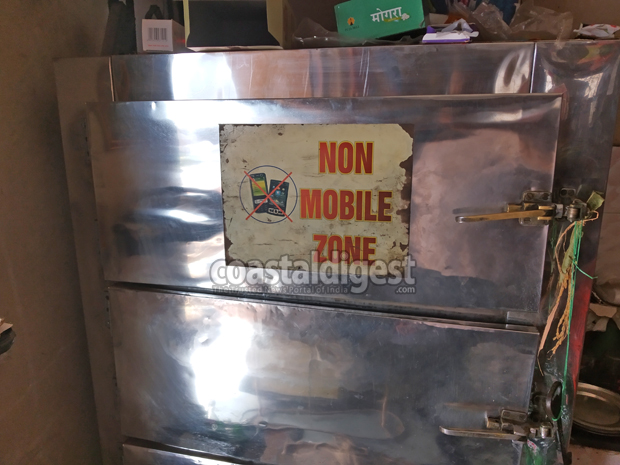