Not Just a Day, Refugees Deserve the Whole Life 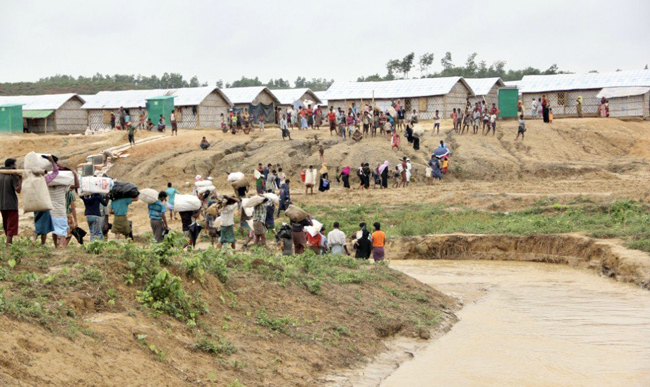 Not all days that we observe reveal our happiness and togetherness. Some reflect the agony and pain that we, as humans, suffer. One such is World Refugee Day which was observed yesterday.

To put in a simple term the refugees are those who are human beings but deprived of a privilege to live like a human on their own land due to oppression from those who happens to be humans. Surprising isn't it?

Yes, unfortunate though, it happens only in human society. Seriously, there is dearth of such instances concerning other leaving creatures be it on the earth or beneath it.

As off now, the world has millions of refugees and displaced people stranded in no man's land, deprived of honored leaving with absolutely no say even in their legal and obligatory rights. As far the definitions there are still more categories that reveal the distressed part of human sufferings. Some of them are refugees, some are displaced people and some are asylum seekers. Have a look at its legal definition:

Article 1(A) (2) of the 1951 Geneva Convention defines a refugee as an individual who is outside his or her country of nationality or habitual residence who is unable or unwilling to return due to a well-founded fear of persecution based on his or her race, religion, nationality, political opinion, or membership in a particular social group. Applying this definition, internally displaced persons (IDPs) – including individuals fleeing natural disasters and generalized violence, stateless individuals not outside their country of habitual residence or not facing persecution, and individuals who have crossed an international border fleeing generalized violence are not considered refugees under either the 1951 Convention or the 1967 Optional Protocol. (Ref: International Justice Resource Centre).

According to United Nations High Commission of Refugees (UNHCR) the world has a whopping 70.8 million people who have been forcibly displaced by the end of 2018. Of them more than half of the population comprises of children.

The issue of people’s forced displacement from the earlier decades of twentieth century was quite noteworthy and aftermath of World War II the issue got aggravated to so high that it compelled the world to come out with preventive measures and suitable solutions. The Refugees Laws and the International Human Rights have specified all possible preventive measures by categorically enshrining humane laws. But present apathy of human rights violation and human degradation is telling a different story.

It takes lions heart to understand the plea of those who have been forcibly evacuated from their homeland. You can say a refugee is an embodiment of human degradation; it is as if the acts of human rights violation have been given a character and an image. Refugees are the most marginalized people who have been displaced from their home land to face unimaginable and untold miseries….they encounter every day with problems like, lack of proper food and water facilities, lack of medical facilities with very feeble chances of getting adequate education. Again, the issues like poverty, insufficient electricity, malnutrition, sanitation, disposal of wastes and lack of administrative and political support make their life like hell. See the plea of refugees:  https://www.unrefugees.org/refugee-facts/statistics/

The UNHCR Refugee Brief, keeps updating the present situation, one can stay in touch with its website for the latest informations.

In today’s technologically advanced and civilized world, the agony of millions of people in different parts of the globe actually raises serious doubts on the authenticity of progress and development. How is that humans can explore space and depth of oceans but fail to travel an easy journey to human hearts? In spite of loads of measures taken at different levels why they are turning out to be insensible, ineffective and lifeless?  See what precautions Universal Declaration of Human Rights has taken to safeguard the human interest:

Its Article 14(1) adopted in 1948, guarantees the right to seek and enjoy asylum in other countries. Subsequent regional human rights instruments have elaborated on this right, guaranteeing the “right to seek and be granted asylum in a foreign territory, in accordance with the legislation of the state and international conventions.” American Convention on Human Rights, Art. 22(7), Charter on Human and Peoples’ Rights, Art. 12 (3).
(Ref: International Justice Resource Centre).

And more over the Refugees Laws and the International Human Rights, inspired by the 1951 Geneva Convention, elaborate the basic rights of the refugees. The first one being Non-Refoulement; it refers to an obligation on the State not to return a refugee to the frontiers of territories where his life and freedom would be in danger on various accounts. Then one of the key rights of the refugees is Freedom of Movement within their host country. Then they have the Right to Liberty and Security, Right to Family and Right to Justice apart from rights to education, access to justice, employment, and other fundamental freedoms and privileges. And there are still more rights incorporated in International and Regional Human Rights Treaties.

We see a little hope in the efforts of some of the world Governments. We applaud their initiatives taken to safeguard the rights of refugees. As per the Refugee Brief of UNCHR few countries have done remarkable job in the resettlement.

As far solution, the only way that can help recover from the pathetic situation of human displacement has two prongs of ideas. First; to develop a humane concept about the humans, it is all about deliberate attempts to restore the human dignity.
Upholding of human rights issues basically depends on how one perceives human status and dignity, everything and all forms of attitudes just follow that pristine human-conception. It is to understand that both displaced and undisplaced are created by One God. The difference among humans on various accounts has been ruled out because there is no legitimate difference in dwelling of both; they live above earth and beneath the sky. Yes the difference in race, color and region is just for identification.

The Second thing that catches the attention is our attitude towards evil. We, generally consider evil as an evil that affects us. If it pertains to other people or society, we find only a few who really seems to be concerned about it. I think the positive attitude towards an evil reflect the other side of one’s relationship with his Creator. Since the Creator doesn’t like sin, so should be his created beings.

If any group or region suffers with calamity and untoward incidents, it becomes moral obligation on the humane world to stand on its toes to support the oppressed ones. Unarguably, refugee is a term represents the present day evil. It shows how careless and insensitive the world is?. The displacement of human beings from their place of origin to a torturous place is a sheer reflection that the majority is insensitive towards the sufferings and pains of fellow human beings.

Albert Einstein rightly stated: “The world will not be destroyed by those who do evil, but by those who watch them without doing anything”

Apart from tens of hundreds of unsung heroes who lend their selfless support for the oppressed ones, we applaud efforts of the institutions like UNHCR too which is working round the clock to protect and aid the refugees’ world over. The NGO’s and interested individuals can support their cause or try to have their own individual and collective voices for the oppressed and downtrodden.

Solution to the gravest problems appears easy if its evil side is perceived as it ought to be. Let us raise our concern and voices that the refugees deserve dignified life and they should be allowed to resettle with their relatives. The developed nations should set an example by extending huge monitory aids for their resettlement. The world leaders should try to pacify the grim situation by ensuring healthy diplomatic and political interventions.

Untiring struggle for the betterment of humanity is what expected from us, if not, who else will provide the solutions?

Not Just a Day, Refugees Deserve the Whole Life