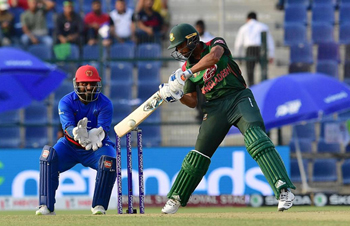 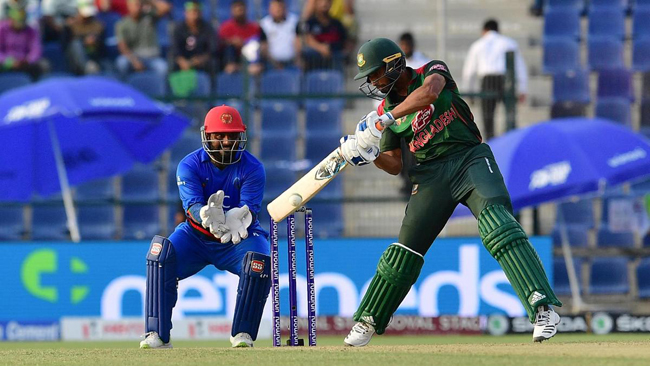 Southampton, Jun 24: After giving a tough fight to India in the last match, Afghanistan will look to register their maiden victory when they lock horns with Bangladesh on Monday at Hampshire Bowl in Southampton.

On June 22, Afghanistan lost to India by 11 runs after they nearly pulled off a stunning upset against the Men in Blue.

The team is yet to win any game and are languishing at the bottom of the points table.

On the other hand, Bangladesh have had a decent start to their World Cup campaign, winning two games so far but lost three.

Their match against Sri Lanka was abandoned due to rain. They currently hold the sixth position in the tournament standings.

The Bangla Tigers displayed a spirited performance in their last match against Australia while chasing a huge target of 382. Although they lost by 48 runs, their batting performance was lauded.

Here are the key players to watch out during the Afghanistan-Bangladesh clash:

Shakib moved to the top in the ICC ODI rankings for all-rounders last month. The 32-year-old has been in sensational form in this World Cup as he is the second highest run-scorer in the tournament so far. The left-hander has scored 425 runs in the World Cup till now.

The 20-year-old Rashid leads Afghanistan's spin bowling attack. He entered the World Cup at the back of 17 wickets in this year's IPL tournament.

Rashid returned with the figures of 2-17 against Sri Lanka.

Of late, the left-handed batsman has been in exceptional form for Bangladesh. The opener has provided quickfire start to the team. He along with Tamim Iqbal has provided the team with a solid foundation.

Sarkar scored 42 runs off just 30 balls in Bangladesh's first match in the World Cup against South Africa. The 26-year-old has become a lynchpin of the team and the side's hopes will rely on him in the match against Afghanistan too.

Nabi strengthens Afghanistan's bowling attack as the 34-year-old provides experience to the squad. He bagged four wickets against Sri Lanka.

The Afghan all-rounder can also add some runs with a bat when required by the team. He nearly helped his side to chase India's score of 225.

Nabi has scalped six wickets so far in the tournament.

The Afghan skipper possesses dual ability of bowling as well as batting and is a vital member of the squad. He can bat in the lower order and is also a regular bowler of the team.

Naib returned with the figure of 2-51 against India. He has seven wickets to his name in the ongoing World Cup.