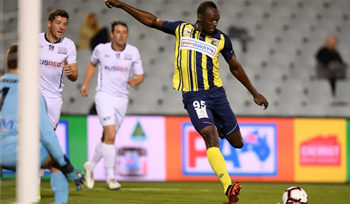 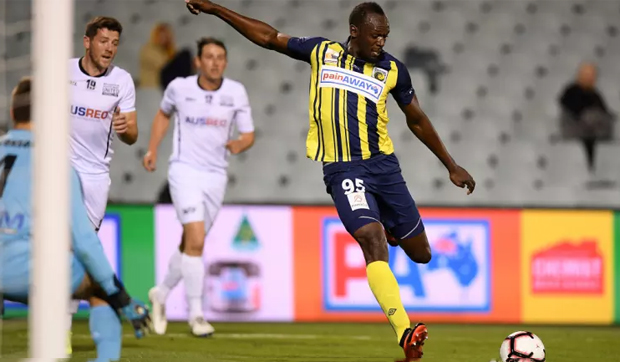 The 100m world record holder, who is bidding for a professional contract, recovered from a painful kick in the groin to grab a double against Macarthur South West United in Sydney.

Bolt, 32, finished with his left foot after some slack marking in the 55th minute, celebrating with his trademark "Lightning Bolt" pose.

The Jamaican then capitalised on a defensive mix-up to score his second in the 69th minute but was denied the chance to go for a hat trick when he was substituted six minutes later with the score at 4-0.

BOLT HAS HIS BRACE!

It was the first game Bolt has started in since joining the A-League club in August for an indefinite trial.

“I’m just happy that I got a chance and I’m proud of myself,” Bolt told host broadcaster Fox Sports after the game.

“It was a big deal... first start and scoring two goals. It was a good feeling. This is what I worked towards. I try to get better and I am on the way to doing that.”

Bolt said he had a “lot more to learn” and was keen to join the Mariners on a professional contract.

“I’m keen, that’s why I’m here to play my best and to try and get into the team,” he added.