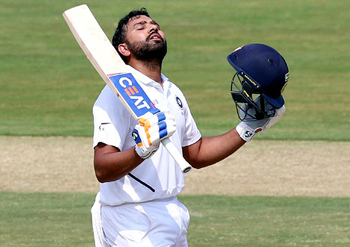 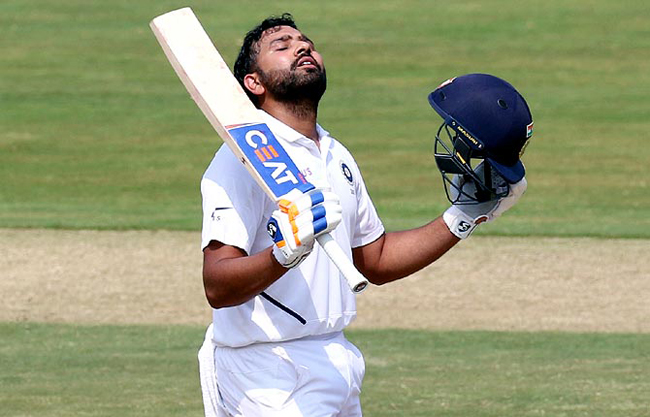 Visakhapatnam, Oct 2: Rohit Sharma smashed his first century as an opening batsman in the longest format of the game here on Wednesday.

The right-handed batsman now has four centuries in Test matches. He hit the other three centuries at number six position.

Earlier in the day, after winning the toss and electing to bat, India got off to a sturdy start as openers Rohit and Mayank laid a solid foundation for the team.

Both Rohit and Mayank are unbeaten on 115 and 84 respectively.

India has posted a score of 202 without losing a wicket till tea on day one.