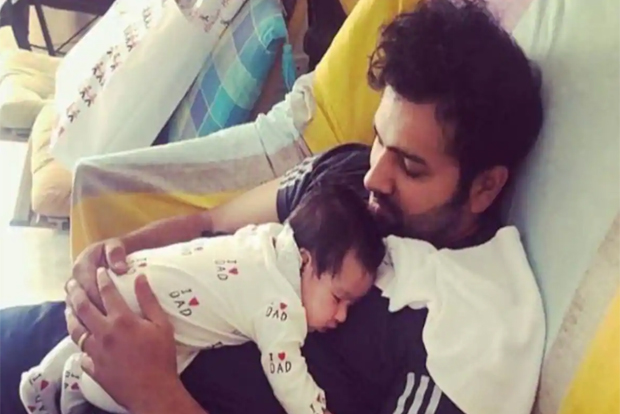 Manchester, Jun 17: Calmness has always been Rohit Sharma's biggest asset and the bliss of fatherhood has only enhanced his composed personality, something which has reflected in his stellar performances in the World Cup.

The Indian vice-captain has hit the high notes with hundreds against South Africa and Pakistan along with a half-century against Australia.

For him, more than planning and preparation, it is the "head space" that has made all the difference.

"I think it’s just the space I am in right now. It’s a very good phase in my life. Having a daughter in my life actually has put me in a good space. So, yeah, I think I'm enjoying my cricket," Rohit said after his match-winning 140 off 113 balls against Pakistan here on Sunday.

"I think as a team we're heading in the right direction. For us, it is important to just keep ticking all the boxes, and I think, as a team, we have done that most of the time," Virat Kohli’s deputy echoed his skipper’s sentiments.

In every match so far, Rohit’s risk assessment has been immaculate in the initial phase of the innings.

"The last two days we were here, the pitch was under the covers, and it was a little soft when we started. When the conditions are like that, it becomes more of a new ball game and then the opposition can put pressure if you lose a few wickets," he said.

His captain had termed Rohit's hundred against South Africa as his best ODI innings.

So when asked where he would rate his match-winning effort against Pakistan, Rohit responded nonchalantly.

"I'm sure if I get 100 in another game, you'll ask me the same question. Was this satisfying," he laughed.

"I don't know. It's hard to put any knock on the top because all those knocks you play for your country are very, very important," he said.

Against Pakistan, Rohit scored 30 runs through cuts and 28 through pull shots which included seven fours and three sixes.

Was he pleasantly surprised that Pakistan bowlers, especially Hasan Ali and Wahab Riaz, bowled short and wide to him?

"I don’t know what happens in their team meeting, whether it’s to bowl up (fuller) or bowl short. The first 10 overs, they bowled pretty well. Of course, we know in England, once you are in, it’s very hard for the bowlers to come back, and there’s not enough room for error. That is pretty simple," said the second highest aggregator in the competition (319 runs) behind Aaron Finch (343 runs).

But he did agree that Pakistan bowled to his strength as the innings went on.

"They did bowl up (fuller) a fair amount, but then, again, as a batsman you are ready to just pounce on it when given or bowl to your strength. So I think it is my strength when someone bowls short to me," he added.

The best response to a question was the one with which he signed off.

A Pakistani journalist asked, what would be his advice for Pakistan team which is in a crisis situation, he said: "Jab main Pakistan team ka coach banoonga tab jawab doonga (I will answer when I become Pakistan coach)".