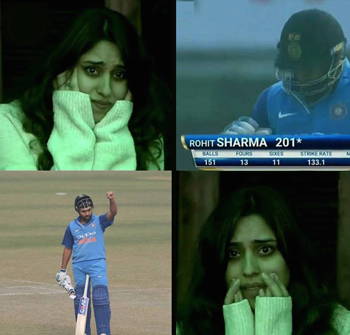 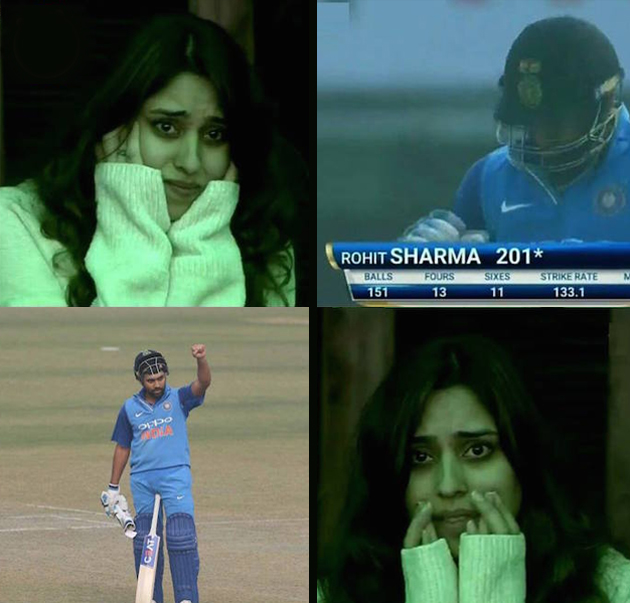 Mumbai, Jun 6: Reminiscing about his 'special knock' of 208 runs from 153 balls, Indian cricketer Rohit Sharma revealed why his wife Ritika had got emotional after he smashed his third double century in ODIs.

Rohit narrated the incident during his appearance in Episode 2 of the 'Open nets with Mayank'.

The batsman, who was accompanied by Shikhar Dhawan and Mayank on the show, said his wife thought that he had twisted his hand while diving for the 196th run during the innings.

"As you can see my wife got emotional there, this day was special as it was my anniversary. Probably the best gift I could give it to her while I am on the field, it was quite emotional though," said Rohit during the candid chat.

"When I came from the ground, I just asked her why did you (Ritika) cry? So she told me that she thought I (Rohit) twisted my hand when I dived for my 196th run and that was a little worrying factor for her, she got little emotional of because of that I guess," Rohit added.

In the match, the 32-year-old scored 208 runs with 13 fours and 12 sixes against Sri Lanka at Punjab Cricket Association IS Bindra Stadium in Mohali.

This enabled India to post a score of 392/4 in the allotted fifty overs.

India then went on to win the match by 141 runs.

"To be honest I was going pretty slow, I never thought I will get to a double hundred but once you cross 125, I feel it gets easier for you because bowlers are under pressure. Unless you make a mistake I don't think you can get out," said Rohit.

Rohit has scored two double hundreds against Sri Lanka and one against Australia in ODIs. The right-handed batsman is the only cricketer to make three double hundreds in ODI history.

Rohit, Shikhar, and Mayank would have been in action for Mumbai Indians, Delhi Capitals, and Kings XI Punjab respectively, had the Indian Premier League (IPL) commenced from March 29. However, the tournament was suspended indefinitely due to the coronavirus pandemic.