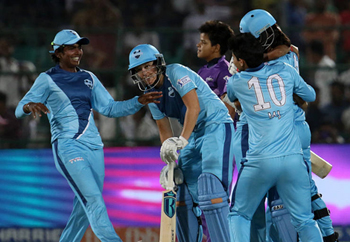 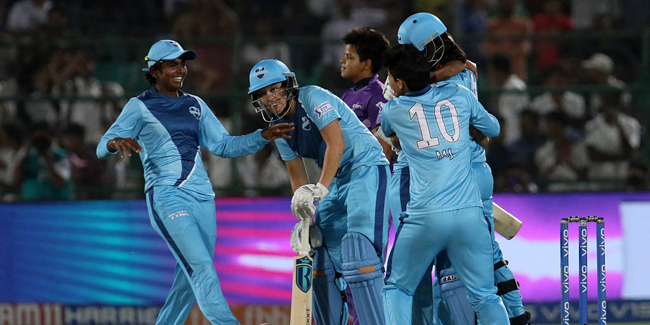 Jaipur, May 12: Captain Harmanpreet Kaur struck a sensational half century as Supernovas clinched the Women's T20 Challenge title with a four-wicket win over Velocity in a dramatic summit clash here on Saturday.

Kaur (51) produced a late onslaught on the Velocity bowlers after the Supernovas made a heavy weather of a small chase of 121.

The Supernovas overhauled the target off the last delivery of the run chase, reaching 125 for 6 from 20 overs. Coming out to bat in the 11th over at the team score of 53 for 2, the India T20 captain struck a quickfire 51 off 37 balls which was lashed with four boundaries and three sixes to take her side to the threshold of victory.

The Supernovas needed seven from the final over but drama unfolded as Kaur was out in the second delivery which raised the visions of a Velocity win. But Lea Tahuhu (2 not out) and Radha Yadav (10 not out) kept their nerves to hit the required runs in a tense finish.