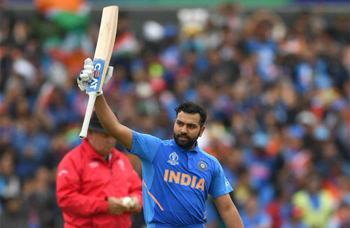 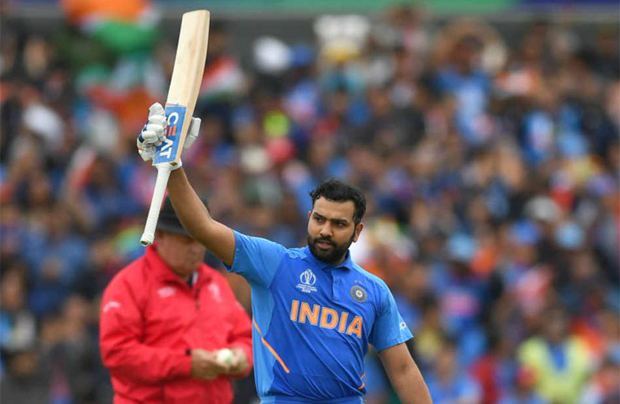 Newsroom, Jun 16: The swashbuckling opener Rohit Sharma who today became just the second Indian cricketer to hit a century against arch-rivals Pakistan in a World Cup match has won the hearts of Indian cricket fans across the world.

Sharma brought up an 85-ball century in India's ICC World Cup 2019 match vs Pakistan at Old Trafford in Manchester. His brilliant 140 off 113 balls which included a partnerships of 136 with KL Rahul (57) and 98 with Virat Kohli.

Twitter abuzz with praise for the Indian hitman after his brilliant knock that destroyed the bowlers of Pakistan. Here are a few tweets:

#hitman @ImRo45 scoring 140. @imVkohli becoming the fastest batsman to cross 11000 runs in #ODI. The sun is out now and let’s hope for a consecutive 7th victory against Pak in #ICCCricketWorldCup! #commonindia #starsports #starsportskannada #INDvsPAK

It’s amazing that we start visualising a Rohit double hundred the moment he goes past 100...we are not wrong to do that, are we? #RohitSharma

The Hitman show in Old Trafford - Put your hands up for @ImRo45 #TeamIndia #CWC19 #INDvsPAK pic.twitter.com/H7nMpYZleP