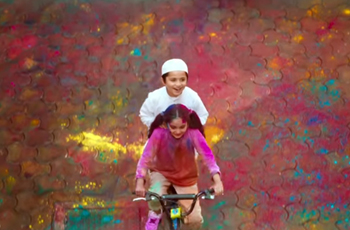 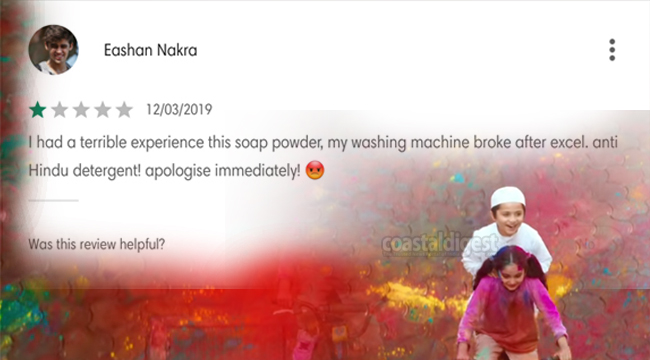 The ad that promotes Surf Excel’s ‘Daag acche hai’ campaign has also divided social media. While some people are praising Surf Excel for the advertisement, the ad has not gone well with others.

The one-minute-long ad features a young Hindu girl, dressed in a white T-shirt, who chooses to get stained in Holi colours in order to protect her young Muslim friend who has to go to the nearby mosque to pray. The advertisement ends with its classic tagline, 'daag acche hain' (stains are good). Agar kuch achha karne mein daag lag jaaye toh daag achhe hain (Stains that come as a part of a good deed are good stains), goes the tagline.

With the advertisement, Hindustan Unilever, owner of Surf Excel, tries promoting religious harmony and bringing people together with the power of colours.

Released on February 27, the video has already managed to gather around eight million views on YouTube. On Twitter, however, the campaign has faced the wrath of users who feel that the ad is 'Hindu phobic' and controversial and wants to showcase that Namaaz is more important than Holi.

Some Bhakts are really Angry with Microsoft Excel for the “Anti-Hindu” ad of Surf Excel pic.twitter.com/NoYfCZ00e1

The Hindutva chauvinists offended by the advertisement have already taken to Facebook and Twitter to demand the boycott of the Surf Excel brand and HUL. While hashtags like #BoycottSurExcel and #BoycottHindustanUnilever have been trending on social media since past couple of days, many people have now started to ‘downrate’ the Microsoft Excel app on Google’s app store.

This isn’t the first time that an app has seen its ratings plummet due to the anger of Google Play users. In the past, Snapdeal and Snapchat have seen their ratings on the Google Play store affected by angry users.

SHIT HAPPENS? Am I reading a news or something else?  Have some editorial ethics. Who uses metaphors like these in a daily news?

These sanghese are always anti natinal and any communal harmony.  They never supported freedom of india from british and still disrespect Constitution.  They are loft over waste in india by British.   Sanghis aloways coordinated wth british and were agents giving secrets about meeting of freedm fighgters.   British massacred thusands of people in jalianwala baugh and the informatin about the gathering was given to british by these gaddars.   Same blood is still running in them.  They treat the first indian terrorist Naturam Godse as their  God.   These gaddars should be give good lesson by all the peace lovers and nationalists.