Hyderabad, Dec 7: Skipper Virat Kohli stamped his authority with yet another sublime innings of career-best 94 not out as India pulled off their highest successful run chase in a T20 International to beat West Indies by six wickets in the first match here on Friday.

KL Rahul also struck an impressive 62 off just 40 balls to help India chase down the target of 208 with eight balls to spare.

The earlier highest successful run chase for India in a T20I was the 207 against Sri Lanka in Mohali in 2009.

India, thus, took a 1-0 lead in the three-match series. The second T20 International will be played in Thiruvananthapuram on Sunday.

Opening the innings in the absence of injured Shikhar Dhawan, Rahul played fluently to score his seventh T20I fifty, during which he hit five boundaries and four sixes to make a case for himself to be in India's squad for next year's T20 World Cup.

Kohli, who played the second fiddle till Rahul was around, showed his class and opened up his arms to notch up his fifty of 35 balls and guided India to a rather comprehensive win as the home side reached 208 for 4 in 18.4 overs.

Rahul and Kohli shared 100 runs for the second wicket to lay the platform for the victory.

Kohli, in the end, remained unbeaten six runs shy of century. He hit six fours and as many sixes from the 50 balls he faced.

After hitting Kesrick Williams for a six in the 16th over, a fired up Indian captain also used his bat as an imaginary notebook to "tick" the bowler's name off. Kohli later said that he remembered Williams doing the same in Jamaica when the Indian team was there for a tour.

Rishabh Pant made 18 off nine deliveries but again threw away his wicket to only make matters difficult for himself.

India, however, made a quiet start to their chase as the first over produced just four runs. But Rahul struck three boundaries off Jason Holder to give impetus to India's chase.

India were dealt a severe blow in the fourth over when Rohit Sharma (8) picked out Shimron Hetmyer at deep midwicket off the bowling of Khary Pierre with India's scoreboard reading 30 in 3.2 overs.

Rahul, however, meant business as he continued his onslaught and struck Sheldon Cotrell and Pierre for two sixes in consecutive overs to take India forward.

Earlier, Shimron Hetmyer struck a quick half-century as West Indies produced a fine batting display to post a challenging 207 for 5.

An aggressive Hetmyer made 56 off 41 balls which was studded with two boundaries and four hits over the fence to hold West Indies from one end after being sent into bat.

Kieron Pollard (37 off 19 balls) to lay the base for the West Indies total.

The Indians, however, were far from impressive on the field as Washington Sundar and Rohit Sharma dropped a few catches.

Off-spinner Washington Sundar (1/34) leaked runs in the first over before Deepak Chahar (1/56) gave India the breakthrough in the next over, taking the wicket of Lendl Simmons, caught by Rohit Sharma in the first slip.

Evin Lewis (40 off 17) and young King then added 51 runs for the second wicket, during which they played some fearless shots, to take West Indies forward.

Lewis pulled Chahar for two sixes in the fourth over to make his intentions clear. He continued the onslaught and struck comeback man Bhuvneshwar Kumar for a six and a four in consecutive balls. He then smoked off-spinner Sundar over the cover boundary but perished in the next ball, LBW in search of one shot too many.

Young King and Hetmyer then added 37 runs for the third wicket before the former was stumped by Rishabh Pant off Ravindra Jadeja's (1/30) bowling.

Hetmyer, on the other hand, went about his business in a quiet fashion, hitting the bad deliveries out of the park to register his fifth half-century in T20 cricket in 35 balls.

But a double breakthrough by leg-spinner Yuzvendra Chahal (2/36) in the 18th over put a check on West Indies' scoring rate. 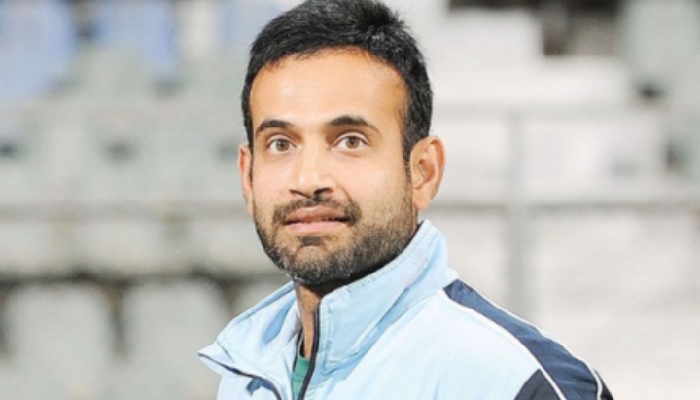 Pathan is among 70 foreign players to have shown interest in playing the LPL, ESPNcricinfo reported.

It is believed that Pathan has taken permission from the Board of Control for Cricket in India (BCCI) to take part in the competition.

BCCI doesn't allow active players to participate in other T20 leagues but Pathan announced his retirement in January this year.

According to ESPNcricinfo, Pathan will now be put in a player draft unless one of the five franchises choose him to be a marquee player. The details of the draft, and the franchise owners, are yet to be finalised and announced.

Sri Lanka Cricket (SLC) is also waiting on some government clearances even as it decides on franchise owners. The five franchises will represent Colombo, Kandy, Galle, Dambulla and Jaffna.

On Monday, SLC Executive Committee granted approval for the tournament.

Sri Lanka has controlled the spread of COVID-19 better than many other cricket-playing nations. 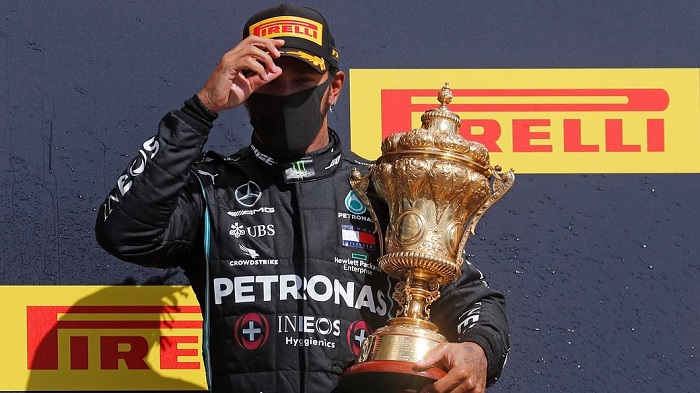 Hamilton and teammate Valtteri Bottas were at the first and second spot respectively until tyre drama struck.

Second-placed man Bottas was the first to suffer as his tyre deflated on lap 50, resulting in 11th place finish. Hamilton also suffered a similar issue before the final few seconds of the race.

However, with Max Verstappen having opted to pit a few laps from the end to try and claim the fastest lap, Hamilton had enough time in hand to just cross the line first, five seconds ahead of Verstappen and the third-placed Ferrari of Charles Leclerc.

McLaren's Carlos Sainz had been set to finish fourth, but his own last lap tyre issue saw him eventually come home P13, allowing Renault's Daniel Ricciardo to claim fourth, following a late pass on the sister McLaren of Lando Norris.

Alex Albon finished eighth for Red Bull, having recovered from a lap 1 tussle with the Haas of Kevin Magnussen that saw him fall to last, while Lance Stroll and Sebastian Vettel rounded out the top 10, Vettel holding off a late charge form the recovering Mercedes of Bottas.

New Delhi, Jul 14: Indian bowler Bhuvneshwar Kumar, who features in the list of A category players released by BCCI, has revealed his first-ever paycheck.

Bhuvneshwar was participating in a question and answer session on Twitter where he gave his take on fans' queries.

The 30-year-old bowler was asked about his first paycheck by a fan and Bhuvneshwar responded by saying, "It was for Rs 3000. I shopped and still managed to saved some."

The right-arm bowler also revealed that football and badminton are his favourite sports other than cricket.

Earlier this year, Bhuvneshwar was named in the list A category of players. BCCI had released the list of centrally contracted players for the period from October 2019 to September 2020. Annually, A category players get Rs 5 crore.

The right-arm bowler would have been in action for Sunrisers Hyderabad if the Indian Premier League (IPL) had commenced from March 29. However, the tournament was postponed indefinitely due to the coronavirus pandemic.