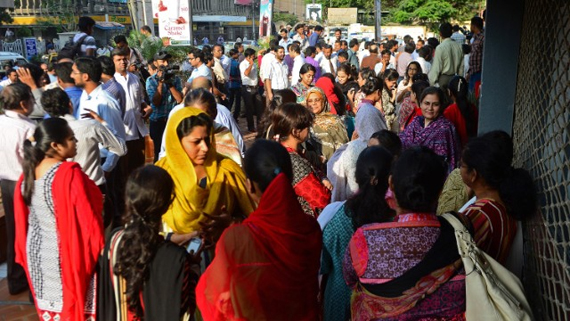 Islamabad, Sep 25: The death toll in the devastating earthquake that struck havoc in Pakistan's southwestern Balochistan province rose to 217 today, amid fears that it is likely to go up.

Many of the far-flung areas in Balochistan are yet to be reached by rescue teams because of the terrain and lack of proper roads.

Home Secretary Asad Gilani said yesterday's 7.7-magnitude earthquake had claimed the lives of 208 people and injured 350 others in Awaran district, Dawn daily quoted him as saying.

Deaths of seven more people were reported from Turbat city in Kech district of Balochistan.

Gilani that the long distance and disrupted road routes were causing obstacles to the relief efforts.

Over 300 Army and Frontier Corps troops are already involved in rescue operations and military sources said further troops have been mobilised to the affected areas.

A large number of people were rescued from the debris of houses and the injured were given emergency medical aid by army and FC doctors and paramedics. Locals in Awaran district said no building in the town, including those of hospitals, schools and government buildings, remained intact.

Addressing a press conference, Buledi said the earthquake affected six districts in the province and that Awaran was the worst affected district where hundreds of mud-walled houses were demolished as result of the powerful earthquake.

The quake was so strong that it prompted a new 'island' to rise from the sea just off Pakistan's southern coast.

The earthquake caused the seabed to rise and create a small, mountain-like island about 600 meters off Gwadar coastline in the Arabian Sea.

A large number of people had gathered near the coast to witness the emergence of the island.

"The island popped up soon after the earthquake. Our staff stationed in Gwadar has reported that the island is about one and a half kilometres away from the coastline," said Dr Asif Inam, the Principal Scientific Officer of the National Institute of Oceanography.

It's the third time in 15 years that such a phenomenon has occurred along the Balochistan coast.

Quetta, Pakistan, Sep 24: A huge earthquake hit southwest Pakistan on Tuesday, killing at least 33 people, toppling scores of homes and sending people around the region rushing into the streets in panic. 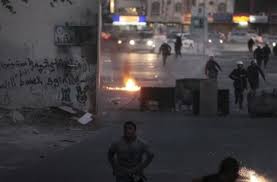 Officials said the tremor at 4:29pm (1129 GMT) had demolished dozens of houses in Awaran, 350 kilometres (219 miles) southwest of the Baluchistan provincial capital Quetta. Its epicentre was 15 kilometres below ground.

The area is sparsely populated and most buildings are mud-built. But the US Geological Survey issued a red alert, warning that heavy casualties were likely based on past data.

"A large number of houses have collapsed in the area and we fear the death toll may rise," said Rafiq Lassi, police chief for Awaran district.

The provincial government declared an emergency in Awaran and the military mobilised 200 soldiers and paramilitary troops to help with the immediate relief effort.

"We have received reports that many homes in Awaran district have collapsed. We fear many deaths," Jan Muhammad Baledi, a spokesman for the Baluchistan government, said on the ARY news channel.

"There are not many doctors in the area but we are trying to provide maximum facilities in the affected areas."

Television footage showed collapsed houses, caved-in roofs and people sitting in the open air outside their homes, the rubble of mud and bricks scattered around them.

Abdul Qudoos Bizinjo, deputy speaker of Baluchistan's parliament, told Dunya TV there were reports of "heavy losses" in Awaran. Damage to the mobile phone network was hampering communications in the area, he said.

Awaran district has an estimated population of around 300,000.

Tremors were felt as far away as the Indian capital and even Dubai in the Gulf, while office workers in the Indian city of Ahmedabad near the border with Pakistan ran out of buildings and into the street in panic.

In April a 7.8-magnitude quake centred in southeast Iran, close to the border with Baluchistan, killed 41 people and affected more than 12,000 on the Pakistan side of the border.

The Red Crescent in Tehran reported no damage from the latest quake but office workers in Pakistan's largest city Karachi rushed out of their buildings, and squatted or stood on the footpaths well away from the structures.

"My work table jerked a bit and again and I impulsively rushed outside," said Noor Jabeen, a 28-year woman working for an insurance company, breathing heavily.

"It was not so intense but it was terrible," said Owais Khan, who works for a provincial government office.

"Whenever I feel jolts it reminds me of the 2005 earthquake in Kashmir," said Amjad Ali, 45, an IT official standing in the street.

The 7.6 magnitude quake in 2005 centred in Kashmir killed at least 73,000 people and left several million homeless in one of the worst natural disasters to hit Pakistan.