Kathmandu, Aug 27: Water-starved South Asian nations have devised their own answer to the Ice Bucket Challenge taking the social media world by storm, instead filling buckets with rice and other supplies for the needy. 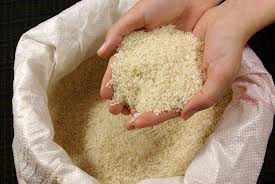 Since June, thousands of people worldwide have doused themselves with a bucket of icy water, then posted a video recording of the stunt online and challenged others to do the same or pledge a donation.

The "Ice Bucket Challenge" aims to raise awareness about ALS, a condition of the nervous system also known as Lou Gehrig's disease.

However, in Nepal, a #FillTheBucket challenge has been launched asking people to load up plastic buckets with food and medical supplies to help families displaced by deadly flooding and landslides this month in the Himalayan nation.

"We received about 25 buckets today and a local school is bringing 100 tomorrow," said Sunny Manandhar, whose Kathmandu clothing store Curves is serving as a collection centre.

At least 250 people have died and over 14,000 families have been displaced in Nepal after torrential monsoon rains triggered landslides and flooding, devastating entire villages and leaving thousands homeless.

"Wasting water like this in a tropical country is an insult to thousands who are suffering because of the drought," said former foreign minister and opposition spokesman Mangala Samaraweera, referring to the parched southern regions of the island nation.