US should work with Iran, Syria to deal with ISIL: Expert

Washington, Sep 4: The United States should work with Iran and Syria in order to tackle the threat of the ISIL terrorist group, an American foreign policy expert says. 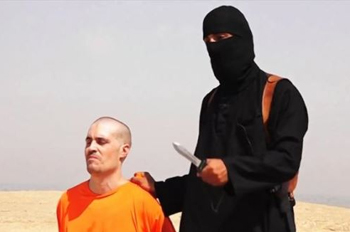 James Jatras, a former US Senate foreign policy analyst from Washington, made the remarks in a phone interview with Press TV on Wednesday.

On Sunday, two US Congressmen clashed over the likelihood of ISIL, also known as the Islamic State (IS), conducting a terrorist attack inside the United States, with one lawmaker arguing that Washington should follow London and raise its terror alert level because of the threat posed by ISIL.

“I think it's very premature to be talking about raising the alert level here in the United States. We are going to get alert level fatigue when they are constantly pointing this threat and that threat which has a very little chance of materializing,” Jatras said.

“As far as the Islamic State in Iraq and Syria goes, yes I am sure there are some elements there they would love to strike the United States if they had the capability to do so. But I think we have to look at that that's something relatively remote at this time,” he added.

“It's more of a problem with regards to the states in the [Middle East] region and that's where the American policy is really quite confused. We still insist on adversarial relationship [with] both Damascus and Tehran, which…have adversarial relationships with the Islamic State. But we don't seem to be able to get our priorities straight. [W]e are still working primarily with countries, like Saudi Arabia, United Arab Emirates, Qatar and Turkey which have led to the rise of the Islamic state in the first place,” the analyst concluded.

In last two weeks, the group, which is operating in Iraq and Syria, reportedly beheaded two American journalists.

US should work with Iran, Syria to deal with ISIL: Expert