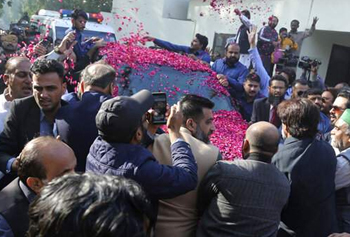 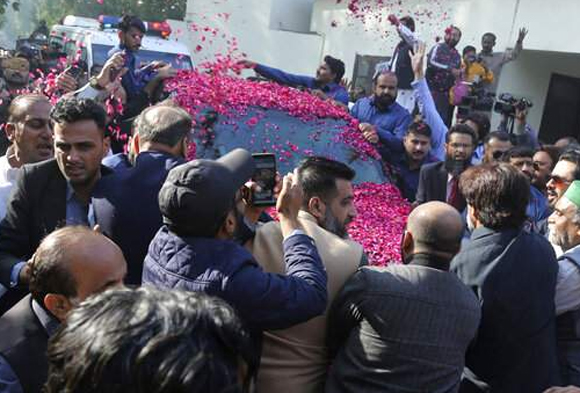 Lahore, Nov 19: Pakistan’s ailing former Prime Minister Nawaz Sharif, who was convicted of corruption, has left the country and is traveling to London for medical treatment.

Sharif departed on a special plane on Tuesday from the city of Lahore, after a court granted him permission to leave for four weeks abroad for medical treatment.

His conviction was earlier suspended for eight weeks on medical grounds.

The 69-year-old Sharif was sentenced to seven years in prison on corruption charges in 2019. After his health deteriorated last month, he was rushed from his cell to a hospital in Lahore. While in hospital, he suffered a minor heart attack.

Three times prime minister, Sharif was removed from office by the judiciary in 2017 over corruption allegations. He denies the charge, saying he was politically victimized.