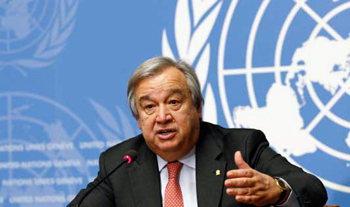 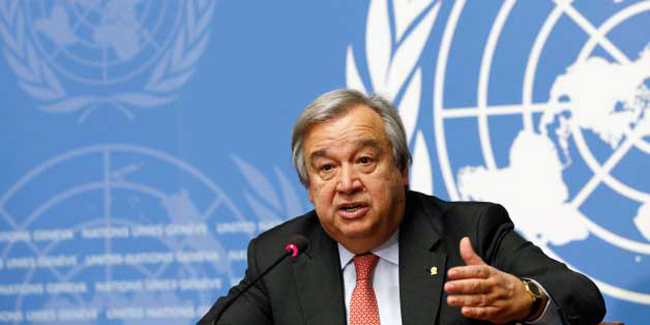 UN Secretary-General Antonio Guterres has warned that hatred speech has been spreading like wildfire through the Internet, saying attention should be given to “physical aggressions” in the recent attacks against the Jewish, Christian or Muslim centres.

"This situation requires a huge investment, an investment in social cohesion and investment in diversity to make people feel that even if they are different from others ... the societies should accept them, integrate them and respect them," Xinhua quoted Guterres as saying to the inaugural United Nations Model UN Summit on Friday.

Citing the recent attacks against several religious sites in New Zealand and Pittsburgh of the US, the UN chief called on the international community to guard against both "extreme thinking and extreme political action."

Noting that diversity "makes our society more vibrant and more interesting," the UN chief urged the international community to address the root causes behind the rise of both hatred speeches and actions.

"We need to really go deep, look into the root causes of why things are wrong," he noted.

The UN chief stressed that young generation has "a fundamental role to play" in this regard.

The UN Secretary-General reiterated the importance of multilateralism in addressing global problems, noting that "no country alone can solve these problems."

"Whether people like the UN or not, whether people think that UN must be reforming this or that aspect, we still need UN as a fundamental tool for a better world," the secretary-general concluded.

Model United Nations (MUN) simulations are popular exercises for those interested in learning more about the UN.

It is estimated that more than 400,000 students worldwide participate every year in MUN at all educational levels -- from primary school to university. Many of today's leaders in law, government, business and the arts fields have participated in MUN as students.

The UN Department of Global Communications wants to see Model United Nations become an actual agent of positive change in communities across the globe. As a first step, it held the Inaugural United Nations Model UN Summit on Friday.