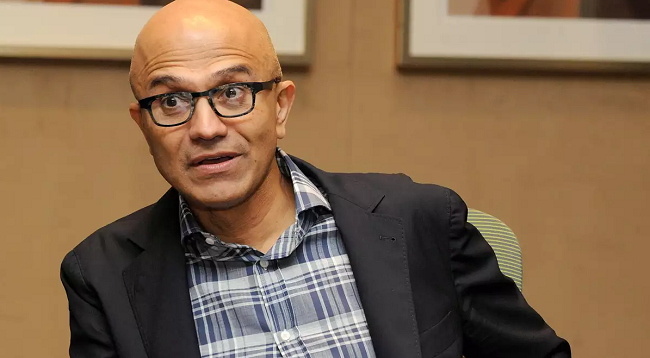 Washington, Jun 2: There is no place for hate and racism in the society, Microsoft CEO Satya Nadella has said, asserting that empathy and shared understanding are a start, but more needs to be done. Nadella’s remarks come in the wake of the custodial death of George Floyd, a 46-year-old African-American man who was pinned to the ground in Minneapolis on May 25 by a white police officer who kneeled on his neck as he gasped for breath.

“There is no place for hate and racism in our society. Empathy and shared understanding are a start, but we must do more,” Nadella said in a tweet on Monday.

“I stand with the Black and African American community and we are committed to building on this work in our company and in our communities,” Nadella said.

“Today on US Google & YouTube homepages we share our support for racial equality in solidarity with the Black community and in memory of George Floyd, Breonna Taylor, Ahmaud Arbery & others who don’t have a voice,” Pichai wrote on Twitter on Sunday.

“For those feeling grief, anger, sadness & fear, you are not alone,” Pichai said, sharing a screenshot of the Google search home page which said, “We stand in support of racial equality, and all those who search for it.”

Nadella’s Microsoft also said they will be using the platform to amplify voices from the Black and African American community at the company.

Nadella had also spoken out a few months ago about the discriminatory Citizenship Amendment Act passed in his native country. Talking to BuzzFeed’s editor-in-chief, Ben Smith, in Manhattan, Nadella said what’s happening in the country is “sad.”

“I think what is happening is sad. I feel, and in fact quite frankly, now being informed (and) shaped by the two amazing American things that I’ve observed which is both, it’s technology reaching me where I was growing up and its immigration policy and even a story like mine being possible in a country like this.

“I think, it’s just bad, if anything, I would love to see a Bangladeshi immigrant who comes to India and creates the next unicorn in India or becomes the CEO of Infosys. That should be the aspiration. If I had to sort of mirror what happened to me in the US, I hope that’s what happens in India,” Microsoft’s India-born CEO was quoted as saying by BuzzFeed.