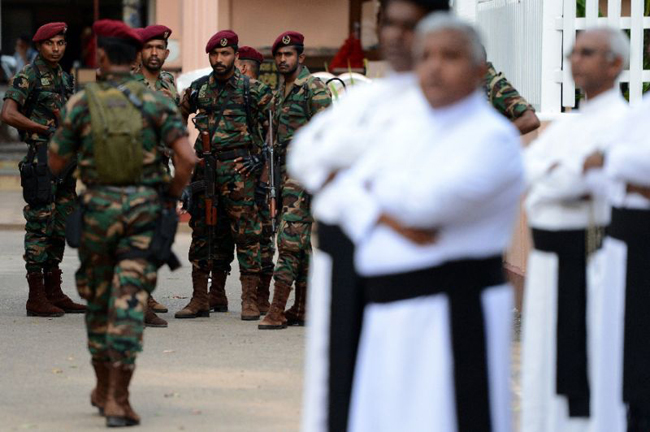 Colombo, Jun 21: Nine senior Sri Lankan police officials will face criminal investigations for their failure to act on the intelligence warnings, including from India, to prevent the Easter Sunday attacks that killed 258 people.

A series of coordinated blasts carried out by the banned National Thawheed Jamaath (NTJ) targeted three churches and high-end hotels, killing 258 people and injuring 500 others.

India had issued a warning to the neighbouring country in early April about the possibility of attacks at various locations, including the Indian High Commission.

As a fallout of the blasts, Sirisena sacked former intelligence chief Sisira Mendis after he testified before a parliament select committee formed to probe the blasts, saying that the April 21 attacks could have been averted and President Sirisena had failed to hold regular security meetings to assess the threat from Islamic radicals.

However, Jayasundera, who has moved the Supreme Court against his suspension, has not been named for any criminal investigation.

A separate parliamentary probe is also underway to fix responsibility of ignoring the intelligence warnings about the impending attacks.