Hassan, Oct 6: A youth leader of Bharatiya Janata Party (BJP) was arrested and later released on bail after he allegedly Holenarasipura tahsildar and disturbed a social gathering along with his accomplices. 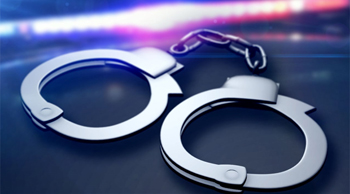 The issue took a political turn with former minister HD Revanna defending Holenarasipura tahsildar Shreenivasa KR, saying he is a teetotaler. Deputy commissioner R Girish slapped a notice on the tahsildar demanding an explanation. Nagesh, who was released, is president of the Hassan district BJP Yuva Morcha.

According to complainant Shreenivasa, he was having dinner with Shivaraj DS, Arkalgud tahsildar, his batchmates and staff at the Inspection Bungalow when five men barged into their room and started shooting videos on smartphones.

Shreenivasa said: "We were having dinner on Friday and none of my friends have a habit of drinking alcohol. A group of persons entered suddenly, alleging that tahsildars are not doing work. We summoned police."

Regarding videos in which bottles of alcohol are seen on the table, Shreenivasa claimed they were placed by the group.

Mangaluru, July 13: Moderate to heavy rains continued to lash coastal districts and Malnad on Tuesday morning. The regions have been experiencing incessant rain since last Thursday.

The unrelenting rains have swelled the west-flowing rivers. A 40-year-old man was feared to have been washed away in Mundalli river in Bhatkal taluk. Local fishermen made a vain effort to save Sridhar Devadiga.

Several houses were damaged in the rain in Udupi and Dakshina Kannada districts. The IMD has forecast heavy showers in the coast till July 17. With winds reaching speeds of up to 60 kmph and high waves, the weather department has warned the fishermen not to venture into the rough Arabian Sea.

Hilly districts Kodagu and Chikkamagaluru have been receiving good rainfall. The relentless downpour in the region have swelled the reservoirs in Shivamogga. On Monday, inflow to Linganamakki reservoir clocked 7,083 cusec while Tunga and Bhadra dams received 4,842 and 3,339 cusec respectively.

Cauvery and Lakshmanathirtha rivers have been recording copious inflows in the last few days. Water level in Harangi reservoir in Kodagu has gone up by quite a few notches.

Parts of Bidar and Kalaburagi districts recorded good rainfall on Monday. The twin districts have been experiencing heavy showers in the last three to four days.

Udupi, Jul 10: A man who sent a death note by post after going missing from Baikady in Brahmavar two days ago, was found dead on Saturday, police said. His body was found floating in the Uppur river near Santhekatte.

According to police, locals saw Sridhar Mayya's (60) body and informed the police who later arrived sent it for post-mortem.

Mayya, who was residing near Kameshwar Temple in Baikady village, had left home on the evening of July 8 to Chikkamagaluru in connection with a court case. He had then told his daughter that he would return in four days.

After his departure, a registered letter reportedly written by him and addressed to the Temple President was received by the temple. In the letter he had said he was dejected in life due to health problems. He had also written that he himself was responsible for his death.

Later, his family members had lodged a complaint with the Brahmavar police.

A statement issued by Konkan Railway Corporation here said the track-fit certificate for the affected stretch between Kamthe and Chiplun stations in Ratnagiri region of Maharashtra was given at 0345 hrs. Normal traffic was restored thereafter, it said.

Normal services were affected on the Mumbai line since Friday morning as River Vashishti was flowing above the danger mark on the railway bridge between Kamthe and Chiplun following heavy rains. Later, entire Chiplun town was submerged in flood waters on Saturday. After the floods receded, KRCL authorities restored stretches of the affected track to facilitate restoration of services.

Several trains between Mangaluru-Mumbai and Kerala-Mumbai and further North, were either cancelled or diverted on alternative routes since Friday following the disruption of traffic.