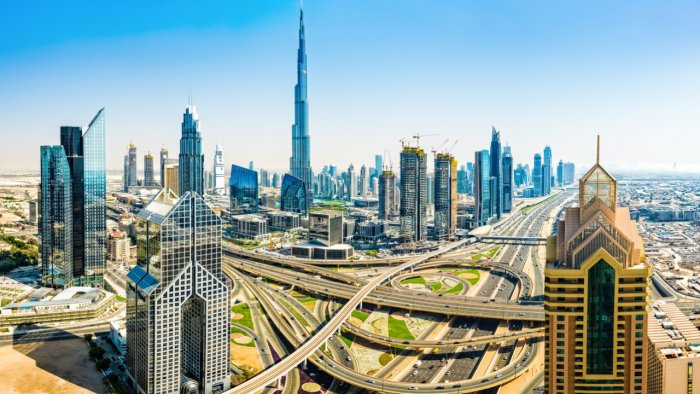 After nearly three decades in London, Christophe Reech was fed up with the city's pandemic lockdowns. This spring, he sold his luxury townhouse and jetted off to the desert sheikhdom of Dubai to start a new life with his family.

There was no turning back, he said. The French business magnate's super wealthy foreign friends were doing the same, driving an unprecedented surge in sales of Dubai's most-exclusive properties.

“Here in Dubai, there's only one strategy: Business as usual,” said Reech, the chairman of an eponymous group that owns real estate and financial technology companies. The philosophy is simple: “Let's make sure everyone's vaccinated and keep everything open."

“Of course that attracts people like me," he said.

As vaccines roll out unevenly worldwide and waves of infections force countries to extend restrictions, foreign buyers flush with cash have flooded Dubai's high-end property market, one of the few places in the world where they can dine, shop and do business in person.

They're snapping up record numbers of luxury villas and penthouses, sending prices rocketing in this boom-and-bust market.

Sales of Dubai's upscale properties, once slow, soared 230 per cent in the first quarter of 2021, compared to the same period last year.

Prices in some top-end areas rose as much as 40 per cent, according to Property Finder, the country's largest real-estate website.

A record-breaking 90 properties worth 10 million dirhams each (USD 2.7 million) changed hands last month, on top of 84 in March, surpassing heights hit eight years ago, according to real estate consultancy Property Monitor. For comparison, there were 54 such transactions in all of 2020.

"Tons of people are coming in and buying multimillion dollar properties on the spot, with no due diligence time whatsoever,” said Matthew Cooke, a partner at consultancy Knight Frank, who manages penthouse sales on Dubai's Palm Jumeirah artificial archipelago.

As with previous cycles, cash buyers started snatching up homes at bargain prices and flipping them for profits. Analysts say that will continue until prices rise too high and returns diminish.

How long the craze lasts and what awaits the skyscraper-studded city then remains unclear. Home prices are still falling in the middle tiers of the city's saturated property market, which has seen values drop sharply since peaks reached seven years ago due to overbuilding.

Average residence sale prices in the Burj Khalifa, the world's tallest building, collapsed to USD 400 per square foot this month from USD 1,300 in 2013.

“The market is going through a boom time ... but people are very aware that Dubai can run too quickly and it all falls apart," said Jackie Johns, partner at Premier Estates, an affiliate of Christie's International Real Estate, referring to the debt-driven crisis that brought the city to its knees in 2008.

The hot streak in the luxury market isn't unique to Dubai, as ultra-low interest rates and families' desire for more space has seen the wealthy in cities like New York and Paris decamp to suburban mansions. But there are other factors at play in the glitzy emirate, home to the long-haul carrier Emirates and tallest tower on Earth.

Since first reopening to tourists last summer, Dubai has pitched itself as the world's pandemic-friendly vacation spot.

With no mandatory dayslong quarantines, foreign visitors now party in Dubai's bustling bars and on its beaches, their selfies at hotel-resorts and helicopter pads stirring resentment back home.

The tourist influx helped drive the country's dramatic surge in coronavirus cases in January, prompting the UK to suspend flights.

But the United Arab Emirates, with its young population and low mortality rates, has fared relatively well during the pandemic.

The country of over 9 million, which relied heavily on the Chinese state-backed Sinopharm vaccine for its inoculation campaign, has administered 10.6 million vaccine doses.

A global financial center known as an oasis in the volatile Middle East, Dubai long has benefitted from capital flight. Homeowners on the Palm Jumeirah — which saw 43 per cent of all April transactions — include Afghan warlords and the political elite from countries like Nigeria, Syria and Lebanon, all searching for a safe place to park their savings.

The fewest elders, the lowest dead toll. As simple as that.

Bengaluru, Sept 17: The Karnataka assembly on Friday passed the 'Identification of Prisoners (Karnataka Amendment) Bill,' which seeks to include collection of blood, DNA, voice and iris scan samples as "measurements" of offenders for effective surveillance and prevention of breach of peace and crime.

The bill, which amends the Central act of Identification of Prisoners with respect to its application to Karnataka, also empowers Superintendent of Police or Deputy Commissioners of Police, in addition to the judicial magistrate first class, to order for collection of measurement to avoid delay and workload.

Piloting the bill for the consideration of the House, Home Minister Araga Jnanendra said "till now foo-print impressions were collected. Now we have added blood, DNA, voice, and iris scan samples to it. Earlier the measurements were collected for those with rigorous imprisonment for a term of one year, now it has been changed to a term of one month."

He said the bill empowers SPs and DCPs to order destruction of measurement after a period of 10 years, unless otherwise directed by the court or any other competent authority.

Participating during the discussion on the Bill, Congress MLA Tanveer Sait sought to know whether collecting measurement was necessary when such details are available in an individual's Aadhar data. Another Congress MLA Priyank Kharge said the government intends to create a database of biometrics and forensic tools needed for investigation and also sought to know whether the necessary infrastructure was in place.

"Also, has the government thought about the right to privacy?"

Responding to the queries, the Minister said, measurements were collected for those with Rigorous Imprisonment for a term of one month and above and it will be stored in the criminal tracking system in Bengaluru, so there will be concerns of any breach.

He said it would also be helpful in identifying habitual offenders.

Also passed was a bill providing for the constitution of the Karnataka Prison Development Board for strengthening prisons and initiating correctional administrative measures. Titled 'Karnataka Prison Development Board Bill', it also provides for initiating measures for skill improvement, welfare of prisoners and prisons' staff and expanding prison industries.

The bill, in its statement of objects and reasons, said "it is considered necessary to provide for the constitution of the prison development board for development of modern prison industries and formulate a plan for job oriented technical programmes in different areas, to earn incentives."

The board can suggest ways and means for improving coordination between different stakeholders, examine the present setup of prison industries and formulate a plan for modernisation and to start job oriented programmes including technical oriented ones, keeping in view the needs of prisoners after release, it said.

Participating during the discussion on the bill, several legislators, including Congress' U T Khader said reforms are needed, but prisons should also be a place of deterrent for prisoners, while highlighting several illegal activities taking place in them.

Pointing out that the Minister for Prisons and other members of the board were all officials, some MLAs wanted non-official members like representatives of social organisations or journalists to be made members to have effective reforms, while others questioned powers of acquisition, maintenance and disposal of land and building given to the board.

The Minister, in his reply said the board has been constituted for all-round reforms of prisons and representatives from various departments will be its members and added that experts can be invited for its meetings to take inputs.

"States like Haryana are generating revenue of about Rs 600 crore from Prisons. Manpower at prisons should not go to waste," he said.

He also made it clear that there should be no doubts about disposing of immovable properties, as it cannot be done without clearance from the government, and there is a clause for it.

"The committee will rather look into effective utilisation of prison lands that have been lying unused."

Another bill passed today is 'The Code of Criminal Procedure (Karnataka Amendment) Bill' that provides for recording of the evidence of the witness by audio-video-electronic means in the presence of the advocate of the person accused of the offence.

In the wake of abduction of an Indian citizen by unknown miscreants in the capital city of Afghanistan, Prime Minister Narendra Modi’s government in New Delhi has been in touch with the new Taliban government in Kabul.

“We are in touch with all concerned. We have seen reports about local authorities undertaking investigations into this matter. We will continue to monitor the situation," Arindam Bagchi, a spokesperson of the Ministry of External Affairs (MEA), told journalists in New Delhi.

Bansri Lal Arendeh was purportedly kidnapped at gunpoint in Kabul on Tuesday.

Bagchi said that he was “given to understand” that Arendeh was a citizen of India but the government was in the process of checking his citizenship status. Arendeh’s family lives at Faridabad in Haryana. He has been engaged in business in Kabul for the last two decades.

The Taliban has announced a government in Kabul after taking over Afghanistan through a military offensive across the country – taking advantage of the withdrawal of troops by the United States and its NATO allies. New Delhi’s envoy to Doha, Deepak Mittal, had a meeting with Sher Mohammad Abbas Stanekzai, the head of the Taliban’s political office in the capital of Qatar, on August 31. It was New Delhi’s first publicly-acknowledged contact with the Taliban in 22 years.

New Delhi did not make it clear if it would recognize the new Taliban Government in Kabul, but the kidnapping of Arendeh apparently prompted it to acknowledge that it was in touch with the authorities in the capital of Afghanistan.

New Delhi had evacuated its envoy to Kabul, Rudrendra Tandon, and 175 other officials posted in the Embassy of India in Kabul on August 17.