New Delhi, May 29: Union Home Minister Amit Shah on Friday met Prime Minister Narendra Modi and informed him about the views of all chief ministers on the extension of the ongoing nationwide lockdown beyond May 31, officials said.

During the meeting, Shah briefed Modi about the suggestions and the feedback he received from the chief ministers during his telephonic conversations on Thursday, a government official said.

The nationwide curbs were first announced by Prime Minister Narendra Modi on March 24 for 21 days in a bid to contain the spread of novel coronavirus. It was first extended till May 3 and then again till May 17. The lockdown was further extended till May 31.

The home minister's telephonic conversations with the chief ministers came just three days before the end of the fourth phase of the lockdown.

During his talks with the chief ministers, Shah sought to know the areas of concern of the states and the sectors they want to open up further from June 1, the official said.

Interestingly, till now, it was Modi who had interacted with all chief ministers through video conference before the extension of each phase of the coronavirus-induced lockdown and sought their views.

This was for the first time that the home minister spoke to the chief ministers individually before the end of another phase of the lockdown.

Shah was present in all the conferences of chief ministers along with the prime minister. It is understood that the majority of the chief ministers wanted the lockdown to continue in some form but also favoured opening up of the economic activities and gradual return of the normal life, another official said.

The central government is expected to announce its decision on the lockdown within the next two days.

The number of COVID-19 cases in India has climbed to 1,65,799 on Friday, making it the world's ninth worst-hit country by the coronavirus pandemic.

The Health Ministry said the death toll due to COVID-19 rose to 4,706 in the country. While extending the fourth phase of the lockdown till May 31, the central government had announced the continuation of the prohibition on the opening of schools, colleges and malls but allowed the opening of shops and markets.

It said hotels, restaurants, cinema halls, malls, swimming pools, gyms will remain shut even as all social, political, religious functions, and places of worship will remain closed till May 31.

The government, however, allowed limited operations of the train and domestic flights. The Indian Railways is also running special trains since May 1 for transportation of migrant workers from different parts of the country to their native states. 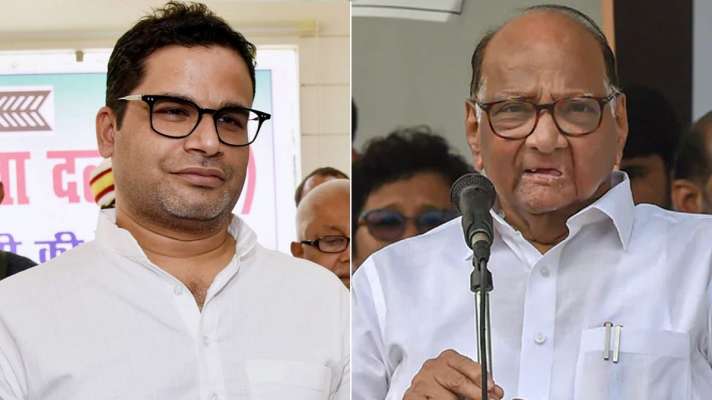 The meeting got over by around 2 pm, but neither Kishor nor Pawar spoke to the media persons gathered outside 'Silver Oak' (NCP chief's residence).

After the assembly poll results, the election strategist had said that he was "quitting this space". Maharashtra Deputy Chief Minister Ajit Pawar downplayed the meeting, saying that Kishor has already said he will not be a political strategist anymore.

Shiv Sena leader Sanjay Raut said many leaders are in touch with Kishor, while NCP's Chhagan Bhujbal said he was no aware of the agenda of the meeting.

Stating that Kishor was a successful political strategist, Bhujbal said he was sure that Pawar will take into account Kishor's suggestions.

Kishor had met Uddhav Thackeray in 2019 before the latter became chief minister.

Bengaluru, June 20: Fuel prices were hiked across the country on Sunday and hit record highs with petrol costing Rs 105.43 a litre and diesel costing Rs 96.65 a litre in Bhopal, one of the highest.

In the financial capital of Mumbai, petrol is now priced at a record Rs 103.36 and diesel at 95.44 a litre, according to Indian Oil Corporation. In Delhi, petrol stood at Rs 97.22 per litre and diesel Rs 87.97 per litre.

In Rajasthan's Ganganagar, where fuel is the costliest, one has to pay Rs 108.37 for a litre of petrol and Rs 101.12 per litre of diesel.

In Bengaluru, which witnessed the petrol price hitting the three-digit mark this week, a litre of petrol now costs Rs 100.47 while a litre of diesel is Rs 93.26. Prices in various cities of Karnataka, including Mysuru and Hubballi, breached Rs 100-mark to touch record highs.

Petrol rates were up by at least 28 paise while diesel increased by 30 paise. Petrol and disel rates vary from state to state based on state taxes and levies.

Petrol and diesel prices have witnessed a hike nearly once every two days for over a month now.

What’s ‘Green Fungus’? Everything we know so far

New Delhi: Amidst the cases of black fungus, also known as mucormycosis, being reported in India, now the first ever green fungus case has been detected in the country.

For the uninitiated, Green fungus, also known as Aspergillosis, include nose bleeding and high fever. Besides, it is also suspected that green fungus causes severe weight loss and weakness. According to Dr Ravis Dosi, as reported by PTI, all the above symptoms were found in the patient who was airlifted from Indore to Mumbai.

According to Dr Dosi, more research is needed on whether the nature of green fungus infection in people who have recovered from COVID-19 is different from other patients.

According to the reports, a 34-year-old Covid-19 survivor was diagnosed with green fungus infection in Madhya Pradesh’s Indore and shifted to Mumbai by air ambulance for treatment, PTI quoted a senior doctor on Tuesday.

Dr Ravi Dosi, head of the Department of Chest Diseases, Sri Aurobindo Institute of Medical Sciences (SAIMS) said that the man, who had recovered from Covid-19, underwent a test on the suspicion that he had contracted the dreaded black fungus infection (mucormycosis).

But he was instead found to have green fungus (Aspergillosis) infection in his sinuses, lungs and blood.
More research is needed on whether the nature of green fungus infection in people who have recovered from Covid-19 is different from other patients, Dr Dosi said.

The man was admitted to a local hospital two months ago with almost 100 percent coronavirus infection in the lungs and was treated in the ICU for about a month.

“The patient recovered. But then he started having nose bleeds and high fever. He had also become very weak due to weight loss,” the doctor said.