He had on Tuesday isolated himself after some officials in his contact tested positive for coronavirus.

"After initial symptoms, I got myself tested. My report is positive. I am in self-isolation and following doctors advice. I am doing all the works virtually," Adityanath tweeted from his official Twitter handle.

Earlier, he had said, "The officers of my office tested positive for coronavirus. They were in touch with me, therefore, as a precaution, I am isolating myself and starting all my work digitally."

Some officials, including his Officer on Special Duty (OSD) Abhishek Kaushik, tested positive for Covid-19.

The chief minister, however, had not identified the officials who were tested for the infection.

Thiruvananthapuram, Apr 29: Exit poll results from Kerala on Thursday appeared to give the edge to the ruling Left Democratic Front (LDF) coalition while the Congress-led United Democratic Front (UDF) seemed to come in second. The BJP was seen winning a couple of seats as well.

An aggregate of five exit polls showed the LDF front is likely to win 85 of 140 seats - ahead of the half-way mark - and the Congress-led UDF at 53 seats, the polls say. The BJP is set to make its presence felt with two seats.

Exit polls often get the results wrong. Votes for the elections are set to be counted on Sunday, alongside other state and territory elections in West Bengal, Assam, Tamil Nadu and Puducherry.

In a state with a four-decades-old tradition of alternating between the two main coalitions every five years, the exit polls seem to show these elections bucking the trend.

After weeks of a stormy campaign with marathon rallies and mammoth roadshows, the state admired for its high governance and progress metrics, voted for a new administration on April 6 and picked from more than 900 candidates including high-profile leaders for its 140 assembly constituencies.

The two traditional coalitions - the Communist Party of India-Marxist (CPI-M)-led LDF and the UDF sought another term in these polls while the BJP, long an outlier in the southern state, made attempts to wedge its way in.

As much as they are a test for one of the last remaining communist strongholds in the country, it is also a litmus test for Congress leader Rahul Gandhi, an MP from the state who spent several days and took part in dozens of corner meetings and rallies across Kerala to campaign for the UDF.

In election manifestos influenced by the pandemic, all three fronts came out with populist promises including pension for housewives, raising of welfare pensions, free gas cylinders for the poor, free laptops for economically disadvantaged students.

In a state with a large Christian and Muslim population, the BJP pulled out all stops to draw Hindu votes, even promising a law to tackle "Love Jihad" - the rights wing conspiracy theory that Muslim men seduce Hindu women to make them convert.

Both UDF and the BJP also tried their best to highlight the contentious subject of women's entry to the Sabarimala temple and the controversial gold and dollar smuggling cases, in which the Chief Minister's office, Speaker P Sreeramakrishnan and some other ministers were facing allegations.

The ruling LDF, meanwhile, strived to focus on the government's achievements in the development and welfare fronts in the last five years and its internationally acclaimed measures in tackling COVID-19 and flood management.

They also accused the Congress of adopting a soft stand towards the Hindutva agenda to pick a hole in their vote-bank. These allegations have been denied by the Chief Minister, as the centre and state governments have hit out each other over central probe agencies.

Abu Dhabi, Apr 24: The General Authority of Civil Aviation and the National Emergency, Crisis and Disaster Management Authority (NCEMA) announced an update on previously announced regulations with the clarification that entry from India will be suspended for all incoming flights on national and foreign carriers, as well as those carrying transit passengers, with the exception of transit flights coming to the UAE and heading onward to India.

This decision includes the entry of travellers who were in India in the last 14 days prior to coming to the UAE.

Effective 24 April 2021 and for the next 10 days, Emirates flights from India to the UAE are suspended.

Flights between the two countries will continue to operate allowing the transportation of passengers from the UAE to India. It will also allow the transfer of exempted groups from India to the UAE with the application of the aforementioned precautionary measures.

These groups include UAE citizens, diplomatic missions appointed by the two countries, official delegations, those on businessmen-chartered flights, and those holding golden residency, provided that they undertake preventive measures that include quarantine for 10 days and a PCR test at the airport, as well as on the fourth and eighth days following entry into the country.

Moreover, the required PCR test period has been reduced from 72 hours to 48 hours prior to travel from accredited laboratories that issue test results carrying a QR code.

The authority also confirmed that it is required for those coming from India through other countries to stay in those countries for at least 14 days before being allowed to enter the country, starting from 23:59 on Saturday April 24, 2021. These regulations will apply for a period of 10 days, which can be extended, while cargo flights continue to operate between the two countries.

The authority called upon all travelers affected by the decision to follow up with the relevant airlines to change or reschedule their flights and to ensure their safe return to their final destinations without delay. 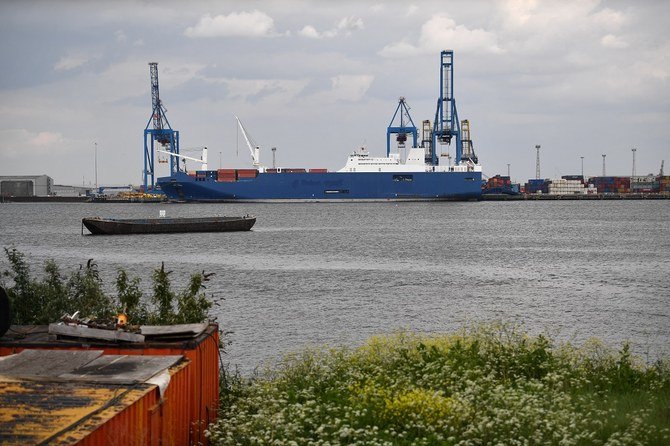 Dubai, Apr 27: Saudi forces intercepted and destroyed a remote-controlled booby-trapped boat in the Red Sea near the port of Yanbu, Al Arabiya reported on Tuesday.

Saudi naval units spotted the booby-trapped boat this morning and destroyed it, the report said.

Security firm Dryad Global had earlier said it received “unconfirmed reports” that a vessel, possibly the oil tanker NCC Dammam owned by a unit of Saudi firm Bahri, had been attacked off Yanbu.

Vessels have previously come under attack in Red Sea waters.

In December, Saudi Arabia said a tanker anchored at the Jeddah port was hit by an explosive-laden boat. This followed a separate incident at another Saudi terminal on the Red Sea where a tanker was damaged by an explosion.

A Saudi Arabian-led military coalition engaged in Yemen has in the past foiled attempted assaults using explosive-laden boats it says are launched by Yemen's Iran-aligned Houthi movement.

The Saudi defense ministry said it was investigating who was behind Tuesday’s “hostile attempt.”

Saudi Arabia said it will take strict measures against any hostile attempts to target national capabilities.