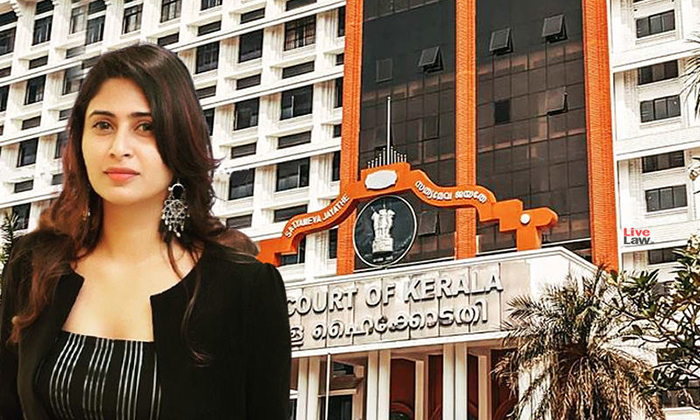 Thiruvananthapuram, June 25: The Kerala High Court has on Friday granted Anticipatory Bail to Aisha Sultana in the bizarre Sedition Case.

Justice Ashok Menon passed the order on bail application filed by the Lakshadweep filmmaker Aisha Sultana seeking anticipatory bail after an FIR was registered against her under Section 124A and 153B of IPC.

The filmmaker was booked for her remarks on a media channel that the Centre had deployed Covid 19 as a 'bio weapon' against the people of Lakshadweep. Accordingly, she was asked to appear before the Kavaratti Police Station on 20th June 2021, which prompted the bail application.

The Single Bench had on 17th June granted her an interim anticipatory bail for a week, while also granting her the right to invoke Section 41D CrPC, implying that if an arrest is recorded after her interrogation, she is entitled to demand the presence of her counsel.

She was also directed to comply with the notice and appear for the interrogation before the concerned authorities by the said interim order. As a result, it is reported that she appeared before the Kavaratti Police Station on the said date.

Tokyo Olympics: India to compete for bronze in men's hockey after losing 2-5 to Belgium in semifinal 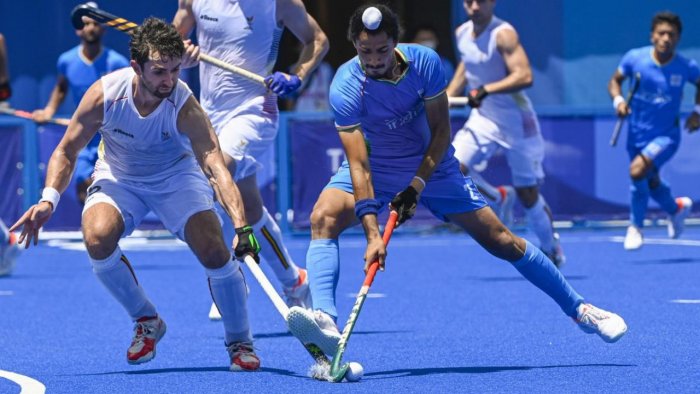 India men's hockey team lost their semifinal match against the 2018 world champions Belgium on Tuesday at the Tokyo Olympics, thus missing out on a chance to make their first Olympic final in over four decades. The last time India had played the men's hockey final at the Olympics was back in 1980 when the team had won the gold medal.

This was India's first meeting against Belgium since their 2-3 defeat in the FIH Pro League match in February 2019. But India's campaign is still not over as they would compete in the Bronze medal match on Thursday where they will face the loser of the second semifinal between Australia and Germany.

India got off to a nervy start, conceding an early penalty corner in the semifinal. Felix Denayer sent a ball inside the scoring circle, and the ball was deflected off by Rupinder Pal Singh. Despite Alexander Hendrickx not being on the turf at that point, Luick Luypaert made the most of the opportunity and scored an early goal for Belgium in the second minute of the first quarter.

It took India nine minutes to get things back to level-pegging as Harmanpreet Singh smashed a powerful dragflick past Belgium goalkeeper Vincent Vanasch after the World Champions conceded a penalty corner. Two minutes later, Amit Rohidas passed a ball to Mandeep Singh inside the circle, and the Indian forward turned a tomahawk shot into the nets to give India the lead.

But Belgium came back strong in the 2nd quarter, getting as many as four penalty corners within a matter of minutes. Hendrickx scored his 12th goal of the Olympics from a penalty corner, getting things again back to level terms as both teams went into the halftime with two goals apiece.

The third quarter was a cagey affair with neither of the two teams getting too many opportunities but India's inability to prevent penalty corners cost them in the final 15 minutes. Alexander Hendrickx scored two more goals, the fourth one coming from a penalty stroke.

With India putting an extra attacker on the field, and PR Sreejesh not on the turf, Belgium veteran John-John Dohmen scored the fifth goal in the dying minutes. But by that point, it was a mere formality.

It has been a good journey for India men's hockey team in Tokyo Olympics so far, defeating New Zealand 3-2 in their opening group game, and then picking up wins over Germany (2-0), Spain (3-1), Argentina (3-1), and Japan (5-3) in the group matches. Barring the 7-1 defeat against Australia, India had won all their games so far, but could not surpass the Belgium test.

New Delhi, July 30: The Central Board of Secondary Education (CBSE) on Friday announced results for class 12 board exams.

The board exams were cancelled this year in view of the aggressive second wave of Covid-19, and the result will be announced on basis of an alternate assessment policy by the board.

Here's how you can check the result online

Step 2: On the homepage of the website, click on the link related to the CBSE Class 12 Result 2021. You will be directed to a new window.

Step 3: Enter your roll number and other details.

Step 1: In a browser, search for cbseit.in/cbse/2021/rfinder/RollDetails.aspx.

Step 4: Your roll number will be displayed on the screen.

You can carefully note down your roll number and keep it safely. 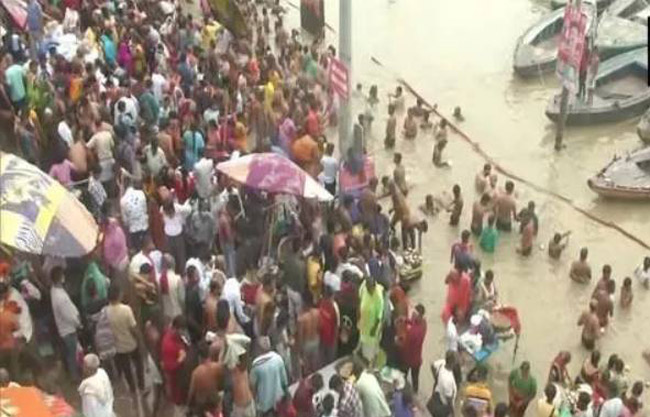 Varanasi, Aug 2: Large crowds of Hindus were seen in Varanasi as they took a dip in the Ganga river and offered prayers at Kashi Vishwanath Temple on Monday despite warnings from the authorities to adhere to Covid-19 guidelines.

On the second day of the month of Shravan, special rituals were done with devotees.
Shravan, the fifth month in the Hindu calendar, is considered to be the most auspicious month of the year.

It is a traditional practice to observe a special fast and visit Shiva temples on 'sawan ke somwar' (Mondays falling in the month of Shravan).

This year, owing to the Covid-19 pandemic, the annual Kanwar Yatra, which is usually undertaken in the month of Shravan, has also been cancelled.