New Delhi, Oct 3: The government of India on Monday clarified that there is no proposal under consideration to scrap the ministry of minority affairs.

The clarification came in response to a media report that claimed that the Centre is likely to scrap the ministry of minority affairs and merge it with the social justice and empowerment ministry.

No such proposal is under consideration, the PIB fact check clarified in a tweet, which was re-tweeted by Union minority affairs minister Smriti Irani.

Women and Child Development Minister Smriti Irani is presently holding additional charge of the Ministry of Minority Affairs after Mukhtar Abbas Naqvi resigned in July on expiry of his Rajya Sabha term. He was only the Muslim face in the Modi government. 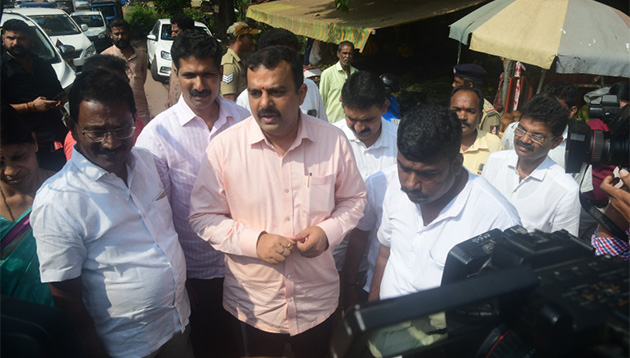 Mangaluru, Nov 25: BJP government will not allow the anti-social elements to thrive in the society at any cost, said district-in-charge minister V Sunil Kumar.

Speaking after visiting Nagori on Friday, where a blast occurred in a moving autorickshaw on November 19, the minister said the government would not take soft stand towards those organisations that aim at creating fear in the society.

Mr Kumar, who is also minister for Energy, Kannada and Culture, said the society should unitedly fight against such anti-social elements. “It is learnt through media reports that, as a continuation of the blast, there was conspiracy to target Kadri Temple, some offices and public places. It shows that the whole purpose of the act is to target the Hindu society. There is a larger conspiracy at the state and national level, which has been foiled,” he said.

On demand for setting up NIA office in Mangaluru, he said, “it will be a reality one or other day. The centre has responded to the demand. The guidelines and rules pertaining to it are being looked into by the government. Further, we have taken all steps that need to be taken to check such incidents in the future. Such a fearful situation should not be created not only in Karnataka but also in any other parts of the country. Prime Minister Narendra Modi has made it clear that he will not rest without ending terrorism. More than that, the entire society must unitedly fight against it. The society should be cautious against those who support such activities directly or indirectly,” said the Minister.

The minister said that elected representatives and the BJP will bear the medical expenses of the treatment of auto driver Purushotham K who suffered injuries in an auto blast at Nagori in Mangaluru on November 19.

Steps will be taken to provide compensation from the government to the family. The district administration will send a proposal to the state government, he said. 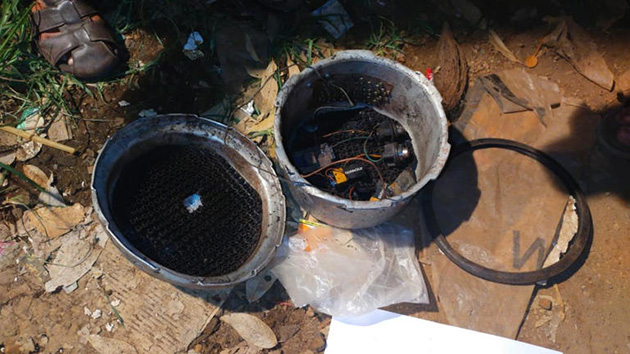 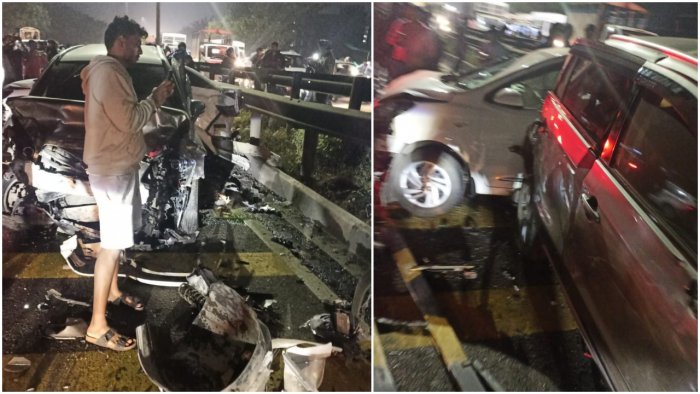 Bengaluru, Nov 21: At least 48 vehicles were damaged in a road accident resulting in a pile-up of vehicles on a bridge in Pune on the busy Pune-Bengaluru Highway on Sunday.

The accident was reportedly caused by a speeding tanker ramming into multiple vehicles on the highway. Local media reports said that the brakes of the tanker had failed, which made it collide with other vehicles. Oil spilled on the road after the accident, making it slippery and leading to more collisions.

Dozens of injured persons have been shifted to local hospitals. According to the information reaching here, the accident took place on the Navale Bridge.

“There has been an unfortunate accident in Pune. The necessary help is being rendered” Baramati MP Supriya Sule said. “The injured would receive the necessary treatment,” she said.

“There has been an unfortunate accident on Navale Bridge on Pune-Bengaluru Highway. Rescue teams from Fire Brigade and PMRDA are on spot and tending to those injured. I request citizens to not share unverified forwards and also refrain from visiting the spot and interfering with trained professionals,” Shivajinagar MLA Siddharth Shirole said.

The incident has led to a massive traffic jam on the Mumbai-Satara route which connects to Karnataka.

Locals have rushed to the spot and are speaking to occupants of each and every vehicle about their well-being.

While there is no official word about the cause of the incident, reports said that the brakes of a truck/container failed resulting in the pile-up which included SUVs, cars and autos.

Photos and videos of the incident that is going viral reveal that some vehicles were damaged badly.

A huge crowd has assembled on the highway.

The Sinhgad police are looking into the issue. “An uncontrolled truck was responsible for the incident,” a police official said.