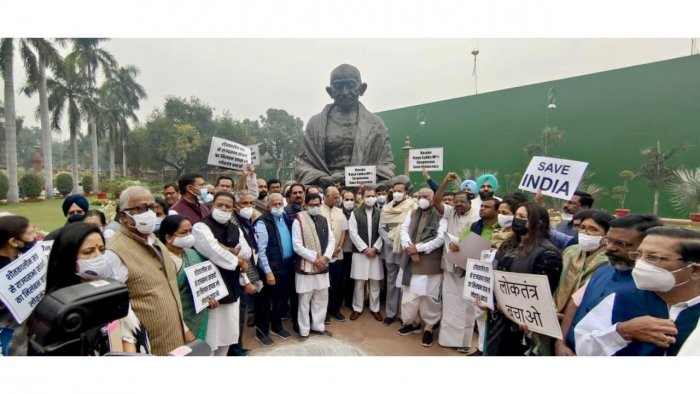 Omicron milder; home isolation is sufficient for those without comorbidities: AIIMS chief

New Delhi, Jan 2: With Covid-19 cases starting to mount in the country, the chief of the All India Institute of Medical Sciences (AIIMS), New Delhi, said that there was no need for people without comorbidities to panic and urged them not to block hospital beds.

Dr Randeep Guleria, the AIIMS chief, said that the Omicron variant mainly affects the upper respiratory tract and airways, rather than the lungs even as 27,553 cases were reported on Sunday morning, according to a report by The Indian Express.

Guleria advised patients to isolate at home, citing low recovery time for the new variant. “Omicron is affecting the upper respiratory tract and more of the airways, rather than the lungs. That is why we see very fewer patients with a drop in oxygen saturation or the other severe symptoms we saw in Delta. What we are seeing here is more of fever, running nose, sore throat, and a lot of body ache and headache. If any of these symptoms persist, they should come forward and get themselves tested. Because then they can isolate themselves and prevent the infection from spreading to other people in the community,” he was quoted by the publication.

On Sunday, the Union Health Ministry announced the detection of 1,525 Omicron cases through genomic surveillance, of whom 560 have fully recovered.

Guleria said that hospital beds should be left free to those who are more vulnerable to severe disease. “There is no need to panic. It is important to understand that, unlike last time, this new variant doesn’t cause that much of a fall in oxygen saturation. Therefore, the focus in those who don’t have comorbidities should be home isolation. You should work on a home-isolation strategy, and not get into panic situations, blocking beds in hospitals, which is not required. Data also suggests that recovery happens much faster, therefore people will tend to improve faster,” he told the publication.

Guleria said that the country was “in a much better position at the beginning of the new year” due to high levels of immunity from past exposure, as well as the extensive vaccination coverage.

“It is time to be more vigilant. We are seeing a new variant in the form of Omicron, but we are in a much better position at the beginning of the new year compared to last year. That is because of multiple factors,” he said.

Guleria said that a large number of people have also got immunity because of natural infection, and serosurvey data suggests high immunity in the general population. “We are also better prepared in terms of facilities. Whether it is medical oxygen plants, ICU beds, ventilators. So in terms of preparation and our immune response, we are in a better position,” he told the publication.

Guleria also warned that indoor events can turn super-spreaders and cause a spike. “More importantly, because this is a very highly infectious variant, avoiding crowds, which can be a super spreading event, is also important. Especially, indoor events, where there is poor ventilation, can be one area where one can see a surge in cases,” he was quoted as saying.