New Delhi, May 5: As India's Covid-19 crisis continues to crush the healthcare system, a top scientific adviser of the government on Wednesday said that the country may see a third wave of the coronavirus pandemic if the virus continues to evolve further.

The government official warned that the Covid-19 vaccines will need to be "updated" to deal with the new strains that have sped up the contagion in the country, overwhelming hospitals and killing thousands of people.

"A phase three is inevitable, given the higher levels of circulating virus but it is not clear on what time scale this phase three will occur. We should prepare for new waves," K Vijay Raghavan, Principal Scientific Advisor to the Centre, said today.

On variants of the coronavirus, he said, "Variants are transmitted same as original strain. It doesn't have the properties of new kinds of transmission. It infects humans in a manner that makes it more transmissible as it gains entry, makes more copies, and goes on, same as the original."

Around 2.4% day-on-day growth in coronavirus cases has been noticed as the country's caseload hit 2.06 crore with over 3.82 lakh new infections reported in a day.

Meanwhile, in a weekly report, the WHO said India accounted for 46% of global cases and a quarter of global deaths reported in the past week. 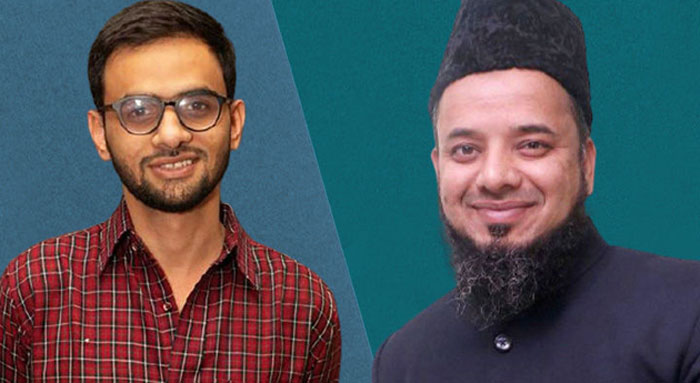 New Delhi, June 6: A court here turned down a plea of Delhi Police to produce former JNU student Umar Khalid and activist Khalid Saifi in handcuffs before trial courts, noting that “they are not gangsters”.

The plea application which came up for hearing before Additional Sessions Judge Vinod Yadav sought to produce the 2020 Delhi riots accused in “handcuffs in both hands from back side”, contending that they are “high-risk prisoners”.

The judge dismissed the plea observing that it is devoid of merits and filed in a mechanical manner and without application of mind by the high echelons of the Delhi Police and prison authority.

“The accused persons, who are sought to be produced in fetters and handcuffs, are admittedly not previous convicts. They are not even gangsters,” the Additional Sessions Judge stated in an order dated June 5.

He further said that the plea is not required at this stage as the accused are not being produced in the court physically due to the Covid-19 pandemic.

The judge also noted the replies submitted by the Superintendent of Mandoli and Tihar jail, Additional DCP (Special Cell) and DCP of third battalion of Delhi Police, on the plea.

The DCP told the court that in the aftermath of an attempt made by armed assailants to free an undertrial prisoner at GTB Hospital, the police had decided to request the court for permission to handcuff high-risk prisoners who are prone to escape.

“As part of the exercise, the current application for handcuffing UTPs Umar Khalid and Khalid Saifi was moved for the consideration of Hon'ble Court,” the senior police officer stated in a reply submitted to the court on April 26.

However, in the reply given by the Additional DCP of Special Cell, it was stated that no such application seeking to produce both the accused in handcuffs, was filed before any court or other authority.

Scenario: Now after the court rejection to handcuff these 2 students to produce in the court, police may create a scene by forcing these two students to run away while moving to court, so that they can say to court that we asked court to allow to handcuff but court refused.

Free vaccine, ration...: Here are the key takeaways from PM Modi’s address to the nation

New Delhi, June 7: Prime Minister Narendra Modi on Monday announced that the central government will provide free coronavirus vaccine to states for inoculation of all above the age of 18 from June 21, and asserted that vaccine supply would be increased significantly in the country in the coming days.

The Centre has decided to buy 75 per cent of jabs from vaccine makers, including 25 per cent of the state quota, and give it for free to state governments, the prime minister said in an address to the nation.

Modi said private sector hospitals can continue to procure 25 per cent of vaccines, but their service charge would be capped at Rs 150 per dose over fixed price of the vaccine.

As several states take cautious steps towards unlocking and easing of restrictions with a decline in Covid-19 cases, the prime minister said vaccination is like a protection shield against the virus and asserted that vaccine supply would be increased significantly in India in coming days.

Modi said seven companies are producing various vaccines against the coronavirus in the country and trial of three more vaccines is at an advanced stage.

The process of procuring vaccines from companies of other countries has also been expedited, the prime minister said.

Amid concerns expressed by experts recently over children being affected by the virus, Modi said that in this direction trials of two vaccines are being carried out.

Modi said research is continuing on a nasal spray vaccine which, if successful, can significantly boost India's vaccination drive, he said.

Asserting that vaccines are like a protection shield against the virus, he also asserted that with the efforts made in the country recently, vaccine supply would be increased significantly in India in coming days.

India proved its mettle by making two made-in-India Covid-19 vaccines in a short time and over 23 crore doses have already been administered, the prime minister said.

Modi asserted that efforts are being made on a war-footing to fight the Covid-19 pandemic at various levels and production of essential medicines was ramped up.

India is fighting against the Covid-19 pandemic on multiple fronts and new health infrastructure has been created across country, he asserted.

India has gone through a lot of pain during this battle and many lost their loved ones, he noted and extended his condolences to the bereaved families.

Modi has addressed the nation a number of times since the outbreak of the Covid-19 pandemic last year, offering suggestions to people and outlining measures his government has been taking to deal with the situation.

1. New health infrastructure has been developed in the past one and a half years with Covid-19 hospitals, ventilators beds, to preparing a network of testing labs, PM Modi said.

2. PM Modi noted that during the second wave in April-May, demand for medical oxygen increased at an unprecedented rate. "India never faced such a huge demand of oxygen ever before, and for this, the country did everything possible to meet the demand," the PM said.

3. He stated that vaccination is the only shield but there are only a few vaccine companies in the world. "The Covid-19 vaccine is a lifesaver," he said.

4. He lauded the efforts of scientists across the nation for preparing a vaccine against Covid-19 in such a short span. "There were fears that how would India save such a big population from the pandemic. But we managed to launch two made-in-India vaccines in no time. Our scientists proved it that we are not behind any other country," Modi said.
5. "India is fighting against the Covid-19 pandemic on multiple fronts," the prime minister said.

6. He also said that there is a very low number of vaccine manufacturers in the world compared to its demand. "Imagine what would have happened in India if we didn't have vaccines. If you look at the history of the last 50-60 years, you will know that it used to take decades for India to get vaccines from abroad," PM Modi said.

7. The prime minister said that work on three more Covid-19 vaccines are in the advanced trial stage and research on a nasal vaccine is also being done.

8. PM Modi announced a centralised vaccination drive where all vaccines will be procured by the Government of India and it will be given to States for free.

11. The government has decided to extend Pradhan Mantri Garib Kalyan Anna Yojana till Diwali. About 80 crore beneficiaries will be provided free ration, under the scheme.

The country recorded 86,498 new infections as 2,123 individuals passed away due to the coronavirus in the past 24 hours.

India's recovery rate stood at 94.29 per cent while active cases were 13,03,702, falling by nearly 1 lakh from Monday. Since Monday, several states relaxed curbs and allowed a gradual unlocking of public services after a steady decline in cases even as some states extended lockdown-like restrictions.

Prime Minister Narendra Modi, in a key announcement, on Monday declared free coronavirus vaccines to states and union territories for inoculation of all above 18 from June 21.

In an address to the nation, Modi also announced that the Centre has decided to buy 75 per cent of jabs from vaccine makers, including 25 per cent of the state quota, and give it for free to state governments, while private sector hospitals can continue to procure the remaining 25 per cent but cannot charge more than Rs 150 per dose over the pre-fixed price.

As India's Covid-19 cases see a dip and vaccinations pick up pace albeit in a lopsided mannerm worries over the real situation in rural areas, where access to healthcare facilities and actual testing rates and severity of infections remains unknown, prevail.