New Delhi, May 8: While 1,70,841 Covid patients across the country are on ventilator, as many as 9,02,291 patients are on oxygen support, Union Health Minister Harsh Vardhan said on Saturday.

In his virtual address at the 25th meeting of the Group of Ministers (GoM) to discuss the pandemic situation, the minister said that 1.34 percent of Covid caseload was in ICU, 0.39 percent of cases were on ventilators and 3.70 percent Covid patients were on oxygen support.

Paul gave a detailed report on the work of the Empowered Group-1 and highlighted the various efforts made towards ramping up hospital infrastructure for effective clinical management of hospitalised patients.

Aramane stated that the production of Liquid Medical Oxygen (LMO) has been maximized to meet the present demand of Covid patients.

The domestic production has increased to more than 9400 MT/day, the health ministry quoted him, adding that he also enumerated steps to import LMO, the status of establishment of PSA oxygen plants through the support of PMCARES fund with the support of DRDO and CSIR, enhancement of tanker availability, the functioning of the web portal and mobile application for Real-Time Tracking of LMO Tankers.

Tens of millions plunge into poverty in Modi-led India 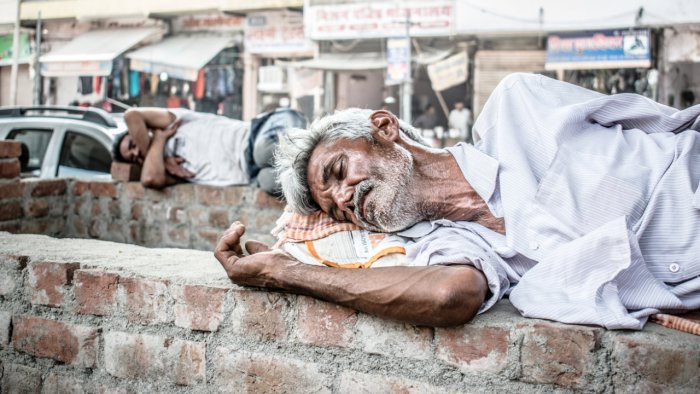 After dipping into his savings to weather India’s snap pandemic lockdown last March, Manoj Kumar was just getting his head above water again earning 600 rupees ($8) a day as a construction worker in the tourist hotspot of Goa. He’d squirreled away enough for a trip last month to his native village in Bihar some 1,490 miles away for a wedding. He’s still there, stuck in one of the nation’s least developed states, as a fierce second Covid-19 wave triggers the world’s worst health crisis and prevents his return.

On a lucky day, he’ll land some odd jobs that fetch him as much as 300 rupees. But there aren’t too many of those chores left. So he’s taking loans to feed and clothe his wife and three kids.

“It is all in God’s hands now,” said Kumar, who’s told his wife to curtail spending on items such as lentils, cooking oil and clothes. “I don’t know when I will return. My family is worried and doesn’t want me to go back as the cases are also rising in Goa.”

Kumar, 40, is one of the millions of migrant workers who form part of India’s vast unreported informal sector, which accounts for half of its $2.9 trillion, domestic demand-driven economy.

A protracted Covid-19 wave is shrinking incomes and wiping out savings of people like Kumar, posing the risk of a double whammy for Asia’s third-largest economy that’s still struggling to recover from last year’s pandemic-induced recession.

Many economists are cutting their forecasts for the current fiscal year as rising unemployment and dwindling savings dim the chances of a double-digit growth. Shaun Roache, chief economist for Asia Pacific at S&P Global Ratings, slashed his prediction to 9.8% from 11% earlier.

Fitch Solutions sees the economy expanding by 9.5%, a projection that’s below the Bloomberg consensus of around 11%. “A drawn-out Covid-19 outbreak will impede India’s economic recovery,” Singapore-based Roache said.

“The country already faces a permanent loss of output versus its pre-pandemic path, suggesting a long-term production deficit equivalent to about 10% of GDP.”

With the latest surge caused by a new coronavirus strain, total infections in India have risen to 21.5 million, a third of which were added just in the past three weeks alone.

Experts have warned the crisis has the potential to worsen in the coming weeks, with one model predicting as many as 1,018,879 deaths by the end of July, quadrupling from the current official count of 234,083.

As new travel restrictions are put in place in some of the nation’s biggest economic centers to contain the outbreak, India’s poor are likely to bear the brunt again, just as they did in 2020.

They have yet to recover from the lockdown ordered by Prime Minister Narendra Modi in late March last year. The harsh and sudden measure sparked an exodus of migrant workers from cities such as Mumbai and New Delhi, as they trekked hundreds of miles to reach home.

People like Kumar typically work without contracts and often for a pittance. The so-called informal economy in India employs approximately 411 million workers, according to calculations by Jeemol Unni, a professor of economics at Ahmedabad University, who relied on surveys by the government’s National Statistical Office to arrive at the number.

While the low-paying farm sector employs the bulk of them, construction comes second with about 56 million.

Unprotected by unions and politicians, these laborers often miss out on handouts from governments. After meeting daily expenses, they are left with little to pay for health care and medicines -- a risky situation especially when a pathogen is taking lives and sending thousands to intensive care at overcrowded hospitals running short of beds.

Economists warn depleting household savings and falling incomes will have an impact on domestic consumption, which accounts for almost 60% of GDP. A study by Nikhil Gupta, an economist at Mumbai-based brokerage Motilal Oswal Financial Services Ltd., found that India’s household savings dropped to 22.1% of GDP in the quarter through December, from 28.1% in the three months ended June last year. Full-year numbers show India’s savings growth lagged behind the likes of the US, the UK and Japan, he said.

“A slower rise in household savings, coupled with similar or slower decline in consumption, confirms weak income growth in India,” Gupta said. “If so, the contribution of pent-up demand in growth recovery would also be limited in India compared with other nations.”

Data showed April jobless rate increased to nearly 8% from 6.5% in March, with more than seven million exiting the workforce last month, according to data from Center for Monitoring Indian Economy Pvt., a private research firm.

As a result of all the turmoil that started last year, income inequality is deepening in India. A study by Pew Research Center has shown an estimated 75 million people slipped into poverty since the pandemic began. The second wave is set to crush some more. For the study, Pew considered daily incomes of 150 rupees or less as poor, 151 to 750 rupees as low income and 3,750 rupees and above as high income.

A study by the Azim Premji University in Bangalore showed even more alarming numbers. About 230 million individuals slid below the national daily minimum wage threshold of 375 rupees during the pandemic, it said.

Though India could still emerge as one of the fastest growing economies in the world, it will also be one of the most unequal countries, Oxfam, a non-profit organization said.

Duvvuri Subbarao, a former governor of India’s central bank, said the strife faced by the informal-economy workers could hurt India’s long-term growth prospects. “Inequalities have intensified because the formal sector has nearly normalized while the informal sector remains distressed,” he said.

Slower growth would be bad news for workers like A.K. Singh, who was a cook for a monthly salary of about 20,000 rupees in a restaurant in Mumbai. He fled recently to his home town of Gorakhpur in northern India to start a tire business, for which he’s waiting for a loan.

“I used some of my savings and money I received from my last salary,” he said. “But there’s a lockdown here too for the past week. My shop was hardly open for two days during the week. What will we earn out of that?

Keep this actor away from administration.

At least please remember not to allow him or any one like him to sit on the responsible seat.
There is another dangerous guy is so called Yogi.

Identify those guys to blacklist from cheating you again 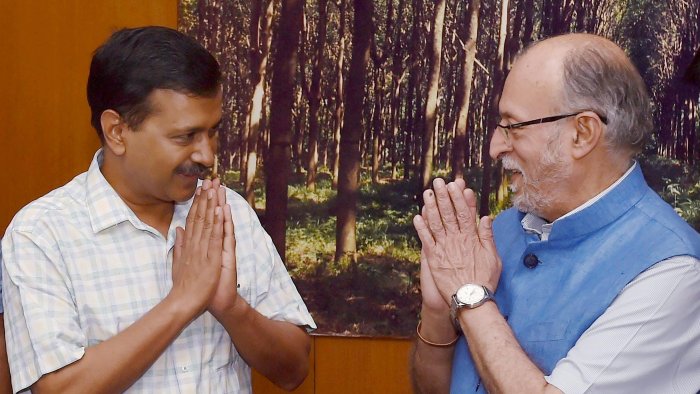 New Delhi, Apr 28: The Government of National Capital Territory of Delhi (Amendment) Act, 2021, which gives primacy to the Lieutenant Governor (L-G) over the elected government in the city, has come into force.

The provisions of the Act came into effect from April 27, according to a notification issued by the Ministry of Home Affairs (MHA).

According to the legislation, the "government" in Delhi means the "Lieutenant Governor" and the city government will now have to seek the opinion of the L-G before taking any executive action.

"In exercise of the powers conferred by sub-section (2) of section 1 of the Government of National Capital Territory of Delhi (Amendment) Act 2021 (15 of 2021), the Central Government hereby appoints the 27th April 2021 as the date on which the provisions of the said Act shall come into force," the notification signed by additional secretary in the MHA, Govind Mohan, said.

When the bill was passed by Parliament, Delhi Chief Minister Arvind Kejriwal had termed it a "sad day for Indian democracy".