Kochi, Aug 7: In a big relief for S Sreesanth, the Kerala High Court on Monday lifted the lifetime-ban imposed on the tainted pacer by the Board of Control for Cricket in India (BCCI) in connection with the spot fixing case. 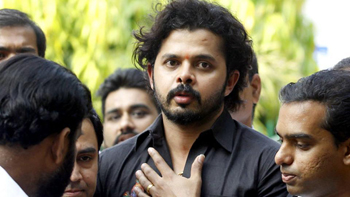 Sreesanth was one of those charged for spot-fixing during the sixth edition of the Indian Premier League ( IPL) in 2013. In September 2013, the disciplinary committee of the BCCI gave him a life ban from the sport, effectively ending his career.

However, a Delhi Sessions court in 2015 had exonerated him in the spot-fixing case registered by the Delhi Police which invoked the Maharashtra Control of organized crimes Act (MCOCA).

The BCCI had earlier in April this year rejected Sreesanth's plea for a review of his life ban, saying it will not compromise on its zero tolerance policy towards corruption.

The country's cricket board had also informed the Kerala High Court that a criminal court exonerating Sreesanth of spot-fixing charges was not enough to lift the lifetime ban on him.

After Sreesanth approached the Kerala High Court in March this year with a petition seeking the lifting of his ban, the court asked him to file a review plea before the BCCI.

The BCCI, though, remained adamant and had earlier refused to grant Sreesanth a 'no objection certificate' for playing in Scotland which led him to launch a scathing attack on the board.

Truck with 2.4 lakh doses of covid vaccines abandoned on road for 12 hours

Narsinghpur, May 1: A truck carrying 2.40 lakh doses of Covaxin worth ₹8 crore was left parked for nearly 12 hours after its driver went missing under mysterious circumstances in Madhya Pradesh's Narsinghpur district, police said on Saturday.

The Tamil Nadu-registered vehicle, which was transporting the vaccine from Hyderabad to Karnal in Haryana, was left abandoned for nearly 12 hours in Kareli area, Narsinghpur superintendent of police Vipul Shrivastava said.

The matter came to light on Friday afternoon when the police were informed that a truck, with a mention of vaccine- manufacturer Bharat Biotech on it, was parked near Kareli bus stand, around 16 km from the district headquarters, the official said.

According to the police, the truck contained 2.40 lakh doses of Covaxin worth ₹8 crore.

"We contacted the transport company TCI of Gurgaon and informed them about the driverless truck. The company also got worried when they couldn't contact the driver after finding out the GPS system that the vehicle remained stationary at Kareli," Shrivastava said.

The company then arranged for another driver and the truck set off for Karnal at 8 pm, he said, adding that the driver Vikas Mishra is still missing.

"We tracked down his phone at a place 16 km from the spot. As the engine of the vehicle was on, its refrigerator with vaccine doses was functioning. So, I feel that vaccines were safe," he added.

When asked if incidents of truck loots had been reported on the route in the past, Shrivastava said road robberies are almost naught in the region.

Jets to Dubai in demand to escape covid horror in India 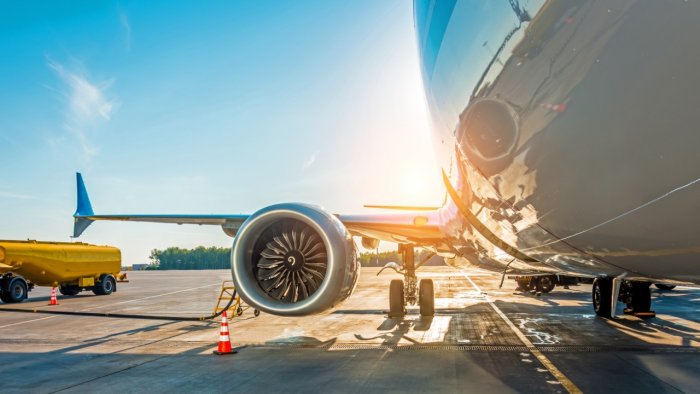 Dubai, Apr 29: Indians from the millions-strong expat community in the UAE, stranded in their homeland during a catastrophic coronavirus surge, are swamping private jet operators with requests to whisk them back to safety.

Fearing a prolonged flight ban between India and the Gulf state, they aim to use an exemption for private business planes that was in effect last year during the first wave of the global crisis.

An estimated 3.5 million Indians live and work in the United Arab Emirates.

The latest suspension in flights that came into force Sunday has shut down some 300 commercial flights that operated weekly on one of the world's busiest air corridors.

Apart from low-paid labourers on short-term contracts, the sudden move has stranded members of long-settled wealthy families who travelled to India for holidays, work or on medical emergencies.

Many are now in a panic as cases in India skyrocket, with 18 million infections and more than 201,000 people dead, and the daily fatality toll rising above 3,000 for the first time on Wednesday.

T. Patel, a businessman living in Dubai, is working frantically to bring back his brother's wife and three children, currently stuck in Bangalore.

"I am exploring the private jet option. It is a lot of money but if I have no other way of bringing them back, then I will go for it," he said.

After the UAE shut its airspace to curb the spread of coronavirus in March last year, some residents raised the funds for seats on shared chartered planes that were permitted to fly to Dubai.

Patel paid $10,500 to get his parents and niece to Dubai, nearly 20 times the cost of regular tickets.

"I waited for two months and finally hired a private jet for $42,000, the cost of which was shared by a few equally desperate residents," he said.

Dozens of charter flights zipped passengers from India to Dubai in the days before the new ban, after all commercial seats were snapped up, and charter companies say demand has since surged.

But as demand soars, operators have been scrambling to clarify rules around private planes landing in the UAE.

"Chartered flights need to get approval from the General Civil Aviation Authority and the foreign ministry to operate. But we do not know who is exempted to travel," said Tapish Khivensra, CEO of Enthral Aviation Private Jet Charter.

Long-term Dubai resident Purushothaman Nair said he was prepared to "spend a fortune" to return to the UAE.

"My wife and I came to India for just 10 days. We have to fly back to Dubai at any cost," he told AFP.

"There are many people who are willing to pay up. How can people with business interests and big responsibilities in the UAE afford to stay away for a longer period?" said Nair, who works in the government sector.

"The fear of contracting the virus is a bigger worry."

The less well-off are weighing the high cost against the risk of losing their livelihoods.

"If I cannot make it in a few weeks, my job is on the line. My employer is already putting pressure on me and asking me to travel to the UAE via other countries," Jameel Mohammed told AFP.

Mohammed had not seen his young son for two years when he was granted leave in March.

He was thrilled at the prospect of a reunion but is now stranded in the southern state of Kerala.

"I can't afford that kind of money. But if the choice is between losing my job and borrowing money, I will do the latter and fly back."

In its chargesheet filed before a special CBI court in Bengaluru, the central agency has also named the then MD of IMA Group Mansoor Khan, the company, Baig's company Daanish Publications and others.

The IMA scam pertains to over Rs 4,000 crore collected by IMA Group from over a lakh gullible investors in the name of providing attractive returns on investment following Islamic ways.

The Central Bureau of Investigation (CBI) has alleged that the money was diverted to Baig, a minister in the erstwhile Congress government led by Siddaramaiah, so that the IMA Group could continue its illegal activities, officials said.

The CBI had registered four cases in connection with the scam and earlier filed three chargesheets and three supplementary chargesheets against 33 accused, including Khan, company directors, several revenue and police officials.

"It was alleged that the said Group had raised unauthorised deposits & cheated the public by failing to repay the principal and as well as the promised returns. These funds were allegedly diverted for acquiring properties, paying bribe amounts, etc. Several properties, including moveable & immovable, were identified and attached under KPIDFE (Karnataka Protection of Interest of Depositors in Financial Establishments) Act, 2004 by the competent authority," Joshi said.