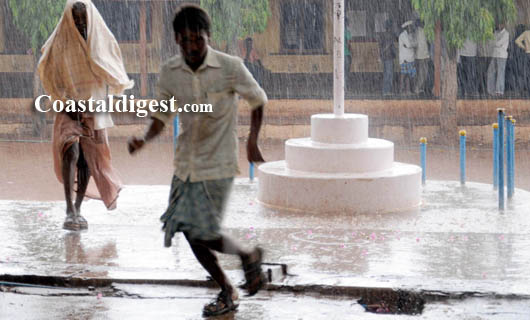 Three shepherds and a woman were struck dead by lightning in Gadag district on Thursday.

The deceased have been identified as Mallappa Siddappa Soratur, 20, Mallappa Kariyappa Nellannavar, 16, and Mahantesh Suresh Somannavar, 18. The trio died when lightning struck them when they were standing under a tree in a field on the Mulgund-Kanavi road. A total of 18 sheep that the trio were grazing also died.

The incident occurred when it started raining in the afternoon. Honnamma Ramappa Jaggala, 42, died when she was struck by lightning at Somashekarnagar in Gadag.

Heavy rains were reported from Bellary, Bagalkot, Bijapur, Belgaum, Haveri, Gadag and Dharwad districts on Thursday. Polling was affected for some time at Yaragatti in Savadatti taluk of the Belgaum Lok Sabha constituency, due to heavy rain accompanied by gusty winds. The situation was similar in several places of Bagalkot district.

The incident occurred when Jeeva and other boys were playing at a ground. Heavy rains brought respite from the sweltering heat in Belur and Halebid. 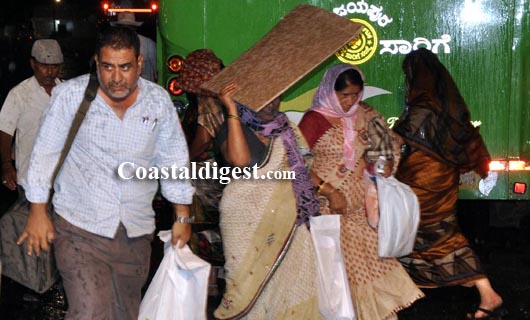 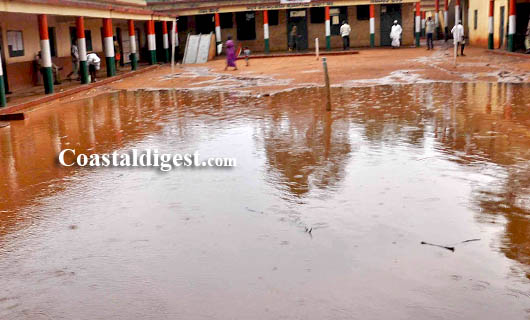 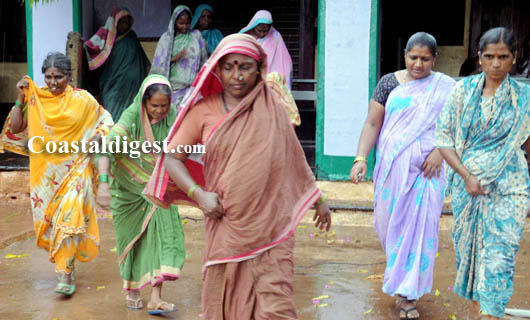 In a tweet, he further said 13,578 cases have been filed over not wearing masks, while 91 cases were registered for failing to maintain social distancing in public places.

As many as 253 cases under NDMA Act and 286 cases under Epidemic Diseases Act have been filed in the district.

The Commissioner said that 92 police officers in city commissionerate jurisdiction have been tested positive during the second wave and 22 active cases are undergoing treatment.

He also appealed to the public to adhere to the lockdown guidelines issued by the state government.

Mangaluru, June 12: The district administration is likely to impose a total lockdown in 40 villages as well as in Ullal, Someshwar, Kotekar and Belthangady where Covid positivity rate is high.

A meeting in this regard was held at Deputy Commissioner office chaired by district incharge minister Kota Srinivas Poojary.

BJP State President Nalin Kumar Kateel said, people are not taking covid-19 seriously, despite lockdown , many are roaming unnecessarily, to bring down the positivity rate, people must follow covid guidelines.

Dakshina Kannada Deputy Commissioner Rajendra Kumar said lockdown rules cannot be relaxed now as it will be difficult for us to bring down the positivity rate, also, necessary action has been initiated to supply equipment, lab technicians and vehicles to primary health care centers.

The district administration also warned people of unnecessary movement and asked them to stay home during the lockdown.

Bengaluru, June 8: The Karnataka Common Entrance Test for various vocational courses, including engineering, is scheduled to be conducted on August 28 and 29.

"The CET exam will take place on August 28 and 29. Each subject will carry 60 marks," Deputy Chief Minister C N Ashwath Narayan said at a press conference on Tuesday.

The Maths and Biology exams will be held on the first day while Physics and Chemistry on the second day. Registration will commence from June 15, he said, adding that the PUC marks will not be taken into account. Narayan further said students will be required to score a minimum mark to clear the entrance test.