Mangalore, Apr 20: As part of a critical service learning project initiated by Fulbright Specialist from the United States Dr Lorna Gonsalves using a Creative Peaceful Resistance (CPR) approach, the opening of ‘Reflection Park’ and unveiling of a painted mural in the premises of School of Social Work, Roshni Nilaya at Valencia here on Monday. 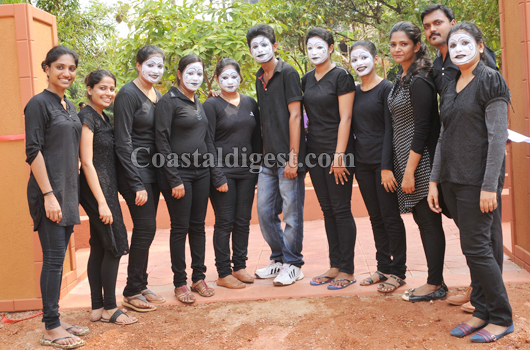 With domestic workers as the focus group, the critical service learning project uses a unique approach known as CPR which uses the form of art as a channel for creatively and peacefully protesting against injustice.

Briefing mediapersons after inaugurating the park, Dr Lorna Gonsalves said that the critical service learning project would involve bringing domestic workers to the campus and also interacting with employers, towards sensitizing them to the plight of the domestic workers.

An association for domestic workers had been formed, which will help identify those being discriminated or denied of their rights and seeking legal help. Meanwhile, an employers’ association will also be formed to help involve more employers in the project. The project will also seek to involve the Mayor, police department and lawyers in the city, she informed.

Part of the project, the reflection park was set up as a site for prompting, reflection and promoting dialogues and inspiring collective action guided by the CPR approach. This approach will also be used by students involved in the project to inform, engage and transform communities. A mural depicting the plight of domestic workers in the park was painted by a group of artists from ISIRI Art who were also present on the occasion.

Students from School of Social Work, Roshni Nilaya involved in the Fulbright project used creative expression to spread awareness about the project at a programme organised in the campus prior to the inauguration of the park. The students conducted a mime show, song and a tableau to express the plight and suffering of domestic workers in the country.

Principal of Roshni Nilaya Dr Sophia Fernandes welcomed the gathering and briefed about the Creative Peaceful Resistance approach and the Reflection park in the campus. 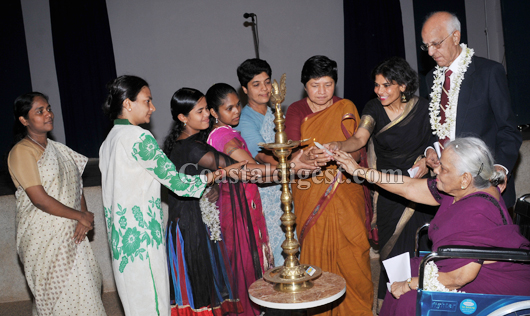 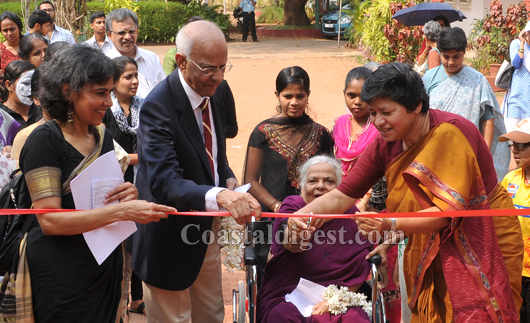 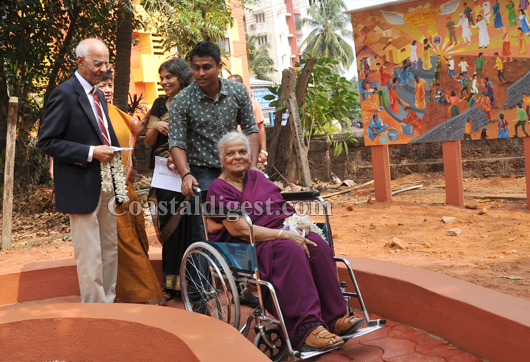 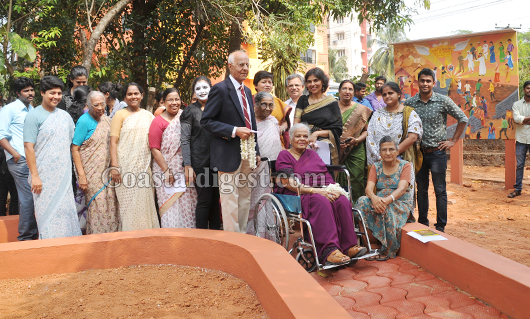 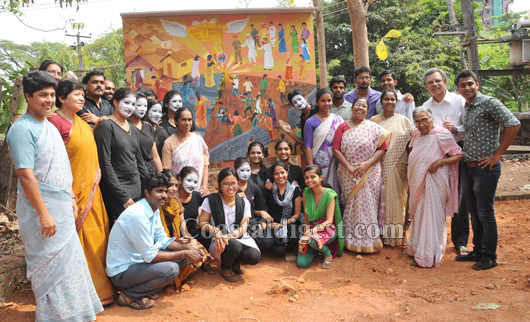 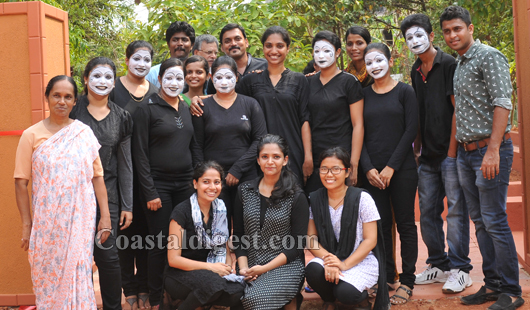 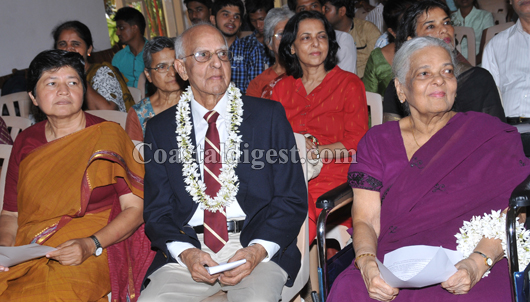 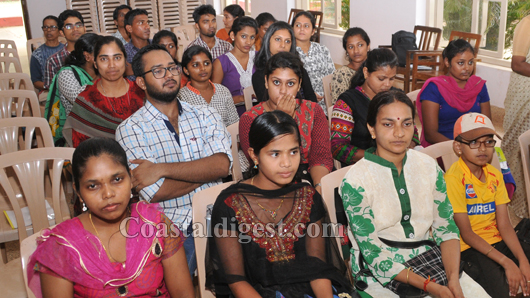 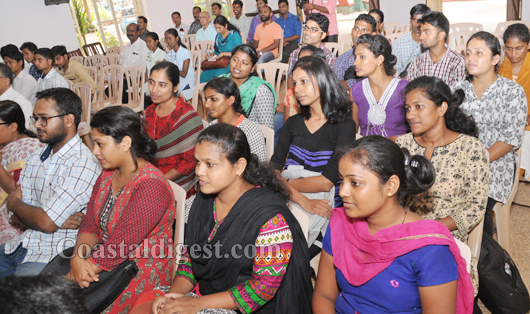 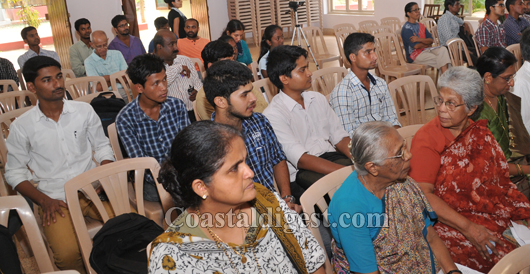 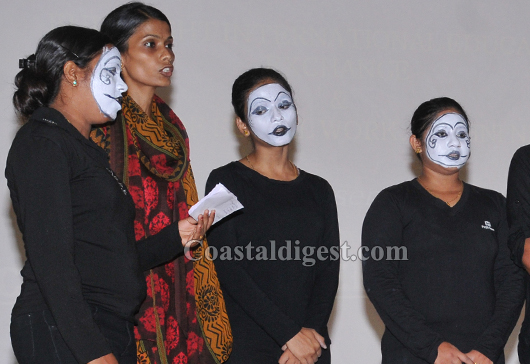 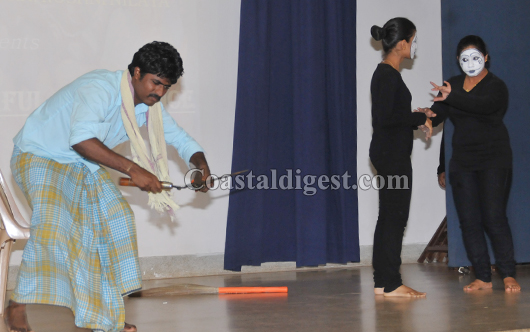 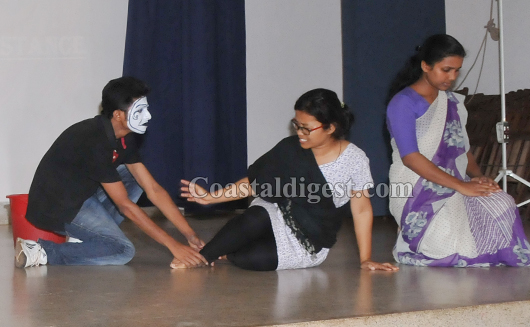 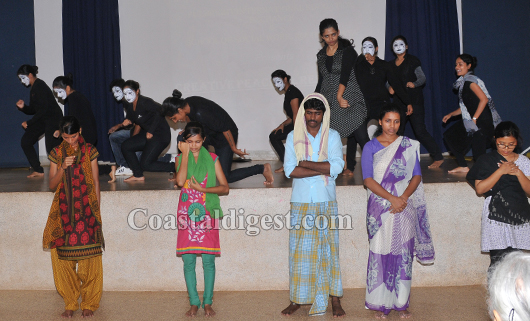 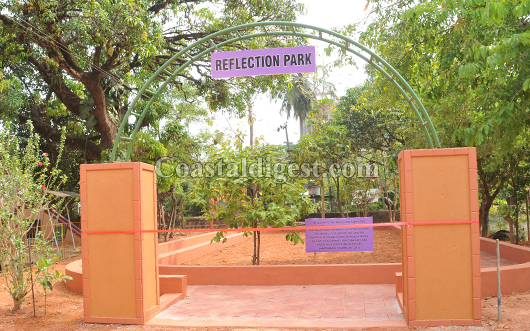 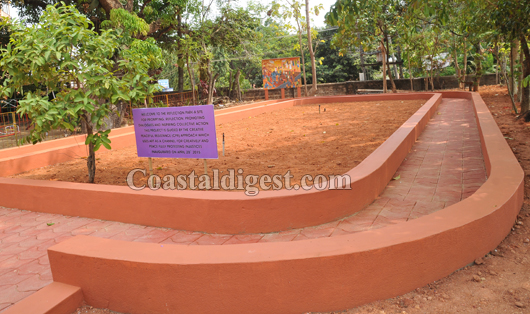 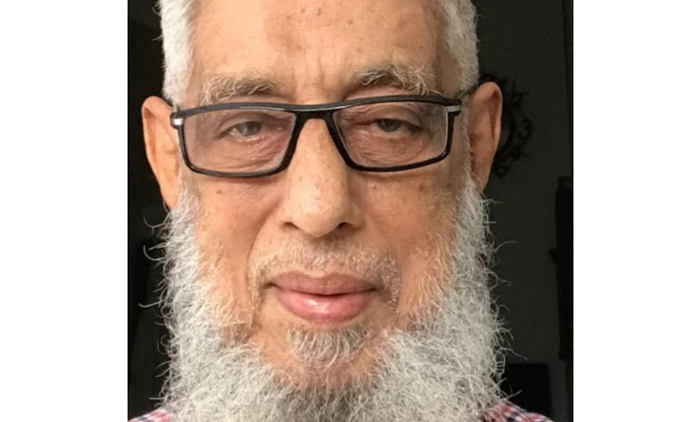 Mangaluru, May 7: City based advocate and Islamic activist Ilyas Ahmad Bawa passed away today following a few days of illness. He was 80.

By profession he was an advocate. He was also a strong advocate of the peaceful co-existence and communal harmony in the region as well as country.

For several years he strived for the development of Muslim community. He promoted teachings of Quran and Sunnah. He contributed towards strengthening Salafi movement.

He left behind his wife, son, daughters and a huge number of relatives, friends and well wishers.

Bengaluru, Apr 28: Amid surging Covid-19 cases in the State, Karnataka Revenue Minister R Ashoka claimed on Wednesday most infected people have switched off their phones and about 3,000 of them who have gone 'missing' from Bengaluru are spreading the disease. Police have been asked to trace them, the minister told reporters.

"We are giving free medicines to the people, which can control 90 per cent of cases, but they have (Covid infected people) switched off their mobile phones. They reach the hospital in a critical stage to desperately look for the ICU beds.This is what is happening now," Ashoka said.

He said most of those infected with Covid-19 have switched off their phones and are not letting people know about their whereabouts, which is making things difficult.

"I feel that at least 2,000 to 3,000 people in Bengaluru have switched off their phones and left their houses.We don't know where they have gone," the minister added.

Appealing to the infected people to keep their phones switched on, Ashoka said police have been asked to track them.

"I pray to them with folded hands that Covid cases will only increase due to this (behaviour). It is wrong when you reach for ICU beds at the last moment," the minister said.

The government has imposed a lockdown for 14 days restricting unnecessary movement of people starting from Tuesday night to contain Covid cases, which is rising at an alarming proportion.

More than 30,000 fresh Covid-19 cases were reported on Tuesday including over 17,000 in Bengaluru, while the active cases have exceeded three lakh in the state of which two lakh are in the state capital.

Complete lockdown in Karnataka from May 10 to May 24

Bengaluru, May 7: Karnataka Chief Minister BS Yediyurappa on Friday announced a complete lockdown from 6 am on Monday, May 10, to 6 am on May 24.

The chief minister said that the earlier Janata Curfew has not been successful as coronavirus cases are surging in the state. “All hotels, pubs and bars will remain closed,” he said. “Eateries, meat shops and vegetable shops can operate from 6-10 am.”

The state government had imposed a two-week lockdown from April 27 but used the term “close down” for the restrictions.

On Thursday, Karnataka reported 49,058 new coronavirus infections, taking the active caseload to 5,17,095 since the pandemic broke out in January last year, reported the Hindustan Times. With 328 deaths, the toll climbed to 17,212.