Dubai, Mar 9: The Emirates Schools Establishment has announced the registration of non-Emirati resident pupils would be carried out between April 4 and 15in public schools in the UAE for the academic year 2021-22.

The registration is open to all Grades till 12.

However, the enrolment for kindergarten (KG) 1 and 2 in public schools is only available for Emirati pupils. An exception has been made for those UAE residents who live in remote parts of Abu Dhabi emirate.

Emirati pupils’ registration process started on Sunday (March 7) and will continue till April 1.

In a recent circular, the establishment clarified that pupils must be four and five years old to enrol in KG-1 and 2, respectively. Similarly, for Grade-1, the cut-off age is between six and eight years.

The circular outlined several requirements for registering UAE resident pupils in public schools. They include a pupil’s performance must be distinguished with a grade which is not less than 85 per cent or its equivalent in three subjects such as Arabic, English and mathematics.

Also, the number of resident pupils admitted to public schools should not exceed 20 per cent of their total strength.

The tuition fees paid by resident pupils enroled in public schools has been capped at Dh6,000 for the entire academic year.

The circular also specified other requirements in public schools, including pupils residing in the vicinity of a school, compliance with the deadline for the registration process and adherence to other norms as stipulated by the authorities. 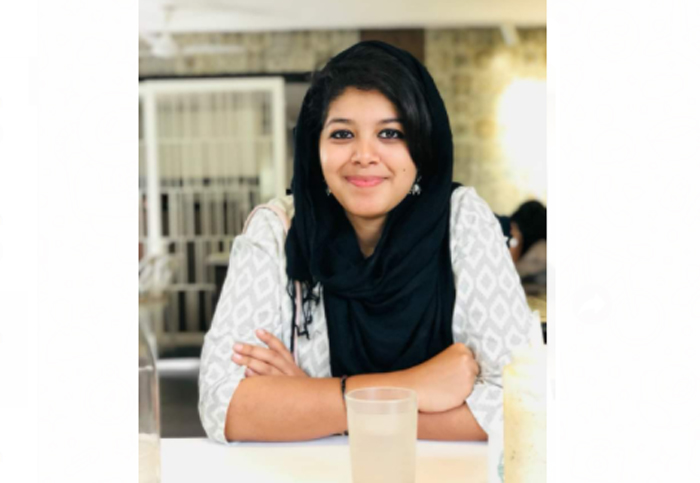 Mangaluru, Apr 28: A 25-year-old woman doctor who was undergoing treatment for covid-19 succumbed to the deadly disease in the city.

The deceased has been identified as Dr C C Maha Basheer of Palisseri Nabams House in Thalassery. Maha, who was five months pregnant, was admitted at Mangaluru Indiana Hospital.

The doctors could not save her baby. Although she tested negative in the test conducted two days back, she continued treatment following breathing problems. She was studying for MD at Kanachur Medical College, Deralakatte, Thokkottu, Mangaluru.

Maha was wife of Dr Savafar of Kasargod. She was daughter of C C Abdul Basheer and Nazriya Basheer. Maasin Basheer, Misnan Basheer and Milas Basheer are her siblings. Her last rites were held at Stadium Juma Masjid in Thalassery.

Ahmadabad, May 1: At least 18 coronavirus patients died after a fire broke out at a hospital in Gujarat's Bharuch in the early hours on Saturday.

Gut-wrenching visuals of the tragedy showed remains of some patients roasted alive on stretchers and beds.

There were around 50 other patients at the four- storeyed Welfare Hospital when the fire broke out in the Covid-19 ward at 1 am. They were rescued by locals and firefighters, an official said.

"As per information at 6.30 am, the death toll in the tragedy stood at 18. Immediately after the fire, we had confirmation of 12 deaths," a police official told PTI.

The 12 patients in the Covid-19 ward died due to the fire and resultant smoke, Bharuch SP Rajendrasinh Chudasama said.

It is not clear if the remaining six also died in the Welfare hospital or while being shifted to other hospitals.

The Covid-19 designated hospital is situated on the Bharuch-Jambusar highway, around 190 km from the state capital Ahmedabad and is being run by a trust.

The cause of the fire is yet to be ascertained, the official said.

The fire was controlled within an hour and around 50 patients were rescued by locals as well as firefighters, a fire official said. They were shifted to nearby hospitals, he added. 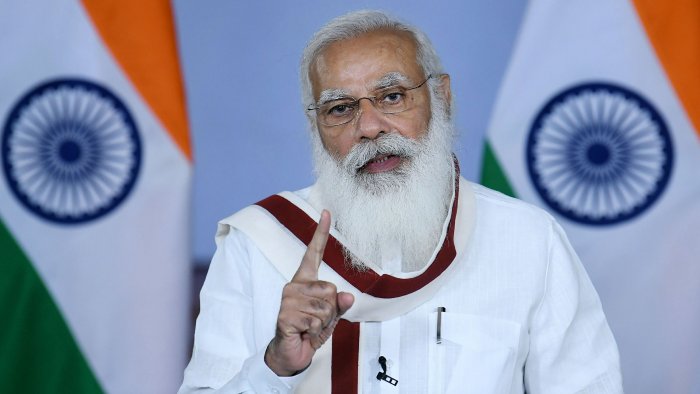 Newsroom, Apr 25: Prime Minister Narendra Modi is addressing the nation through his monthly radio programme 'Mann ki Baat' on Sunday, as the country grapples with a second Covid-19 wave.

In his last Mann ki Baat, Modi hailed the world's largest vaccination programme being carried out in India against the Covid-19 and stressed on "dawai bhi, kadai bhi" (medicines as well as strict preventive measures).

He also hailed the 'taali-thaali' campaign and lighting of diyas last year, saying it had touched the hearts of 'corona warriors'.

Key points from his address:

1. The government of India is dedicated to taking forward the efforts of the state governments to tackle the current Covid-19 situation, says PM

2. "I urge people to not fall prey to any rumour about vaccine. You all must be aware that Govt of India has sent free vaccine to all State Govts. All people above 45 years of age can benefit from this. From May 1, vaccines will be available for every person above 18 years of age," he said.