Over 50 killed, dozens injured in fire at covid hospital in Iraq

Baghdad, July 13: At least 50 people were killed and dozens injured in a fire likely caused by an oxygen tank explosion at a coronavirus hospital in Iraq's southern city of Nassiriya, health officials and police said on Monday.

As rescuers combed the smoke-charred building in search of more bodies, Prime Minister Mustafa al-Kadhimi held urgent meetings with senior ministers and ordered the suspension and arrest of health and civil defence managers in Nassiriya, his office said in a statement. The manager of the hospital was also suspended and ordered to be arrested, the statement added.

Ammar al-Zamili, spokesman for the Dhi Qar health department, told local media there were at least 63 patients inside the ward when the fire began.

"Health crews carried charred bodies out of the burning hospital while many patients were coughing from the rising smoke," a Reuters reporter at the site of the fire said.

Health officials at Nassiriya said search operations at the al-Hussain coronavirus hospital were continuing after the fire was brought under control, but thick smoke was making it difficult to enter some of the burnt wards.
"Raging fires have trapped many patients inside the coronavirus ward and rescue teams are struggling to reach them," a health worker told Reuters before entering the burning building.

Initial police reports suggested that an oxygen tank explosion inside the hospital's Covid-19 wards was the likely cause of the fire, a policeman at the scene of the fire said.

"I heard a big explosion inside the coronavirus wards and then fire had erupted very quickly," said Ali Muhsin, a hospital guard who was helping carrying wounded patients away from fires.

Health sources said earlier the death toll from Monday's fire could rise as many patients were still missing. Two health workers were among the dead, they said.

Angry relatives gathered in front of the hospital and clashed with police, setting fire to two police vehicles, a Reuters witness said.

Already decimated by war and sanctions, Iraq's healthcare system has struggled to cope with the coronavirus crisis, which has killed 17,592 people and infected more than 1.4 million.

In April, a fire caused by an oxygen tank explosion at a Covid-19 hospital in Baghdad killed at least 82 people and injured 110 others.

Weary of political violence, Iraqis also suffer frequent accidents due to under-investment, corruption and wrecked infrastructure. During the coronavirus crisis, hospitals have struggled with an influx of patients and short supplies.

"Corrupt officials must be held accountable for the fire and killing innocent patients. Where is my father's body," said one young man as he searched among charred bodies wrapped in blankets in the hospital's yard. 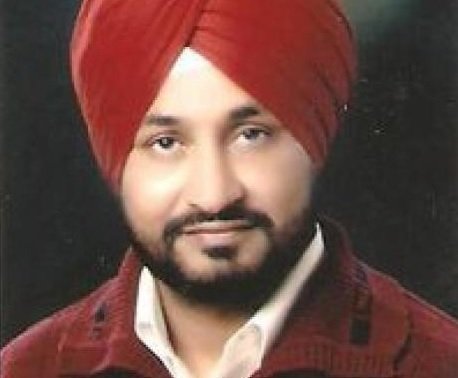 The choice of Mr Channi as leader of the Congress' state legislature party, and the head of its government, was confirmed by state-in-charge Harish Rawat, who tweeted: "It gives me immense pleasure to announce that Charanjit Singh Channi has been unanimously elected as the Leader of the Congress Legislature Party of Punjab."

News of Mr Channi's appointment came as something of a surprise after sources, just a few hours earlier, appeared to confirm that another outgoing minister - Sukhjinder Singh Randhawa - would be named to the top post.

Mr Randhawa's name, however, was reportedly met with doubts by some party MLAs and the Congress high command - keen to ensure the new Chief Minister has the maximum internal support - quickly switched tack.

"I am happy with high command's decision.... I want to thank all the MLAs who have supported me. Channi is my brother..." Mr Randhawa said soon after Charanjit Channi was announced as Chief Minister.

Months of sniping and hostility between Amarinder Singh and Navjot Sidhu came to a head late Friday after a sudden meeting of Congress MLAs. Sources said around 50 of the party's 80 MLAs wrote to Sonia Gandhi and asked for Mr Singh to be replaced.

A furious Mr Singh then spoke to Mrs Gandhi and told her he had had enough. "I was humiliated three times by Congress leadership..." he said. He wrote to Mrs Gandhi declaring himself "anguished" and to defend his administration's track record.

The Captain also said that though he had resigned, "... for the sake of my country, I'll oppose his (Navjot Sidhu) name for Chief Minister. It's a matter of national security... is an incompetent man... a total disaster..." Of further worry for the Congress, perhaps, was Mr Singh's response to staying with the party; "I can't answer right now."

This morning's meeting of the Congress Legislature Party was postponed after Rajya Sabha MP Ambika Soni - believed to be the party's first choice - declined the offer. Ms Soni said "no" at a late-night meeting with Rahul Gandhi; she stressed on the "ramifications" of a non-Sikh Chief Minister, particularly with an election due.

The Singh-Sidhu feud dates to the 2017 election; Mr Sidhu had hoped to be Deputy Chief Minister but was reportedly denied by Mr Singh. He was instead made a minister but quit two years later. After a sulk he re-emerged, targeting Mr Singh and becoming a hard-to-ignore problem, forcing the party into a mediation attempt that soured after Mr Singh voiced disapproval at Mr Sidhu being made Punjab Congress chief.

The rift escalated sharply in recent weeks and a tenuous truce unravelled after statements by Mr Sidhu's advisers. Last month, four ministers and around 24 MLAs raised fresh complaints against Mr Singh, setting the stage for the weekend's drama.

Bengaluru, Sept 21: In associated cognition by the Military Intelligence and Karnataka Police a spy, who was moving for Pakistan's Inter-Service Intelligence (ISI), was arrested on Monday in Karnataka’s capital.

The accused has been identified arsenic Jitendra Singh from Rajasthan's Barmer district, according to constabulary sources.

Accused spy Jitendra Singh took the videos and photos of Army bases, firing ranges and question of the Indian Army and sent them to the ISI agents, sources said.

The accused wore an Indian Army azygous portion taking pictures and videos. After sending the videos, photos and dependable messages, helium would delete each of them. However, the constabulary officers person managed to retrieve each the deleted messages, sources said.

Jitendra Singh by an ISI agent. The cause struck a relationship with Singh arsenic helium had enactment up a representation of him successful service uniform.

Sources further said helium came successful interaction with ISI successful 2016. After saccharine talks for years, helium was asked to nonstop videos, photos and different accusation successful instrumentality for a immense sum of money. The accused agreed and carried their orders. He was paid digitally from antithetic accounts, sources add.