Mangaluru, Jul 21: Eid al Adha, which commemorates the blessed life and sacrifices of Prophet Ibrahim, was celebrated coastal district of Dakshina Kannada as well as other parts of Karnataka and country today with all necessary covid precautions. (It was celebrated in the Middle East and other parts of the world yesterday.)

Eid prayers were held in most of the mosques in Mangaluru and Udupi. However, due to the covid-induced restrictions imposed by the state government, the number of devotees in the mosques was less.

The government had urged the mosques to not to allow devotees beyond its 50% capacity. Besides people aged above 65 years and children below 10 years were also barred from taking part in the Eid prayers at mosques. Wearing of mask, physical distancing and sanitization etc were also among the requirements.

As this Eid falls in the month of Dhu al-Hijjah, the twelfth and final month in the Islamic calendar, it is also the time when pilgrims undertake their pilgrimage of Hajj. “When we enter the first 10 days of this blessed month, the Muslims’ hearts and prayers are with those undertaking the holy pilgrimage of Hajj during these days,” said a cleric. 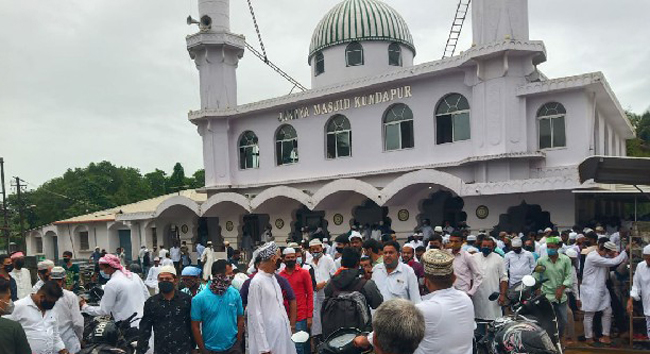 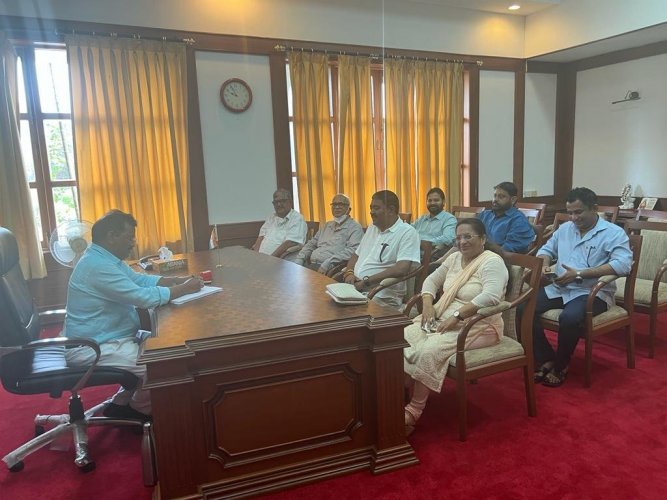