Protest erupts against assault on student for waving Kannada flag 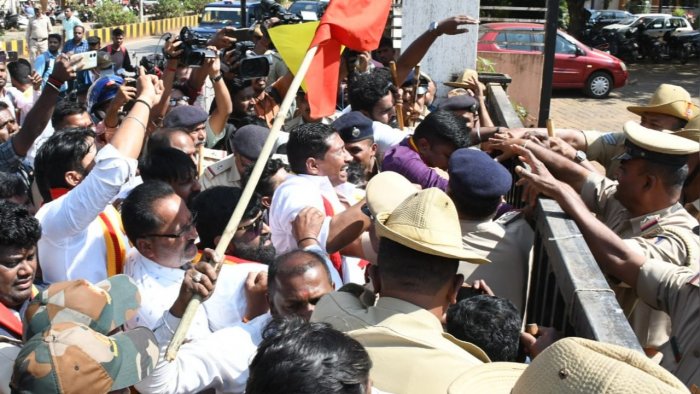 Activists were detained while attempting to gain entry in the premises of the college to protest against the alleged incident.

It all started after one of the students of the host college was beaten up by another student for dancing with the Kannada flag during the fest. While videos of the fight between the two students went viral on social media, the minor student who was beaten up at the college accused Deputy Commissioner of Police (Law and Order) Ravindra Gadadi and Assistant Commissioner of Police (Market Subdivision) N V Baramani of abusing and assaulting him when he went to file a complaint.

"A student during the fest had displayed his love for Kannada and him being assaulted was not acceptable. Even police officials assaulted him and action needs to be taken against concerned officials," Karnataka Rakshana Vedike District president Deepak Gudagnatti said.

Activists later staged demonstration in front of the college gate and one of them tied the Kannada flag atop the arch. They raised slogans condemning the incident. Police detained some activists when they attempted to enter the college premises.

Deputy Commissioner of Police (Law and Order) Ravindra Gadadi said, "Both the students involved in the incident were Kannadigas and minors. We had brought them to the police station and told them not to bring linguistic issues in educational institutions. The incident had taken place when students were dancing and it was a spontaneous reaction."

Authorities of the KLS Gogte PU College expressed regret over the incident. "We will review the incident and take action against those responsible," they said.

Additional police personnel has been deployed near the college and RPD Circle to ensure that no untoward incidents take place. 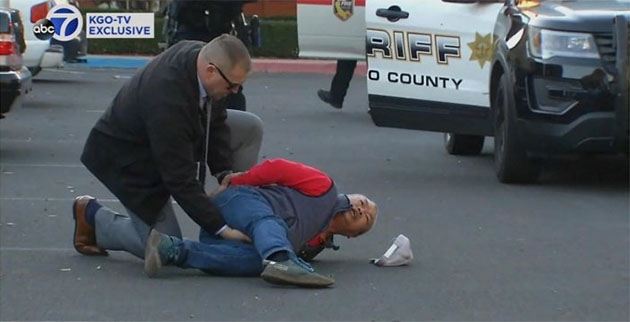 Half Moon Bay, Jan 24: An Asian farm worker was in custody Monday after seven of his colleagues were killed in front of children at sites in California, days after a mass shooter killed 11 people at a Lunar New Year celebration near Los Angeles.

The latest bloodshed to hit Asian Americans in California occurred at two farms around Half Moon Bay, a coastal community near San Francisco.

San Mateo County Sheriff Christina Corpus said seven people were killed and one injured in the twin shootings, and that a 67-year-old Half Moon Bay resident named Chunli Zhao had been taken into custody.

As the new tragedy unfolded, detectives at the southern end of the state were still probing what drove an elderly Asian immigrant to shoot dead 11 people gathered in celebration at a suburban dance hall -- before taking his own life as police closed in.

Both suspects used semiautomatic handguns in their assaults, and both appeared to have connections to at least some of their victims.

Four people were dead at one of them and one critically wounded.

"There's people that live at the location as well... it was in the afternoon when kids were out of school and for children to witnesses it is unspeakable," she said.

Corpus said Zhou then drove to a sheriff's substation in Half Moon Bay where ABC7 crews captured dramatic footage of his arrest as he was pulled to the ground by armed officers.

"Zhao was taken into custody without incident and a semi-automatic handgun was located in his vehicle," Corpus said.

Reports said the dead are Chinese farmworkers, and that Zhao had worked at one of the farms.

News of the fresh carnage came as detectives just a few hundred miles (kilometers) away in Monterey Park were trying to piece together why Huu Can Tran gunned down revellers gathered at a dance studio for Lunar New Year on Saturday night.

Los Angeles County Sheriff Robert Luna said Monday that Tran, who had been arrested in 1994 for unlawful possession of a firearm, fired 42 rounds in the attack.

But, he said, much was still unknown.

"What drove a madman to do this? We don't know. But we intend to find out," he told reporters.

Luna confirmed officers had been told Tran may have been known to some of his victims, but said there was currently no evidence he was related to any.

News of a second mass shooting in California in less then 48 hours spread ripples of shock through the state, which already has some of the strictest firearm laws in the United States.

An exasperated Governor Gavin Newsom, who had earlier Monday been in Monterey Park where he lashed out at federal inaction over guns, called it another "tragedy."

"At the hospital meeting with victims of a mass shooting when I get pulled away to be briefed about another shooting. This time in Half Moon Bay. Tragedy upon tragedy," he tweeted.

Saturday night's mass shooting was the worst in the United States since a teenage gunman in Uvalde, Texas killed 21 people at an elementary school last May. All but two were children.

On Monday a picture began to emerge of the culprit in Monterey Park, a man who, according to his marriage license, had immigrated from China, and who had been a regular at the Star Ballroom Dance Studio in the past.

Tran's ex-wife told CNN the couple had met there two decades ago when he offered to give her informal lessons.

The woman, who did not want to be named, said they married a short time later, but the relationship did not last, with the divorce finalized in 2006.

She said Tran, who sometimes worked as a truck driver, was not violent, but could be impatient.

A man who said he had previously known Tran said he would complain about dance teachers, who, he claimed, would say "evil things about him", CNN reported.

He was "hostile to a lot of people there," the man told the broadcaster.

Detectives who searched a mobile home where Tran had been living in Hemet, 85 miles (140 kilometers) east of Los Angeles, recovered a rifle, electronics and ammunition, Luna said.

Police in the city said earlier this month Tran had made "fraud, theft, and poisoning allegations involving his family in the Los Angeles area 10 to 20 years ago."

The family of 65-year-old My Nhan said the tragedy was "still sinking in."

"She spent so many years going to the dance studio in Monterey Park on weekends," a statement said.

"It's what she loved to do. But unfairly, Saturday was her last dance.

Amid the grief, one tale of heroism has given hope 26-year-old Brandon Tsay revealed how he grappled with Tran as the elderly man arrived at another dance studio, in what police believe was a planned second attack.

"He was hitting me across the face, bashing me in the back of my head, I was trying to use my elbows to get the gun away from him," Tsay told ABC.

"Finally, at one point I was able to pull the gun away from him, shove him aside, create some distance, point the gun at him, intimidate him, shouting, 'Get the hell out here. I'll shoot. Get away. Go.'" 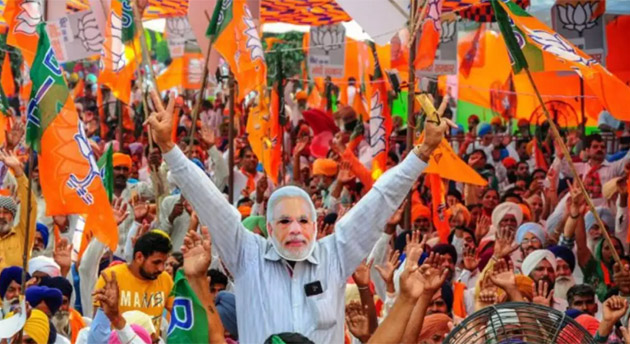 Story of 5 Indians killed in Nepal crash: UP man had gone to Pashupatinath Temple with 3 friends for son’s birth; Bihar youth had gone to see newborn niece 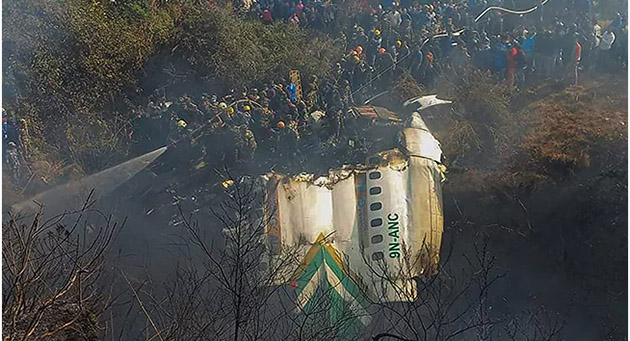 One of five Indians who died in the plane crash in Nepal's Pokhara Sunday was a 35-year-old liquor store owner from Uttar Pradesh's Ghazipur district, who had gone to pray at the famous Pashupatinath Temple in Kathmandu.

Sonu Jaiswal - whom police believe shot a Facebook Live video moments before the crash - was going to offer thanks for the birth of his son.

"Sonu, along with his three friends, had gone to Nepal on January 10. His main purpose was to pay obeisance... as his wish to have a son - now six months old - has been fulfilled. But fate had something else in store for him," Vijay Jaiswal, a relative and head of his village, told news agency PTI.

Sonu Jaiswal already had two daughters and he had taken a vow to visit the Pashupatinath Temple if he had a son, Vijay Jaiswal said.

All four were to return Tuesday after paragliding in Pokhara.

The fifth Indian was 26-year-old Sanjay Jaiswal from Bihar's Sitamarhi. He had gone to visit his sister’s house in Nepal’s Pokhara as she had recently given birth to a daughter. It was his first trip to Nepal.

The Facebook Live video believed to have been shot by Sonu Jaiswal is a 97-second clip in which a man can be seen filming the plane's attempt to land.

Nepal prime minister Pushpa Kamal Dahal has set up a panel to investigate the accident - reported as the country's worst aviation disaster in 30 years.

A report is expected in 45 days.

There were 72 people on board the twin-engine ATR operated by Yeti Airlines when it crashed while landing at Pokhara's newly-opened airport, officials said.