Mangaluru, July 13: Moderate to heavy rains continued to lash coastal districts and Malnad on Tuesday morning. The regions have been experiencing incessant rain since last Thursday.

The unrelenting rains have swelled the west-flowing rivers. A 40-year-old man was feared to have been washed away in Mundalli river in Bhatkal taluk. Local fishermen made a vain effort to save Sridhar Devadiga.

Several houses were damaged in the rain in Udupi and Dakshina Kannada districts. The IMD has forecast heavy showers in the coast till July 17. With winds reaching speeds of up to 60 kmph and high waves, the weather department has warned the fishermen not to venture into the rough Arabian Sea.

Hilly districts Kodagu and Chikkamagaluru have been receiving good rainfall. The relentless downpour in the region have swelled the reservoirs in Shivamogga. On Monday, inflow to Linganamakki reservoir clocked 7,083 cusec while Tunga and Bhadra dams received 4,842 and 3,339 cusec respectively.

Cauvery and Lakshmanathirtha rivers have been recording copious inflows in the last few days. Water level in Harangi reservoir in Kodagu has gone up by quite a few notches.

Parts of Bidar and Kalaburagi districts recorded good rainfall on Monday. The twin districts have been experiencing heavy showers in the last three to four days. 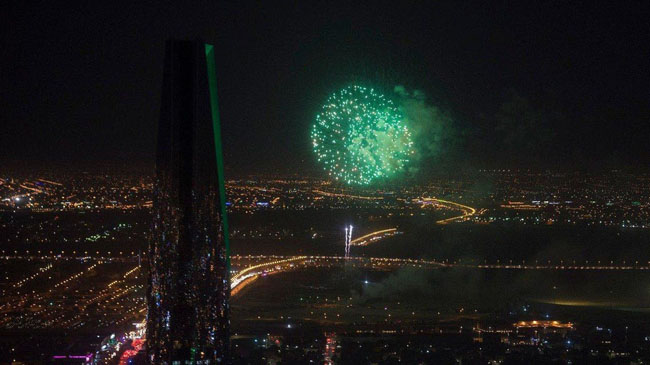 Fervour and happiness are on their zenith in the Kingdom of Saudi Arabia as it celebrates its 91st National Day. The National Day of the KSA is observed with growing avidity every year on 23rd Sept. This day is observed as a day off for all private and public sectors as per the Kingdom's Labour Law.

We feel that earth and sky are blended with grand greens with the impressive decorations of the Saudi flags and phrases on this occasion. "THIS IS OUR HOME" is the attractive catch-line this year.

When it comes to the development and progress in the KSA, the old dictum "From Camel to Cadillac" takes its high speed as the Kingdom saw the great and rapid milestones in the field of political, economic, educational, healthcare, industrialization, national security, military and socio-humanitarian including in judicial spectrums under the visionary leaderships of King Salman and Crown Prince Mohammed bin Salman. Now its eyes are on the voyage to moon!

I feel something missing if I don't say something about the management and control prudently steered by the KSA and its leaderships during covid-19. It's highly appreciative and unparallel jobs undertaken by its leaderships. Today the case of corona is only 57 in the KSA.

Today hundreds of thousands of non-resident Indians living in Saudi Arabia too are saying, indeed "THIS IS OUR HOME".

The author, Adv. P A Hameed Padubidri, has been working in Saudi Arabia for last 17 years. He is also a lawyer and a social worker.